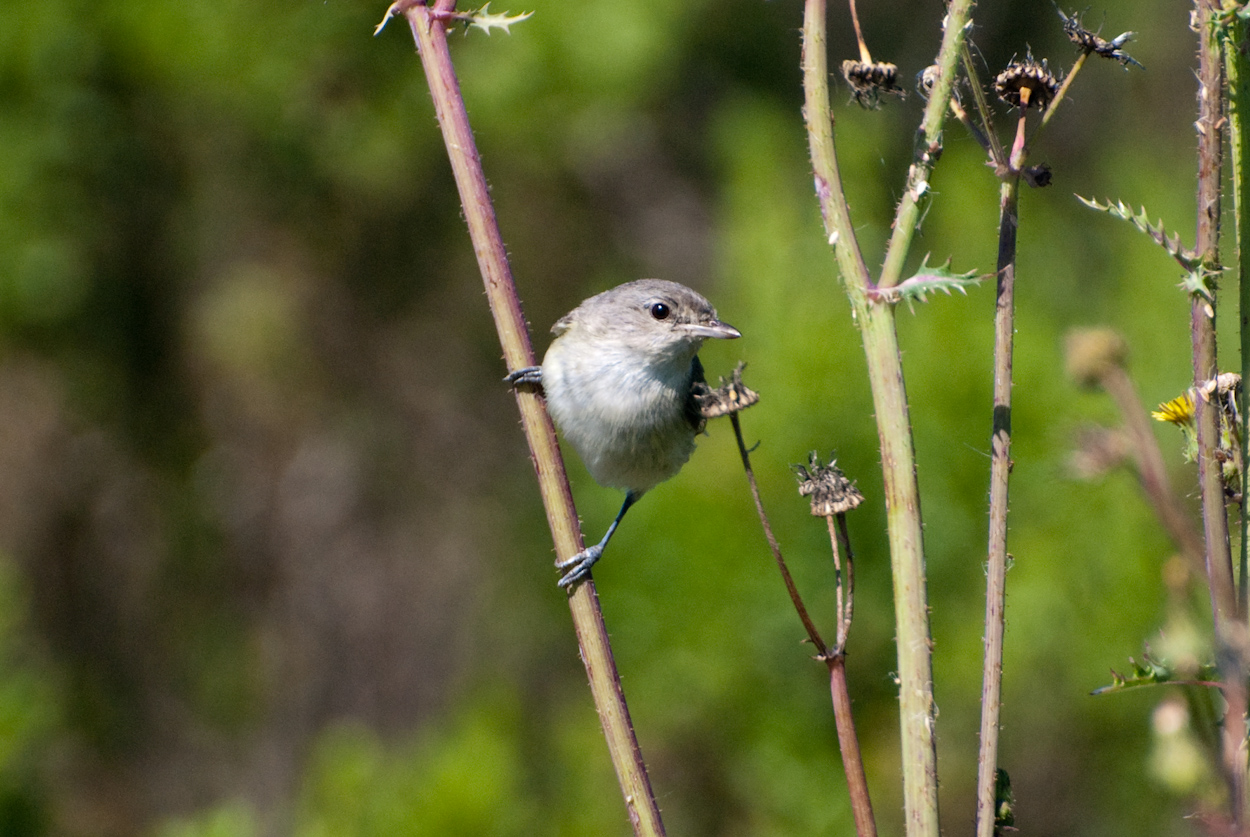 In 2017-2019, conduct surveys for least Bell's vireo and habitat assessment to compare population status and recovery in the MSPA before, during, and after SHB/Fusarium complex in infested habitat over time at the Tijuana River Valley and other sites, if funding available, such as Camp Pendelton and San Luis Rey River. Prepare site-specific management recommendations based on survey results and habitat assessments.

In 2020, if least Bell's vireo survey results indicate management is needed to reduce impacts from SHB/Fusarium infestation, then develop a management plan that incorporate SHB/Fusarium monitoring and management and prioriotize management recommendations.

Beginning in 2021, monitor the effectiveness of management actions implemented for least Bell's vireo on Conserved Lands

Overall Confidence
Current Status
The current overall condition status of the Least Bell�s Vireo Species Indicator is Good based on the single metric of occupied grid cells surveyed on the San Luis Rey River. This metric is classified as Good condition and Improving trend. Additional metrics will be added as more information becomes available, including expanding Metric 1 to encompass additional riparian systems beyond the San Luis Rey River. As additional data are compiled, other metrics are planned to document conservation of suitable habitat and the success of riparian restoration projects and cowbird trapping programs on vireo population recovery.
Metrics Dashboard
Full metric information for this species is available on our Dashboard.
Metrics Dashboard

The historic breeding range was centered in the San Joaquin, Sacramento and Central Valleys and extended south to Baja California. Despite a large increase in overall population numbers over the last few decades, most nesting occurs from Santa Barbara County southward and from northwestern Baja California south to at least Cataviña, while the vireo is rare in the northern part of its historic range. Southern California supports 99% of the total population, with 54% in San Diego County and 30% in Riverside County [1]. The range during the nonbreeding season includes the Cape region of Baja California, with stragglers in southern California [2; cited from 3].

Dependent upon riparian habitat during breeding season. Prefers willow-dominated woodland or scrub that typically exists along streams and rivers. Other habitat types used include Baccharis scrub, mixed oak/willow woodland, mesquite woodland, and elderberry scrub. Habitat characteristics that appear to be essential include dense cover from 1-2 meters in height for nesting and foraging, and a stratified canopy providing both foraging habitat and song perches for territorial advertisement [4]. Not limited in winter to willow-dominated riparian areas. Occupy a variety of habitats including mesquite scrub within arroyos, palm groves, and hedgerows bordering agricultural and residential areas [5,6]. During migration, uses coastal scrub, riparian, and other woodland habitats [7; cited from 5]. Elevational extremes of -54 m in Death Valley to 1260 m in Bishop, Inyo County [8; cited from 5].

No changes to taxonomic classification or accepted nomenclature have been published or proposed since listing [1]. Originally thought to be one of four subspecies of Bell's Vireo recognized by the American Ornithologist's Union [AOU 1957; cited from 5], recent research suggests they are not one species with four subspecies, but two species, each with two subspecies. Results support distinctiveness of the Least Bell’s Vireo as a taxon and its recognition as state and federally endangered [9].

Typically arrive on breeding grounds in southern California in mid-March through May, with majority of birds arriving during the latter half of April. In San Diego County, majority of population breeds along San Luis Rey and Santa Margarita rivers [10]. Nesting lasts from early April through July, but adults and juveniles remain on breeding grounds into late September/early October before migrating to wintering grounds in southern Baja California, Mexico [4,11]. Occasionally occur in California in the winter [5].

Males vocally conspicuous and sing throughout breeding season from exposed perches. Females arrive approximately 1-2 weeks after males, are more secretive, and often seen early in the season traveling through habitat with the male [11]. Typically breed in their first year as adults; breed in dense, low, early successional vegetation where they lay eggs at one-day intervals with three to four eggs per clutch, incubate for about 14 days, and fledge young about 10–12 days later [4,5,12]. Both sexes feed and brood nestlings. Fledged young may be cared for by both parents, or, if the pair renests, primarily by the male [5]. Monogamous, though may switch mates between successive nesting attempts within the same season and between years (serial monogamy) [5;6]. Will attempt to renest following unsuccessful nests and will occasionally raise two broods in the same season [4]. Have an open-cup nest placed in the horizontal fork of a tree or shrub branch and bound at the rim. Nests typically constructed of soft plant strips and shreds, leaf fragments, small pieces of bark, spider webs, and other material. Usually lined with soft substances such as plant down or hair [13; cited from 5].

Primarily insectivorous; takes a wide variety of prey species, including caterpillars, beetles, bugs, moths, grasshoppers [14 cited from 4;13 and 15 cited from 5] and small spiders in the breeding season [12]. Obtain prey primarily by foliage gleaning and hovering, with occasional use of hawking (pursuit and capture of flying prey) and clinging (hovering but with the feet in contact with the vegetation) [5]. Individuals may forage in woodlands or scrub habitat near nesting habitat, concentrated in lower to mid-canopies, especially when actively nesting [12,14; cited from 6]. Also forage in upland vegetation adjacent to riparian corridors particularly late in the season [16,17,18; cited from 6].

On average, 20% of first-time breeders dispersed away from natal drainages, with a higher proportion of males (22%) than females (13%) dispersing [Kus unpubl. data;5]. Site fidelity is high where they may place nests in the same shrub used in the previous year [18, Kus unpubl. data; cited from 5].

[2] Ehrlich, P. R., D. S. Dobkin, and D. Wheye. 1992. Birds in jeopardy: the imperiled and extinct birds of the United States and Canada including Hawaii and Puerto Rico.

[8] Grinnell, J. and A. Miller. 1944. The distribution of the birds of California. Pacific Coast Avifauna Nr. 27. Museum of Vertebrate Zoology. University of California, Berkeley.