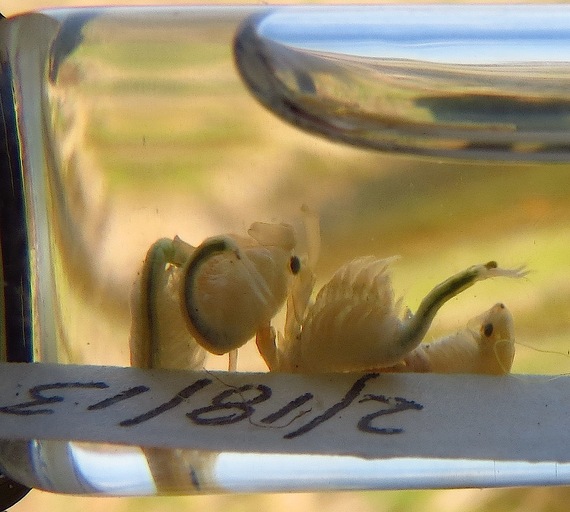 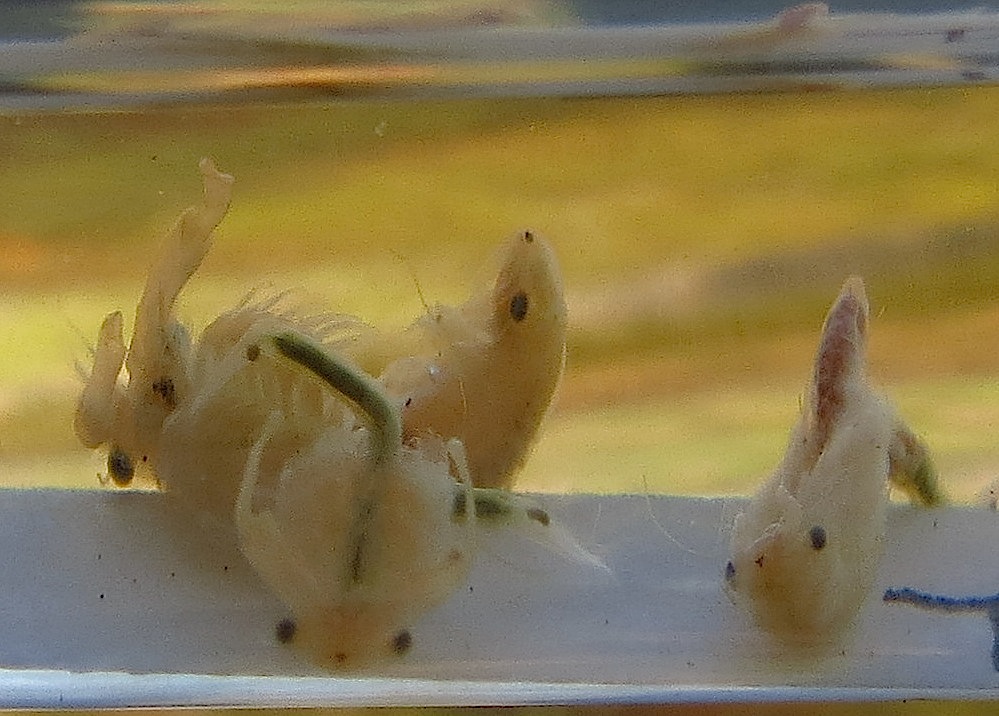 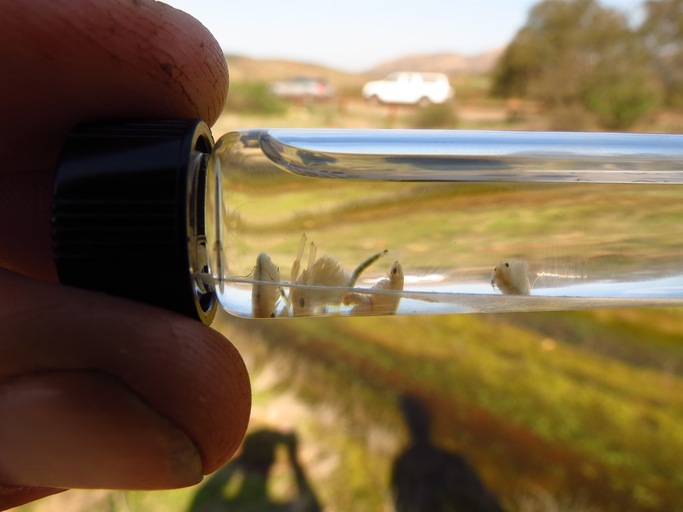 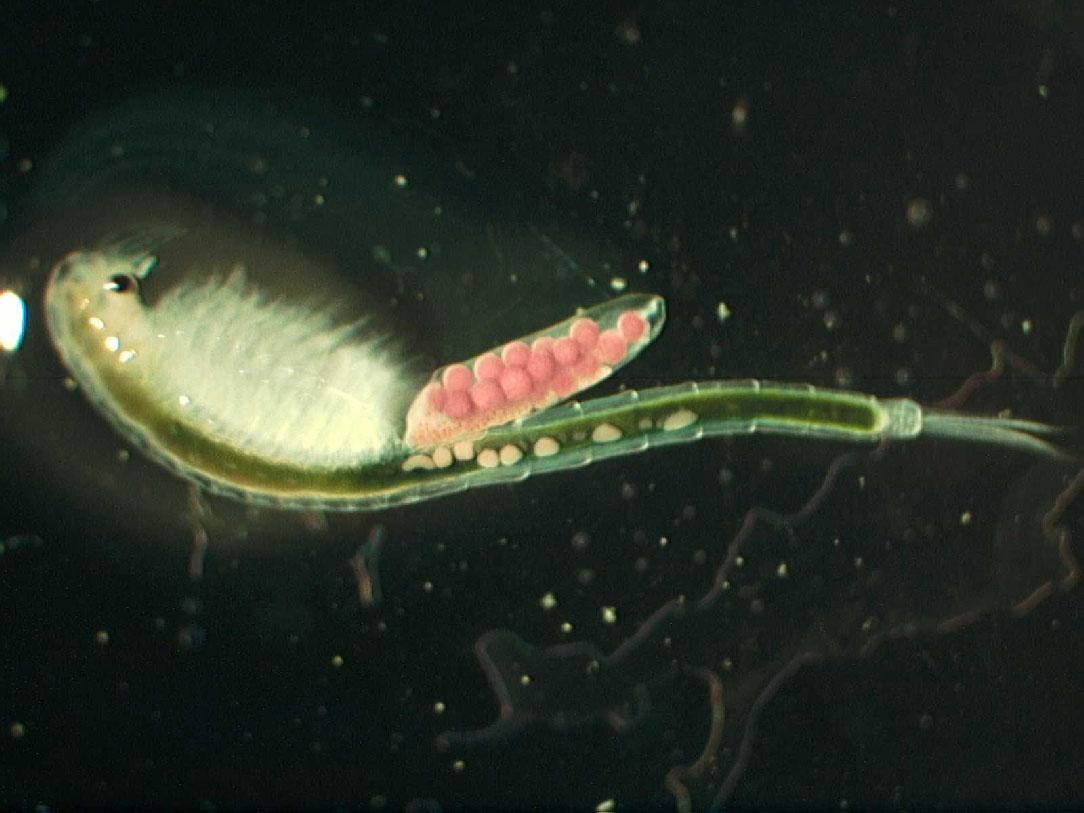 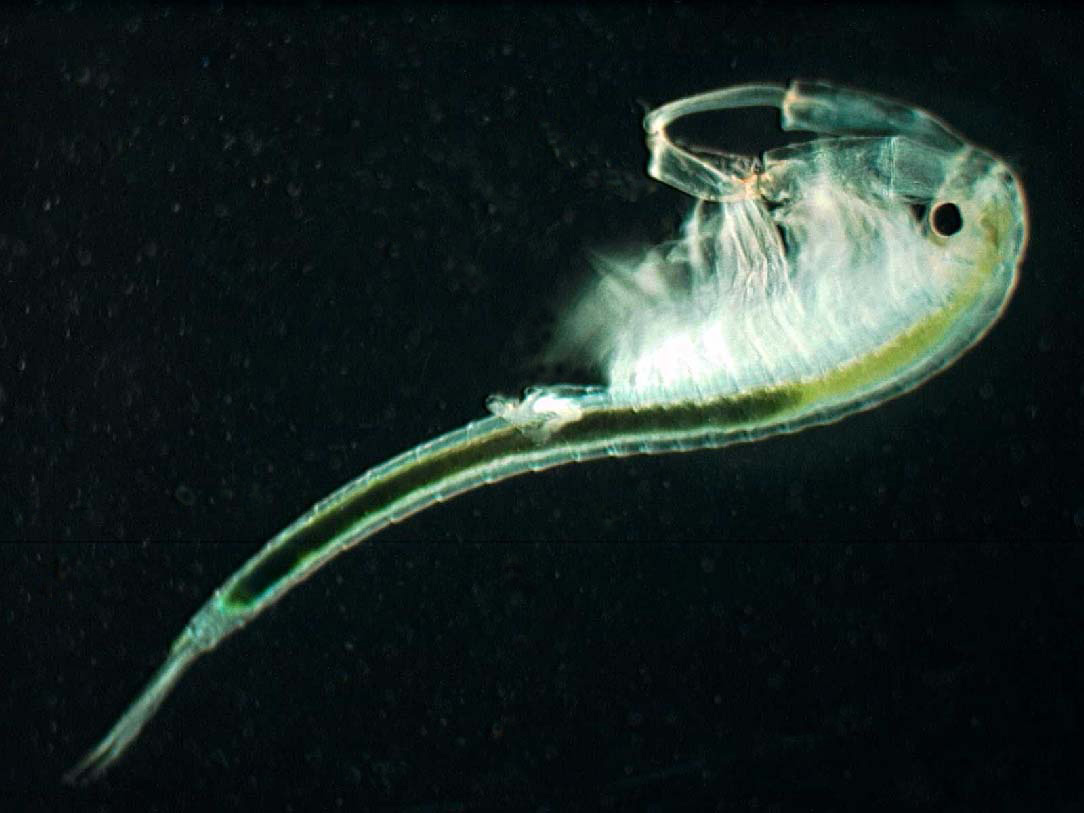 Beginning in 2018, conduct annual qualitative surveys during the wet season to determine the presence of San Diego fairy shrimp in vernal pools on Conserved Lands. Every 3 years conduct dry season quantitative cyst soil sampling at a rotating panel of vernal pools to determine the density of San Diego fairy shrimp cysts, as identified by genetic analysis. Use methods and protocols specified in the City of San Diego Vernal Pool Management and Monitoring Plan (VPMMP; 2015) . Determine whether the pools fall into Level 1 (stable), Level 2 (enhancement) or Level 3 (restoration) management categories based on the presence of shrimp among pools in each complex and track increases or declines in cyst densities over 3 monitoring years to determine if movement is triggered between management categories as identified in the VPMMP. If there is sufficient decline in San Diego fairy shrimp cyst density to trigger an increase in management levels as identified in the VPMMP, then more intensive monitoring is required to determine topographic or hydrologic disturbances as described in the VPMMP.

Vernal pool habitat specialists, found in small, shallow vernal pools 5-30 cm (2-12 in) deep with a temperature range of 10-20°C (50-68°F) [3]. They are occasionally found in ditches and road ruts that support suitable conditions [1].

A small freshwater crustacean in the family Branchinectidae, of the Order Anostraca [4]. Described by Michael Fugate in 1993 based on specimens collected on Del Mar Mesa, San Diego County, California [5]. Closely related to Branchinecta lynchi (vernal pool fairy shrimp), a narrow California endemic and a federally threatened species [3,6]. The San Diego fairy shrimp is often misidentified with the versatile fairy shrimp (Branchinecta lindahli), which is native to and commonly found throughout western North America [4]. Genetic studies have found that populations of San Diego fairy shrimp are defined by pool complexes rather than by individual vernal pools which are considered subpopulations [7].

Usually observed from January-March or later in years with early or late rainfall, when seasonal rainfall fills vernal pools [1].

Has large stalked compound eyes and no carapace (shell covering the back) [8]. They swim upside down using 11 pairs of swimming legs. Mature males can reach 9-16 mm (0.4-0.6 inch) in length, and mature females range in length from 8- 14 mm (0.4-0.5 inch) [4]. Can be distinguished from other Branchinecta fairy shrimp by the shape of the second antenna in the males, or the shape and length of the ventral ovisac in females. They are also distinguished by a of pair of dorsilateral spines [4, 5].San Diego fairy shrimp cysts hatch and mature within 7 to 14 days of rainfall filling a pool, depending on water temperature [9]. Cysts either drop to the pool bottom or remain in the brood sac until the female dies and sinks [1]. Fairy shrimp disappear after about one month [8].

Fairy shrimp disappear after about one month [8]. Only a fraction of the cysts may hatch when pools refill in the same rainy season creating a cyst “bank” in soils with several years of breeding [8, 10]. This partial hatching of cysts helps the San Diego fairy shrimp persist in its seasonal and variable environment [11]. Cysts are capable of withstanding temperature extremes and prolonged drying, but are vulnerable to crushing [8, 12].

Threatened by habitat loss and degradation due to filling, grading, discing, and leveling, urban and agricultural development, road projects, grazing, off-road vehicle use, trampling, invasion from weedy nonnative plants, trash dumping, soil compaction, erosion, drought, habitat fragmentation and isolation of vernal pool systems and complexes, and alteration of the watershed [3,4]. Destruction of watersheds and disruption of hydrological systems can create further impacts by creating barriers to dispersal, such that reproductive output may be inhibited [13]. The loss and modification of vernal pool habitat continues to be a significant threat to the San Diego fairy shrimp, especially in areas where urbanization is expected to expand [1,13]. Vehicles may negatively affect fairy shrimp by disrupting pool hydrology and chemistry, crushing cysts, displacing adults or cysts to unsuitable locations, or creating conditions favorable for invasion of nonnative plants that degrade pool habitat [12].

[6] Simovich, M. A. and M. Fugate 1992. Branchiopod diversity in San Diego County, California. Transactions of the Western section of the Wild/We Society 28: 6-14.

[11] Simovich, M.A. and S.A. Hathaway. 1997. Diversified bet-hedging as a reproductive strategy of some ephemeral pool anostracans. Journal of Crustacean Biology 17: 38-44.