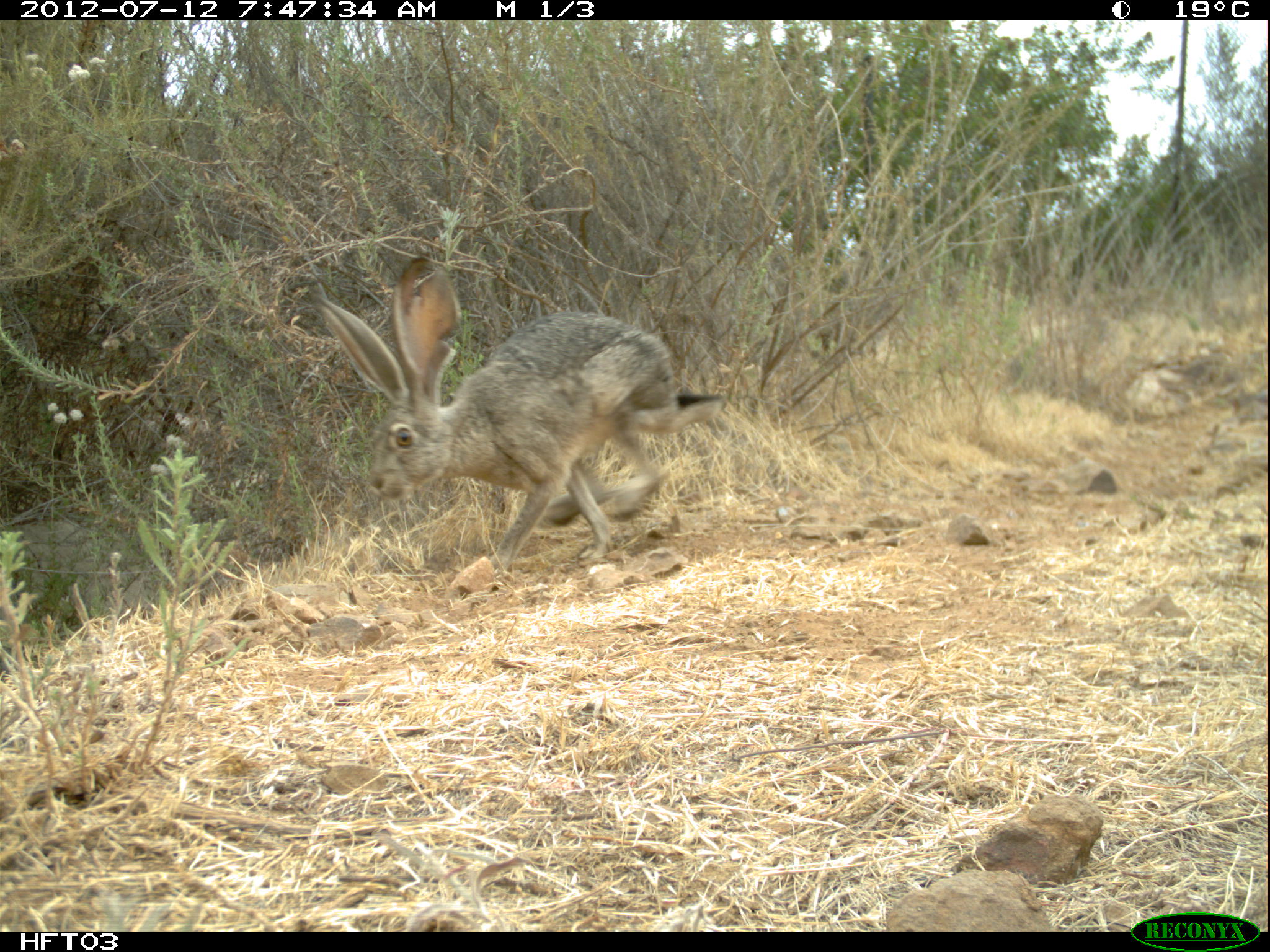 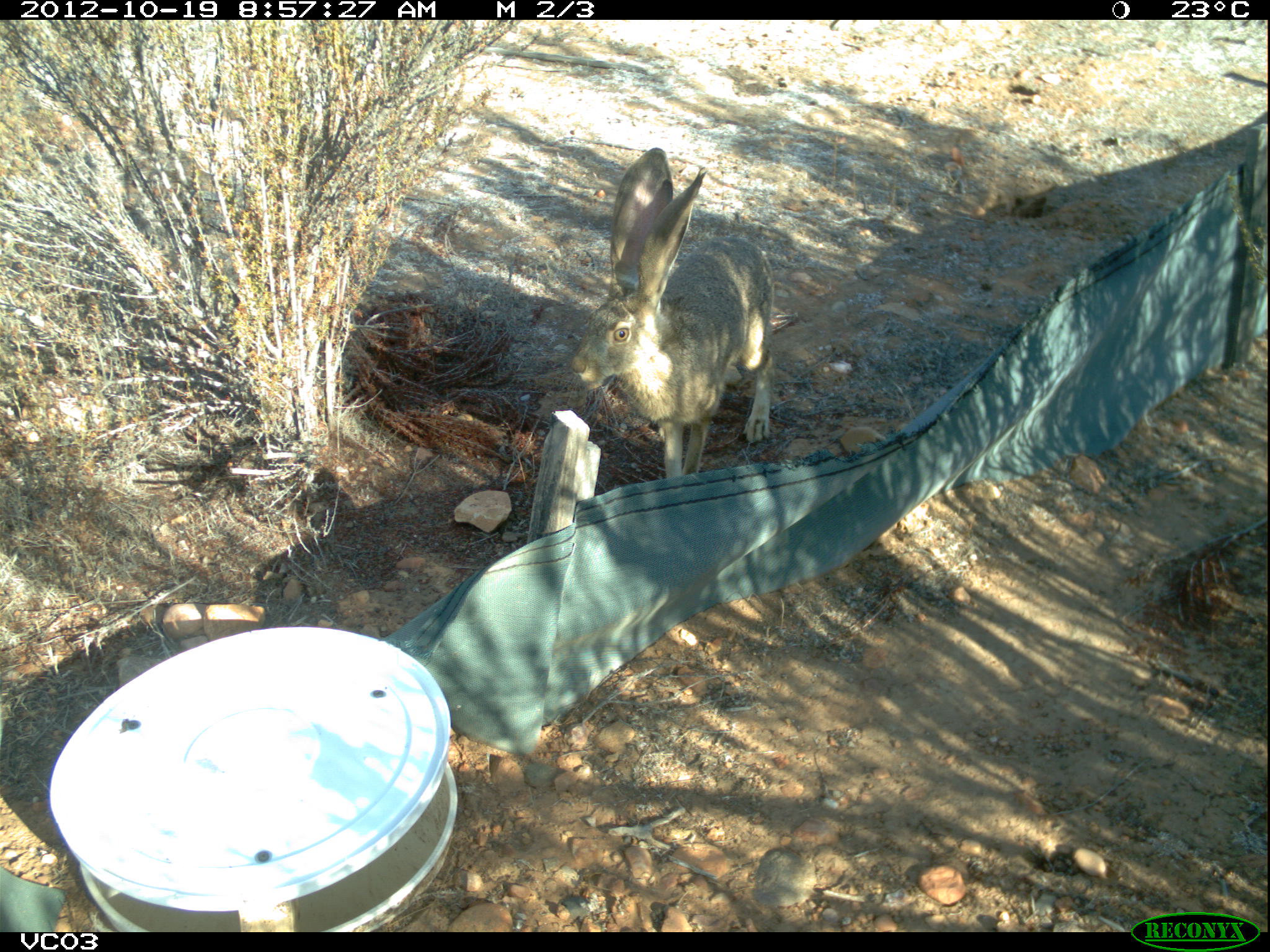 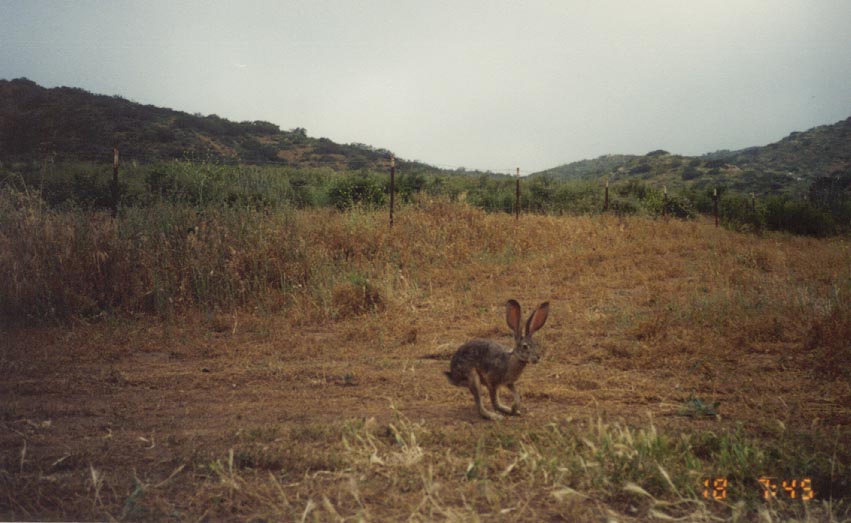 In 2018, develop a long-term San Diego Black-tailed Jackrabbit Monitoring Plan to track their distribution and status, habitat associations and level of threats in coastal sage scrub and grassland vegetation communities across the MSPA. The plan should integrate with the Chaparral, Coastal Sage Scrub and Grassland Vegetation Monitoring Plan to include sampling at long-term vegetation monitoring plots. The monitoring plan should build upon previous surveys, habitat assessments and modeling to develop specific questions, monitoring methods, a statistically valid sampling design, sampling locations, and standardized protocols for determining the status and abundance of the jackrabbit and for assessing habitat and threats at each sampling site to determine vegetation management needs. The plan should include guidelines for data analysis and preparation of a report with monitoring results and vegetation management recommendations.

Occurs primarily in arid regions with short grass [4]. Preferred habitats include open grasslands, agricultural fields, and sparse coastal scrub. Not typically found in high grass or dense brush. Nesting sites are generally under bushes or shrubs that have shallow depressions and are occasionally lined with fur [4].

Activity patterns are year-long diurnal and crepuscular [6]. Consumption patterns change seasonally. Diet primarily consists of a variety of grasses during spring and summer, with various shrubs and forbs consumed to some extent during fall and winter [7].

The breeding season length generally depends on the duration and severity of winter [8]. In southern California, black-tailed jackrabbit are known to breed throughout the entire year. Gestation normally lasts 40 days, and a single female can produce 10 to 18 leverets (young rabbits) in one breeding season [9]. Reproduction varies depending on environmental conditions. Juveniles make up the majority of the population. Adults make up less than 30 percent of the population and are estimated to live less than 7 years in the wild.

Strictly herbivorous, primarily feeding on a wide variety of grasses [6]. Will also feed on forbs and shrubs during fall and winter.

Home ranges averaging 45 acres have been recorded in California [4].

The population sizes and distributions of San Diego black-tailed jackrabbit’s display natural fluctuations in relation to reproduction and densities of food resources, making it difficult to survey and census jackrabbit populations [4].