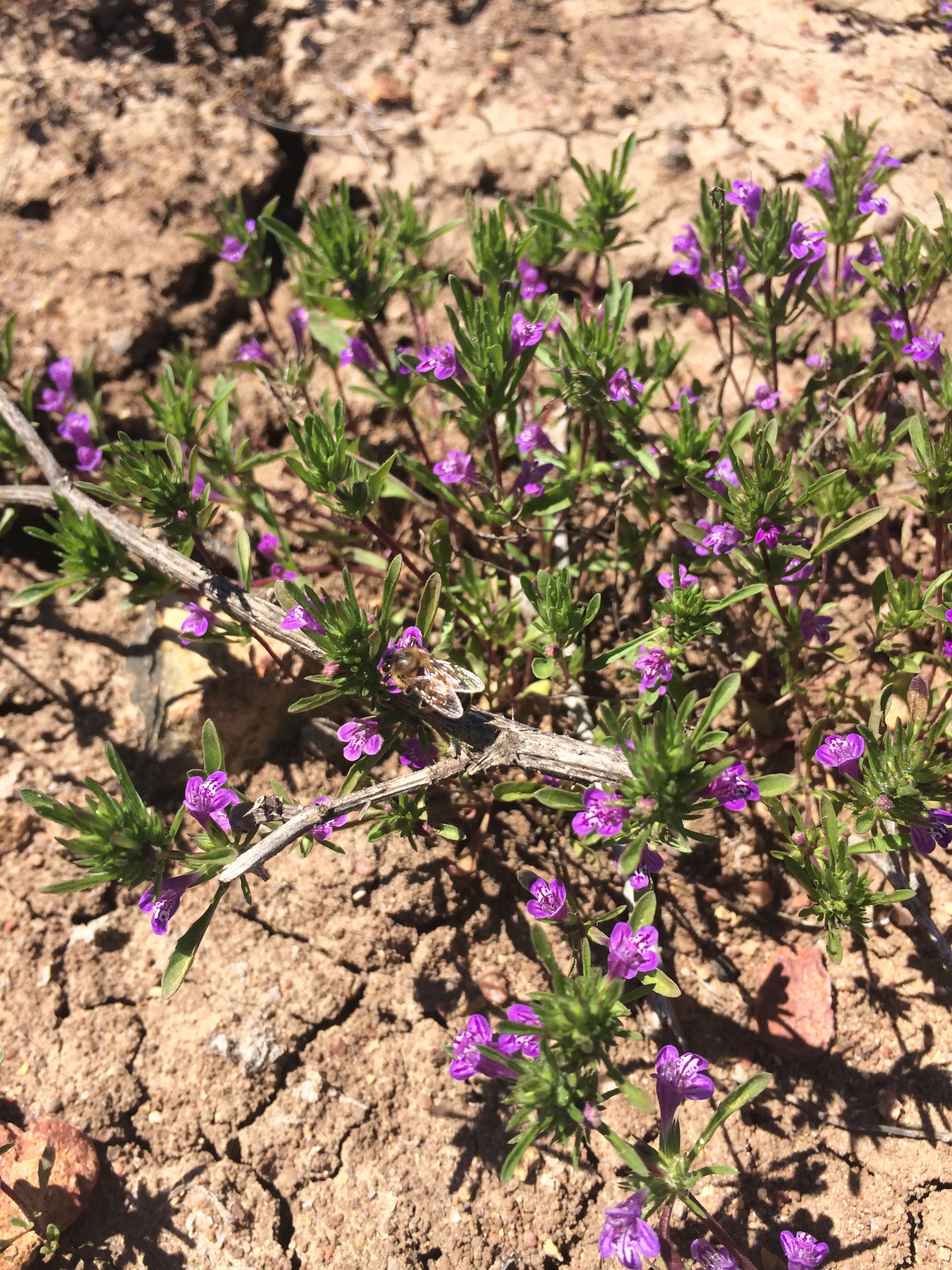 Goal: Protect, enhance, and restore Otay mesa mint occupied and historically occupied habitat to create self-sustaining populations that are resilient to environmental stochasticity and threats, such as altered hydrology, climate change and invasive plants, and will be likely to persist over the long-term (>100 years).

Beginning in 2018, conduct annual surveys for Otay mesa mint in occupied, historically occupied and potentially suitable vernal pools to determine cover clases in each basin and cover of each nonnative species using a standardize protocol as defined in the VPMMP (City of San Diego 2015). Nonnative cover classes will be combined to determine if management triggers for Level 1, 2 or 3 management are met. Management recommendations will be made, noting individual nonnative species that pose a threat to direct specific management actions. Management actions will be implemented annually as part of the general vernal pool habitat management objectives for different management levels (ML1, ML2, ML3).

Restricted to vernal pools on Otay Mesa in southern San Diego County, California [1]. Historically, known across the international border where the Tijuana International Airport is now located. No Tijuana populations of Pogogyne nudiuscula are known to exist today [2].

Within MSPA, it is found in MU3 at three locations on Otay Mesa: Otay Mesa West, Otay Mesa East, and Otay Mesa Northeast [3].

Mint family (Lamiaceae) [6]. One of 8 recognized species of Pogogyne [2]. John Thomas Howell (1931) separated Pogogyne nudiuscula into two species: Pogogyne nudiuscula and Pogogyne abramsii; based on differences in the calyx pubescence (hairiness), bract morphology, and the number of flowers per stem node [5]. Recent work suggests that P. nudiuscula was not known to occur north of Otay Mesa [6]. A population of Pogogyne in Baja California, Mexico, which was considered P. nudiuscula has been found to be a unique species based on the calyx to corolla ratio, the number of flowers per node, and the general size of the floral parts [5, 6].

Blooms from May or June through early July when water is absent from the vernal pool, completing its life cycle in the spring rather than in the summer through winter months [8]. The sparsely hairy, small bell-shaped purple flowers have a white throat and diagnostic hairy style [7]. It has at least six flowers per node on the stem [5]. The link between the onset of germination, the temporal conditions needed for vernal pool inundation, temperature, and moisture are critical to the germination, maturation, flowering, and fruiting of P. nudiuscula [2].

Vernal pool populations receive pollination services from generalist bees typically in the family Apidae [9]. Potential pollinators in nearby chaparral were also found visiting vernal pool flora [10]. Native sweat bees (Lasioglossum spp.) and bee flies (Bombyliidae) are the most common pollinators [10,11]. Research on Pogogyne abramsii shows that it is self-fertile but has greater seed set when cross-pollinated; further research is necessary to determine if this is the case for P. nudiuscula [4,12]. Small animal movement may be a potential vector for seed dispersal and gene flow between vernal pool obligate species [13].

Threatened by habitat loss and degradation due to filling, grading, discing, leveling, urban and agricultural development, road projects, grazing, off-road vehicle use, trampling, invasion from weedy nonnative plants, trash dumping, soil compaction, erosion, drought, habitat fragmentation and isolation of vernal pool systems and complexes, and alteration of the watershed [5]. Destruction of watersheds and disruption of hydrological systems can create further impacts by creating barriers to dispersal, such that pollination and reproductive output may be inhibited [14].

P. nudiuscula has specific habitat requirements (e.g., soil type/Stockpen soils, water depth) therefore, habitat degradation and alteration of the surrounding habitat will likely result in a population decline or even local extirpation [2]. Natural differences in the precipitation and the inundation/drying time of the vernal pool from year to year may result in significant differences in P. nudiuscula distribution and abundance, making it difficult to obtain an accurate measure of the population [5]. In addition, a portion of the population is represented by seeds remaining in the seed bank and is not accounted for in each survey year [5]. Modifications to the uplands surrounding a vernal pool complex can impact the pool’s hydrology, even if they occur outside the pool’s surface area [2]. P. nudiuscula occurrences on Otay Mesa are in areas that experience a high volume of foot traffic between Mexico and the United States [2]. Increased border security on Otay Mesa may threaten vernal pool habitat along the international border. Because P. nudiuscula is dependent on the timing and length of inundation, alterations to vernal pool complexes may inhibit establishment or adversely impact the long term viability of vernal pool plant populations [5,14]. Protection of suitable habitat and restoration of vernal pool habitat may help to expand P. nudiuscula’s range and help reduce the impacts associated with small populations and a restricted range [14].