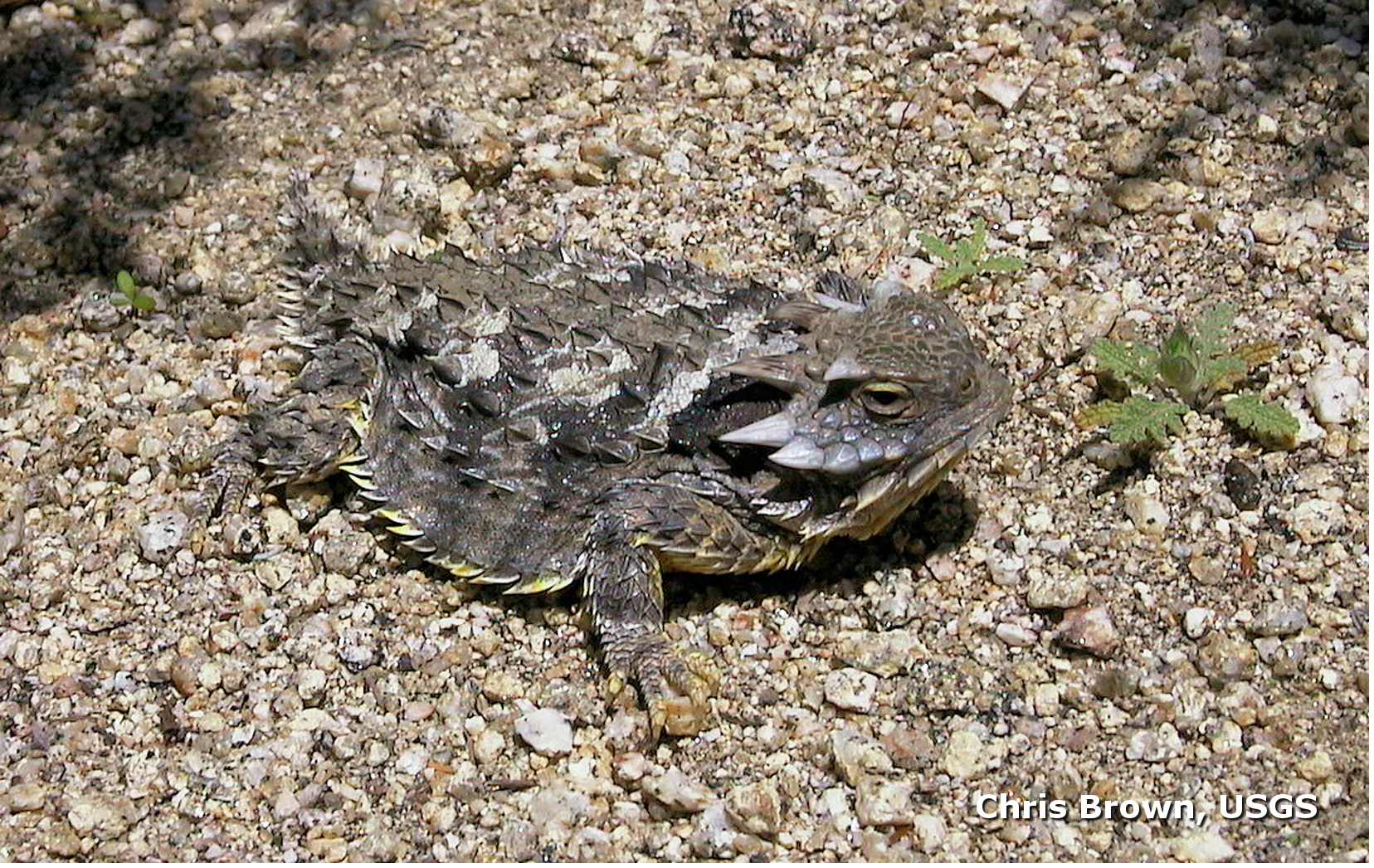 In 2017 continue a next-generation DNA sequencing study to characterize the phylogeographic and population genetic structure Blainville's horne lizard in southern California, including Conserved Lands throughout the MSPA. This species is a target for regional-scale connectivity within and between core areas of the MSPA and will provide information important to identify areas that may require management to improve connectivity for small vertebrates.

In 2018, develop a long-term Blainville's Horned Lizard Monitoring Plan to track their distribution and status, habitat associations and level of threats in chaparral, coastal sage scrub and grassland vegetation communities across Conserved Lands in the MSPA. The plan should integrate with the Chaparral, Coastal Sage Scrub and Grassland Vegetation Monitoring Plan to include sampling at long-term vegetation monitoring plots. The monitoring plan should build upon previous surveys, habitat assessments and modeling to develop specific questions, monitoring methods, a statistically valid sampling design, sampling locations, and standardized protocols for determining the status and abundance of the lizard and for assessing habitat and threats at each sampling site to determine vegetation management needs. The plan should include guidelines for data analysis and preparation of a report with monitoring results and vegetation management recommendations.

Prefer open areas with sandy soil and low vegetation, but are also found in a wide variety of habitats including valley-foothills, conifer, riparian habitats, grasslands, and semiarid mountains [4]. In southern California, Blainville’s horned lizard is commonly found in chaparral habitats with native ant colonies, and areas with loose sandy soils [5]. During periods of inactivity and hibernation, individuals will burrow into loose soil under logs, rocks, mammal burrows, or crevices. Does not require permanent water.

Montanucci (2004) concluded in a morphological study, that P. coronatum is in fact four separate species (P. blainvillii, P. cerroense, P. coronatum, and P. wigginsi) [6]. Out of the four species, P. blainvillii is the only species known to occupy California [7].

Diurnal species [8]. During spring and fall seasons most activity occurs in the middle of the day, but is restricted to morning and late afternoon activity during hot summer months. Nocturnal activity may occur during weather events of extreme heat. Individuals during fall and winter are inactive in most areas. Seasonal movements or migration has not been reported, and hibernation is found within the normal area of activity [8].

The reproduction season can vary from year to year depending on local conditions [9]. Females will lay their eggs (6-21) in a nest under the soil or in a burrow during the months from May to June. Eggs hatch from August to September. Females may lay two clutches of eggs per year. Adults are known to live up to 10 years in captivity [10]

Habitat destruction from human development and agriculture, and the spread of nonnative Argentine ants which displace the native food source has threatened and eliminated Blainville’s horned lizard from many areas [11]. The lizard was also extensively exploited by the pet trade until commercial collecting was banned in 1981 [12].

[4] Grismer, L. Lee. 2002. Amphibians and reptiles of Baja California, including its Pacific islands and the islands in the Sea of Cortés. Berkeley: University of California Press.