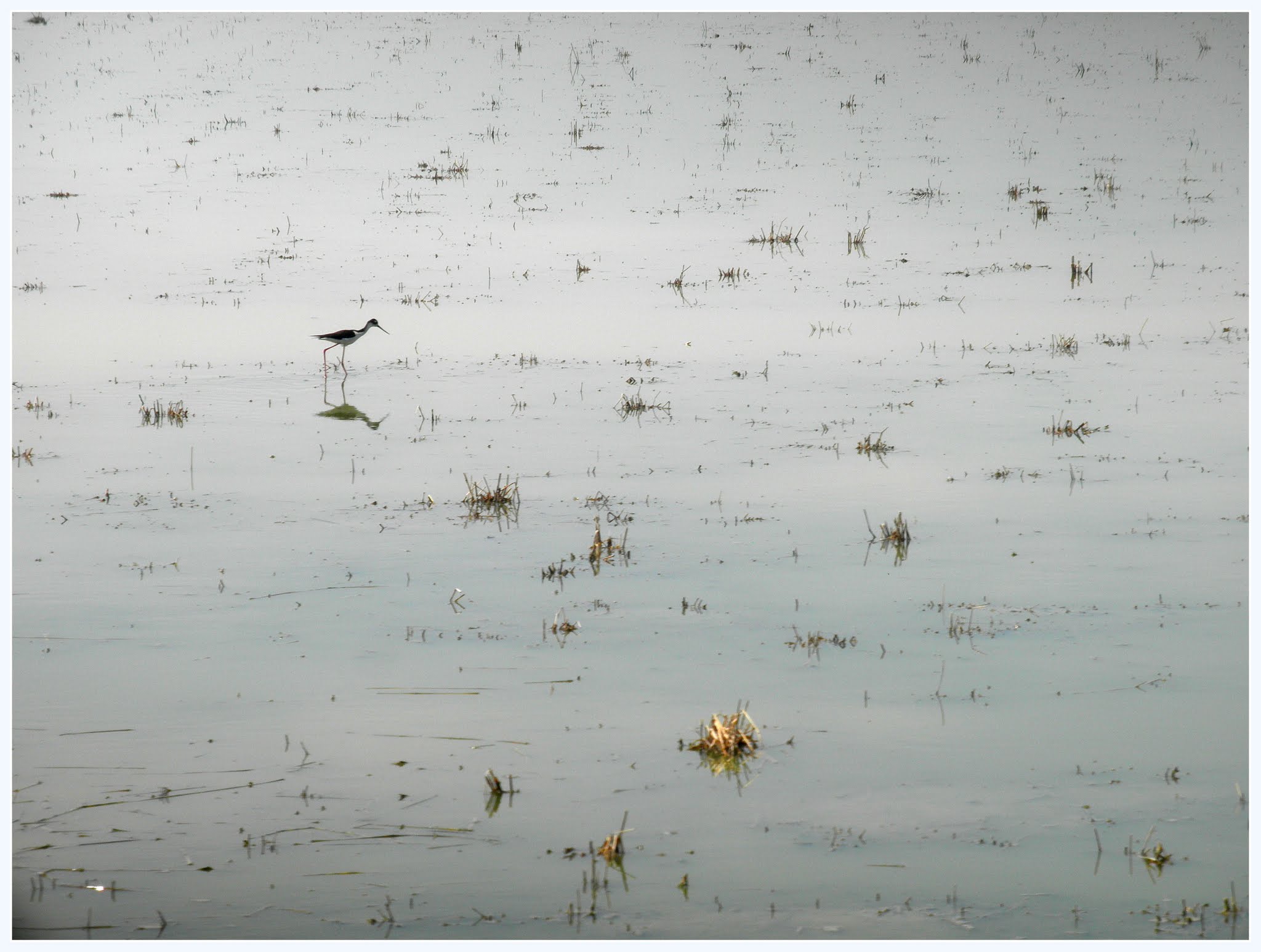 Goal: Maintain, enhance and restore salt marsh vegetation on Conserved Lands in the MSPA that supports or has the potential to support VF species (i.e., wandering skipper, Belding's savannah sparrow) and to incidentally benefit other MSP species (e.g., salt marsh bird's-beak, Ridgway's rail) so that the vegetation community has high ecological integrity, and these species are resilient to environmental stochasticity and threats such as climate change, and will be likely to persist over the long term (>100 years).

Bays, lagoons, and estuaries along the coast from Point Conception to the Mexican border [1].

Salt marsh is typically found along sheltered inland margins of bays, lagoons, and estuaries [1]. The hydric soils found at these sites are subject to regular tidal inundation by salt water for at least part of each year. Water and air temperatures are warmer in southern than northern coastal salt marsh. Frankenia grandifolia, Suaeda califomica, and/or Salicornia subterminalis often occur along the upper, landward edges of the marshes; Salicornia bigelovii, S. virginica, and Batis maritima at middle elevations; and Spartina foliosa closest to open water.

Sites are subject to regular tidal inundation by salt water for at least part of each year [1].

Since 1850, 75% (5,819 ha) of Southern California salt marshes have been lost [3]. In Los Angeles, Orange, and San Diego County there has been a significant increase in subtidal water while both intertidal and vegetated wetlands have decreased. There are many challenges associated with urban salt marsh restoration, including: habitat isolation and fragmentation, impacts from exotic species, the loss of transitional upland habitats, and alterations to hydrologic and sediment dynamics [4]. The development of salt marsh functions, such as biomass and nitrogen accumulation, slow with low species richness. In many marshes with hydrological modifications nonnative species have invaded the upper reaches of the salt marshes. Some hydrological connections are impaired by roads and structures, constraining the natural migration of channels, and altering sediment dynamics that often lead to lagoon mouth closures. In extreme cases of increased sedimentation, the sediment can cover vegetation and convert salt marsh to upland. The biggest threat to salt marsh are the affects of climate change through accelerated sea-level rise [5, 6], shifting precipitation patterns [7, 8], erosion [9], and changing frequency and intensity of storms [10, 11].

The extensive loss of salt marsh in southern California highlights the need to preserve and restore remaining salt marsh [3]. For habitats that are isolated, planting is vital for ensuring the colonization of dispersal-limited plants [4]. There are additional restoration challenges in areas where the gradual slopes between wetland and upland have been replaced by sharp transitions next to urban developments. This severely limits the ability to restore rare plant and animal populations. Additionally, salt marsh may not be able to move upslope with sea level rise due to surrounding development. There are 15 MSP species associated with salt marsh vegetation.