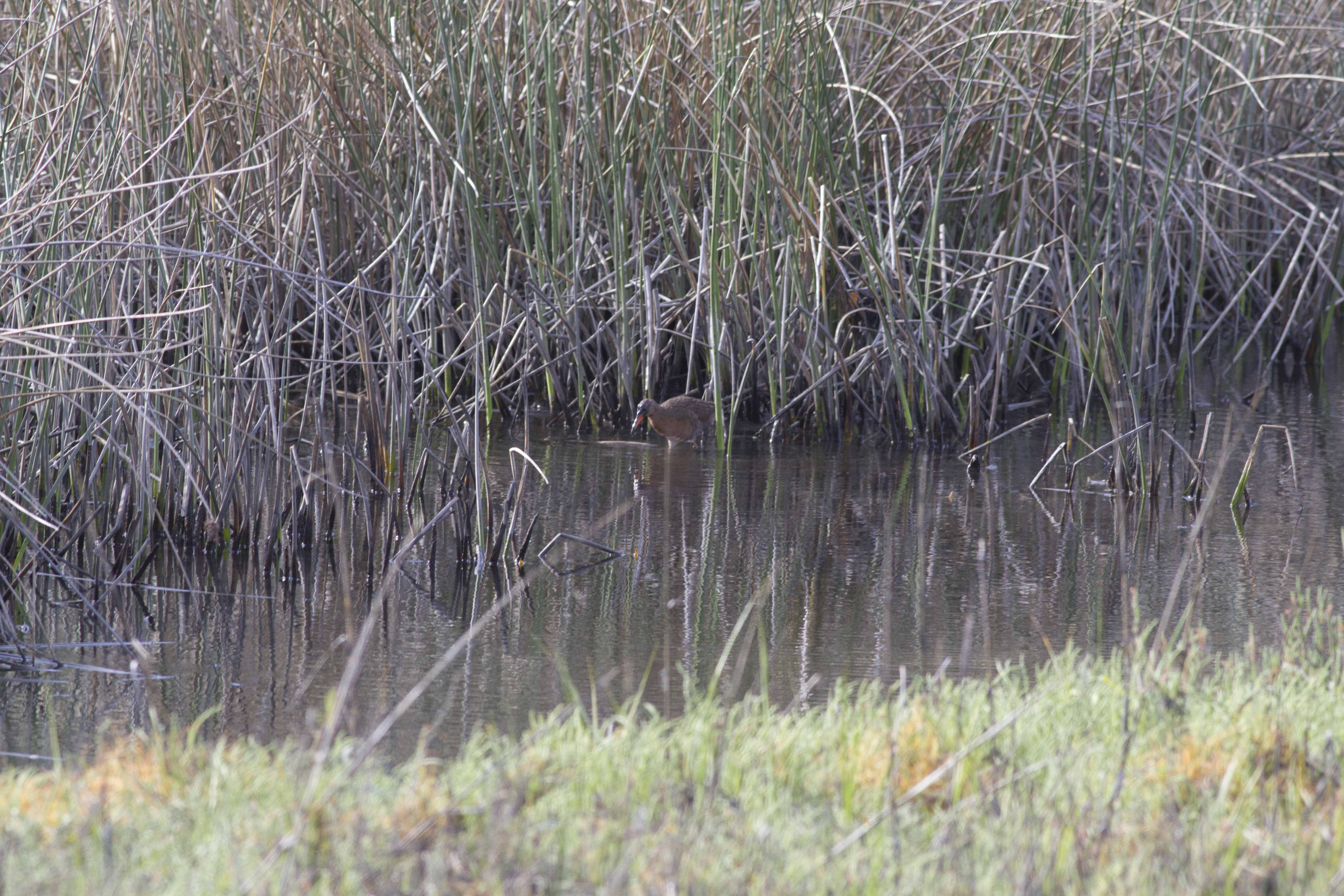 From 2017 to 2021, continue the existing captive rearing and release efforts for Rideway's rail implememted by the wildlife agencies.

From 2017 to 2021, annually inspect the existing occurrences of Ridgway's rail to identify necessary management actions in order to support the expansion of the occurrence to self sustaining levels.

From 2017-2021, perform routine management activities such as protecting occurrences from disturbance through fencing, signage, and enforcement.

Range in California extends from Ventura County-Mugu Lagoon-in the north to the the Mexican border in the south. Distribution within range is discontinuous because salt marsh habitats occur sporadically along the coastline [1].

This rail along with both of the other large rails of the western U.S. has been reclassified taxonomically and renamed by the American Ornithologist Union as the Ridgway’s Rail, Rallus obsoletus [6 cited from 2]. The Light-footed Clapper Rail has been renamed the Light-footed Ridgway's Rail [2].

Activity peaks in early morning and late evening [7;8] when they forage in marsh vegetation in and along creeks and mudflat edges. Often roost at high tide during the day [8].

Nesting starts in mid-March and extends into August. End of breeding season is typically defined as the end of August, which corresponds with the time when eggs laid during renesting attempts have hatched and young are mobile. Clutch sizes range from 5 to 14 eggs. Both parents share in incubation and rearing [8]. Most egg laying takes places from early April to early May; Chicks will accompany adults on foraging trips by 2 days of age [9].

Omnivorous and opportunistic; forages mostly on salt marsh invertebrates such as beetles, garden snails, California hornsnails, saltmarsh snails, fiddler and hermit crabs, crayfish, isopods, and decapods. Forage in all parts of the salt marsh, concentrating their efforts in the lower marsh when the tide is out, and moving into the higher marsh as the tide advances [9]. Gleans, pecks, probes, and scavenges from surface [4].

Primary threats include loss and degradation of habitat [2]. Other threats are modification of habitat from dredging actions, changes to tidal influences or siltation, and contaminants from urban runoff. Also threatened with small population size, isolation, automobile strikes, and possible habitat alteration from climate change [1].