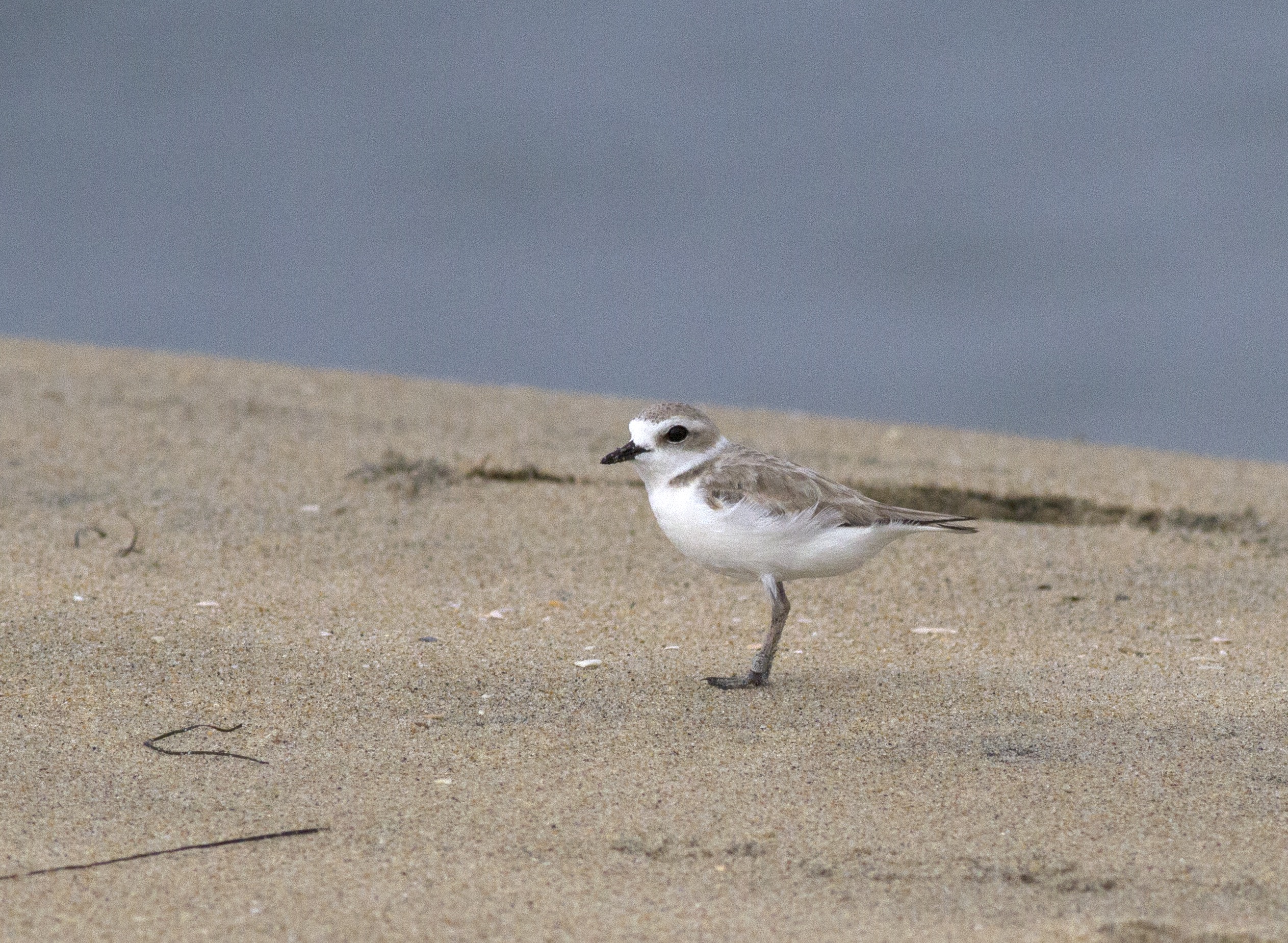 In 2018 and 2019, coordinate with land managers and the wildlife agencies to determine if there are gaps in monitoring and/or management that could use regional support and to develop joint management recommendations.

From 2017 to 2021, continue the existing survey efforts for western snowy plover implemented by the wildlife agencies and military.

Beginning in 2020, implement management actions on Conserved Lands as identified through monitoring and the coordination efforts with the land managers and wildlife agencies.

Beginning in 2020, monitor the effectiveness of management actions implemented for western snowy plover on Conserved Lands.

Range is along the Pacific Coast from the state of Washington to Baja California, Mexico. The majority of breeding birds are found in California [1].

Nesting season is from early March through late September. Breeding season may be 2 to 4 weeks earlier in southern California than in Oregon and Washington. Fledging of late-season broods may extend into the third week of September throughout the breeding range [2].

Nest initiation (eggs and laying) occurs from mid-February/early March through the third week of July [3;5]. Earliest nests on California coast occur during the first week of March in some years and by the third week of March in most years [6]. Peak initiation of nesting is from mid-April to mid-June [5;7 cited from 2]. Approximate periods required for nesting events are: scrape construction (in conjunction with courtship and mating), 3 days to more than a month; egg laying, usually 4 to 5 days; and incubation, 26 to 31 days (mean 27 days) [5]. Usual clutch size is three, with a range from two to six [5;6]. Both sexes incubate the eggs, with the female tending to incubate during the day and the male at night [5].

Forage on invertebrates in the wet sand and in washed up kelp within the intertidal zone, in dry sandy areas above the high tide, on salt pans and spoil sites, and along the edges of salt marshes, salt ponds, and lagoons [1;2]. Primarily visual foragers, using the run-stop-peck method of feeding typical of Charadrius species. They sometimes probe for prey in the sand and pick insects from low-growing plants [2]. In San Diego, invertebrates found in western snowy plover feces during the breeding season included rove beetles (Staphylinidae), long-legged flies (Dolichopodidae), shore flies (Ephydridae), water bugs (Saldidae), hymenopterans (Braconidae), and unidentified insect larvae [8].

While some remain in coastal breeding areas year-round, others migrate south or north for winter [5;6;7]. Migrants vacate California coastal nesting areas primarily from late June to late October [6]. During winter, about 30 percent of nesting birds stayed at Marine Corps Base Camp Pendleton in San Diego County, California [7;9;10; all cited from 2]

Coastal population is threatened throughout its range by loss and disturbance of nesting sites [1]. Disturbance to nesting sites are more than twice as often caused by human activities (e.g beach raking, off-road vehicle use, running pets, walking, and jogging) than all other natural causes combined [11 cited from 1], especially since the nesting season (mid-March to mid-September) coincides with the season of greatest human use on beaches of the west coast (Memorial Day through Labor Day) [1] where efficient foraging and rest opportunities are reduced [12 cited from 13].

[9] Powell, A. N., J. M. Terp, C. L. Collier, and B. L. Peterson. "The status of western snowy plovers (Charadrius alexandrinus nivosus) in San Diego County, 1995." Report to the California Department of Fish and Game, Sacramento, CA, and US Fish and Wildlife Service, Carlsbad, CA, and Portland, OR (1995).