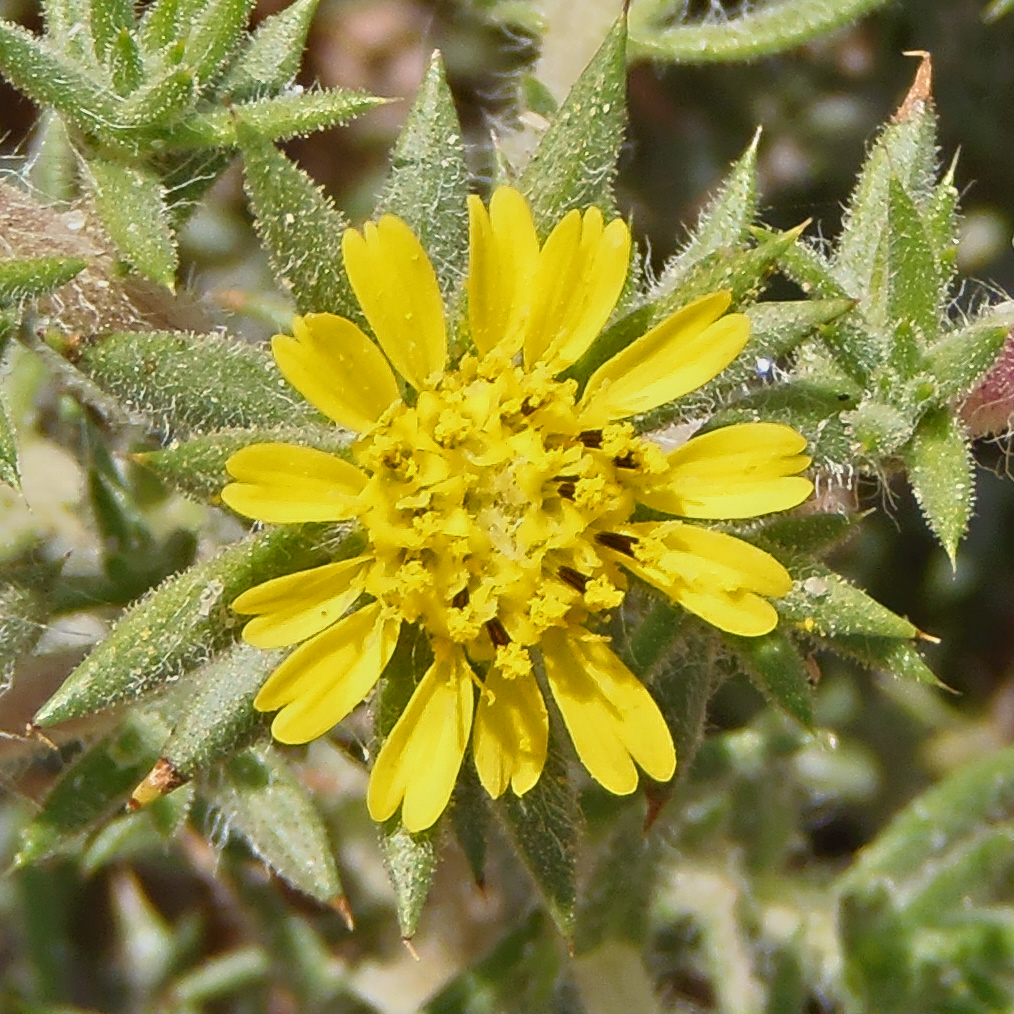 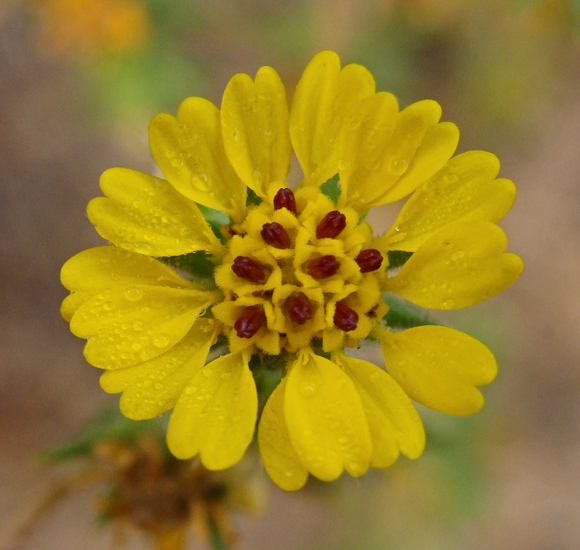 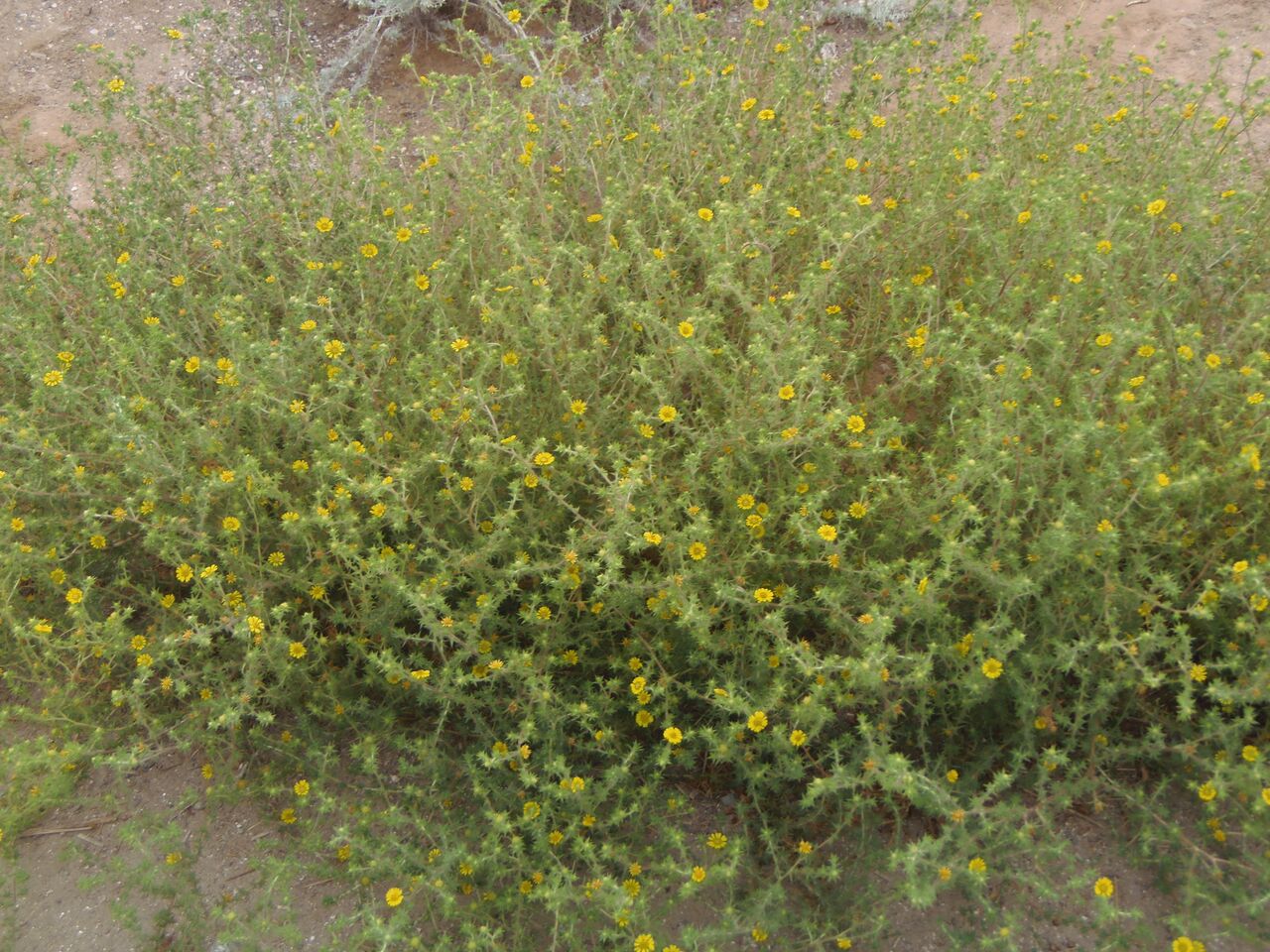 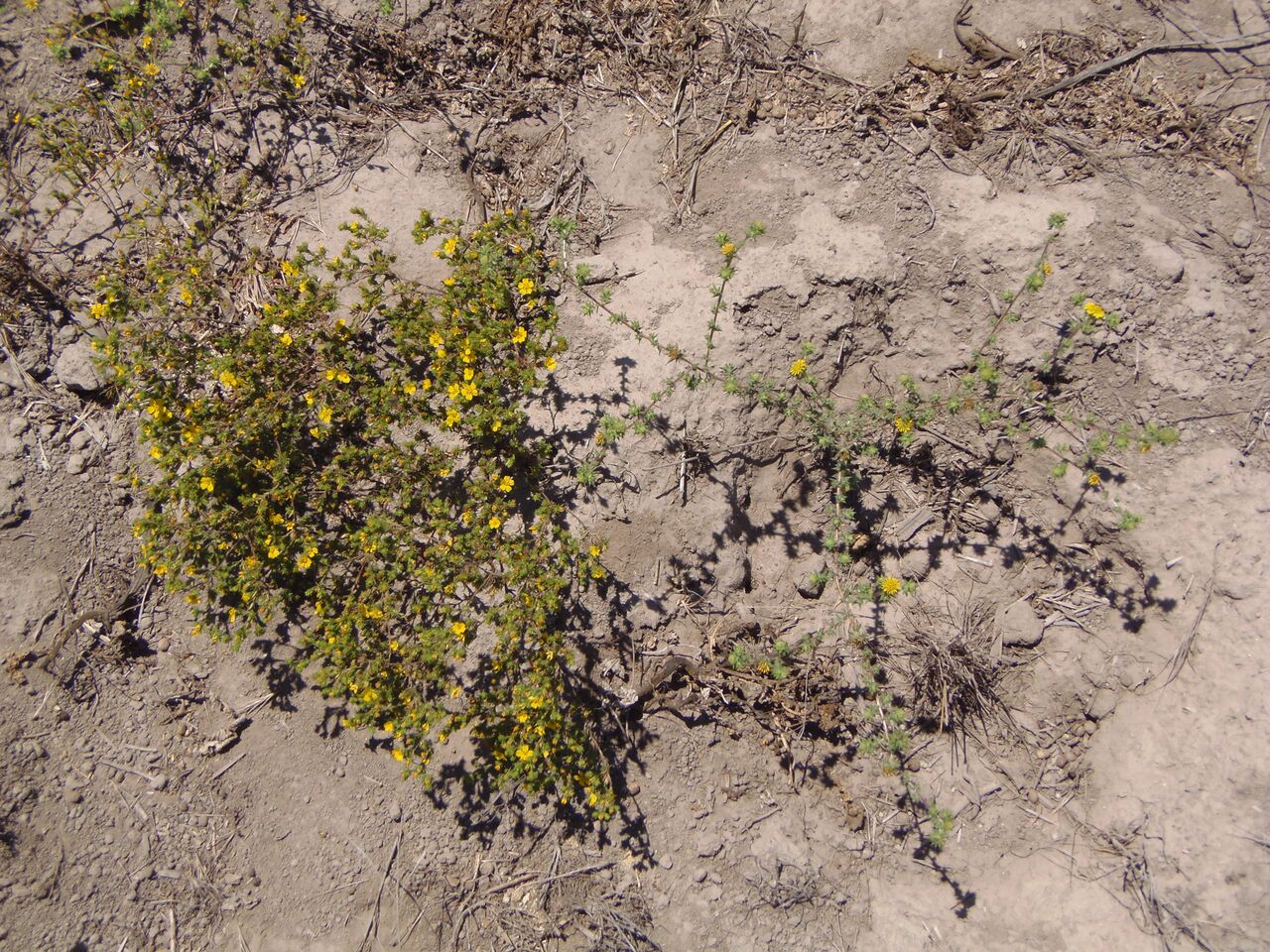 Goal: Maintain, enhance and restore alkali playa vegetation communities on Conserved Lands in the MSPA that supports or has the potential to support VF species (i.e., Coulter's saltbush, Parish's brittlescale, southern tarplant) so that the vegetation community has high ecological integrity, and these species are resilient to environmental stochasticity, catastrophic disturbances and threats, such as very large wildfires, invasive plants and prolonged drought, and will be likely to persist over the long term (>100 years).

Found in vernally wet areas such as along the edges of marshes and vernal pools, often in association with valley and foothill grasslands in areas with poorly drained or alkaline soils and where competition from other plants is limited by alkalinity, seasonal soil saturation, or the effects of human disturbance. Found from 0-480 m (0-1475 ft) in elevation [1].

A member of the Asteraceae (sunflower family), and was previously known as Hemizonia parryi ssp. australis [3]. The species was first described in 1864 by Greene as Hemizonia parryi [4]. The subspecies australis was first described in 1935 by David Keck based on a specimen he collected in Seal Beach [5]. In 1999 the genus Centromadia was applied to accommodate the tarplants (Hemizonia ssp.) commonly referred to as spikeweeds, which are distinguished from other tarplants by the presence of spine tipped leaves, giving it the name Centromadia parryi ssp. australis [4]. The species description and naturally restricted distribution has remained the same during the changes in nomenclature. Chromosomes: 2n=22 [3].

Annual herb with erect stems and soft to coarsely hairy spine-tipped leaves [3]. The dark green leaves and bracts are densely covered with yellow stalked glands. Mature plants are 2.5-76.2 cm (1-30 in) tall [6]. The flowering heads are 2.5-6 mm (0.1-0.2 in) subtended by spine tipped bracts and found at the end of soft hairy stalks. Bracts do not exceed the flowering head [3].

Yellow ray flowers with black anthers and yellow-orange disk flowers with red to dark purple anthers [3]. Flowering heads often fade to orange with age [4]. Blooms from May to November [1].

Seeds fall beneath the parent plant in tumbleweed-like clusters that are dispersed by wind or by sticking to animals fur as they pass by [6]. Seeds are also eaten by birds and small mammals which act as dispersal agents as they move around a foraging area. Potential pollinators such as bees, wasps, flies, and beetles have been observed visiting flower heads.

Threatened by habitat fragmentation as a result of urbanization and development, vehicular and foot traffic, grazing, competition from non-native plants and alterations to the watersheds that support the seasonal wetlands they occur in [1, 7].

Numbers of individuals can vary widely at a given location from year to year, depending on recent disturbance and seasonal precipitation [7]. Sterile hybrids with Deinandra fasciculata documented [3].