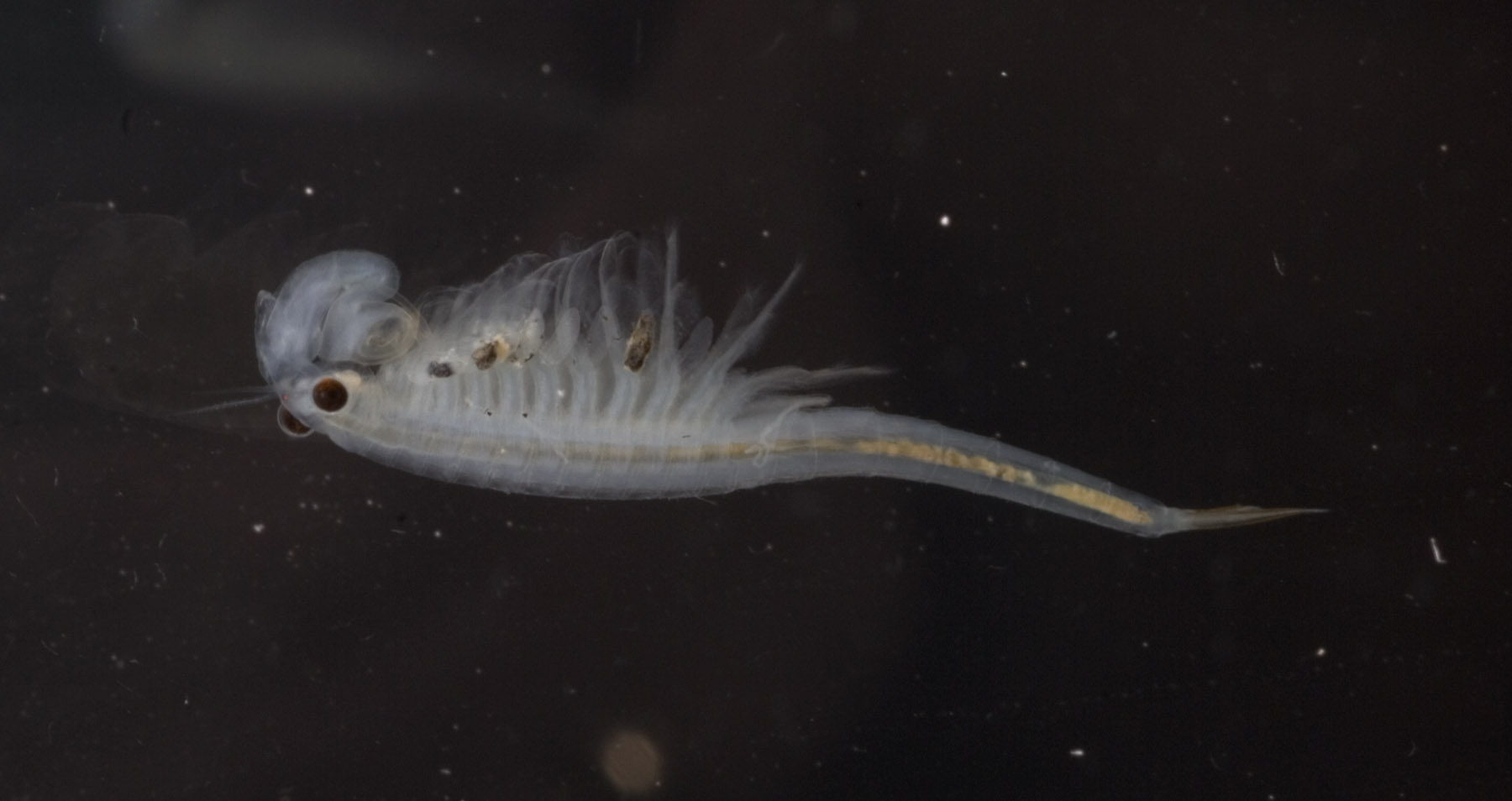 Beginning in 2018, conduct annual qualitative surveys during the wet season to determine the presence of Riverside fairy shrimp in vernal pools on Conserved Lands. Every 3 years conduct dry season quantitative cyst soil sampling at a rotating panel of vernal pools to determine the density of San Diego fairy shrimp cysts, as identified by genetic analysis. Use methods and protocols specified in the City of San Diego Vernal Pool Management and Monitoring Plan (VPMMP; 2015) . Determine whether the pools fall into Level 1 (stable), Level 2 (enhancement) or Level 3 (restoration) management categories based on the presence of shrimp among pools in each complex and track increases or declines in cyst densities over 3 monitoring years to determine if movement is triggered between management categories as identified in the VPMMP. If there is sufficient decline in Riverside fairy shrimp cyst density to trigger an increase in management levels as identified in the VPMMP, then more intensive monitoring is required to determine topographic or hydrologic disturbances as described in the VPMMP.

There are 45 vernal pool complexes known to be occupied by the Riverside fairy shrimp in Riverside, Orange, and San Diego counties [1]. It has also been collected from northwestern Baja California, Mexico vernal pools [2].

Narrow habitat requirements and is restricted to deep lowland vernal pools that retain water for 2-8 months, and are generally 12 in (30 cm) or deeper [1]. They will not hatch in shallow vernal pools or in vernal pools that receive cooler waters from early winter rains [2]. In San Diego, Riverside fairy shrimp are found in vernal pools that are closely tied to Diablo, Huerhuero, Redding, Stockpen, Linnea, Placentia, Olivenhain, and Salinas soil series in flat to gently sloping landscapes [5].

A small aquatic crustacean in the order Anostraca [1,6]. First described in 1985 based on specimens collected from western Riverside County in 1979. There are 3 recognized species of Streptocephalus in California; S. woottoni, S. seali, S. similis [7]. The spiny-tail fairy shrimp (Streptocephalus sealii) is considered to be the most similar to the Riverside fairy shrimp [2]. The species differ in cercopod morphology and a lack of red extending into the cercopods in either sex of the spiny tail fairy shrimp [5]. Only the males in the genus Streptocephalus can be identified to the species level and the cysts can only be identified to the genus level [7].

Fertilized eggs with tiny embryos (cyst) fall to the soil surface and remain dormant until the next wet season and the right environmental stimuli triggers hatching [7].

A small (0.56 - 0.92-inch (14 - 23-millimeter)) freshwater aquatic crustacean restricted to vernal pools and other non-vegetated ephemeral pools [1]. Mature males are between 0.56 in (14 mm) and 0.92 in (23 cm) in length with a cylindrical frontal appendage that is bilobed at the the tip [5]. Males are distinguished from other fairy shrimp species primarily by the second pair of antennae [7]. Mature females are between 0.56 in (14 mm) and 0.84 in (21 mm) and carry their cysts (i.e.,eggs) in an oval or elongate ventral brood sac that is visible while swimming. Both male and females have a red color to the ceropods (tail feelers) covering a portion of abdomen [5]. Cysts can hatch within 7 to 12 days of inundation [7], but they take 7 weeks to 2.5 months to reach maturity [8]. After several years of breeding, cyst “banks” develop in pool soils [9]. In any given year, only a fraction of the cysts may hatch when the pools refill during the rainy season [10]; this partial hatching of cysts helps the Riverside fairy shrimp to survive and sustain a cyst bank in an extremely variable environment [11].

Riverside fairy shrimp are filter feeders that use their leaf like legs to feed on algae, bacteria, protozoa, rotifers, and bits of detritus while swimming upside down [6].

Dispersal is relatively localized and fairy shrimp within a complex have been found to be more closely related to each other than to individuals found in adjacent but not connected complexes [12]. Fairy shrimp are a food source for waterfowl (especially ducks) and are thought to also be dispersed by them as they move from pool to pool and complex to complex [1] .

Vulnerable and threatened by habitat disturbances such as; urban, road, and agricultural development; off-road vehicle (OHV) use; trash dumping; cattle trampling; human trampling; military activities; water management activities; and habitat isolation [14]. The development of an increase in border security continues to threaten Riverside fairy shrimp populations along the international border on Otay Mesa [15]. Because vernal pools are considered Riverside fairy shrimp habitat, impacts to vernal pools, complexes and the associated watersheds (i.e., destruction of vernal pools or their watersheds, and isolation of pools and fragmentation of pool systems) can result in local extirpations of this species and cutting off potential recolonization events by dispersal from nearby populations [13]. Impacts to the associated upland habitats, which provide much of the food sources (algae, diatoms, and particulate organic matter brought into pools via overland flow of rainwater) will also affect the long-term survivability of this fairy shrimp species [14]. Climate change and drought effects threaten this species by changing its distribution and abundance across the range as air and water temperatures rise and shifts in the seasonality and length of ponding result in conditions unsuitable for the Riverside fairy shrimp to complete its life cycle and depleting the cyst bank.

Not all vernal pools fill in a given year, and pools may not pond long enough for Riverside fairy shrimp to hatch [1]. Surveys may miss collecting adults due to the species' very low percentage of cyst hatching (i.e., as few as 0.18 percent) [10]. The ability to develop and maintain cyst banks is vital to the long-term survival of Riverside fairy shrimp populations [1]. They emerge later in the season than other fairy shrimp species, and therefore can be easily missed during presence/absence surveys [8]. The species is restricted to approximately 59 acres of remaining suitable habitat [14]. San Diego supports the largest number of individual occupied pools and complexes. Skunk Hollow in Riverside County, is 33 acres in size, and supports the greatest extent of occupied habitat in the species’ range.

[10] Simovich, M.A. and S.A. Hathaway. 1997. Diversified Bet-hedging as a Reproductive Strategy of Some Ephemeral Pool Anostracans. Journal of Crustacean Biology 17: 38-44.