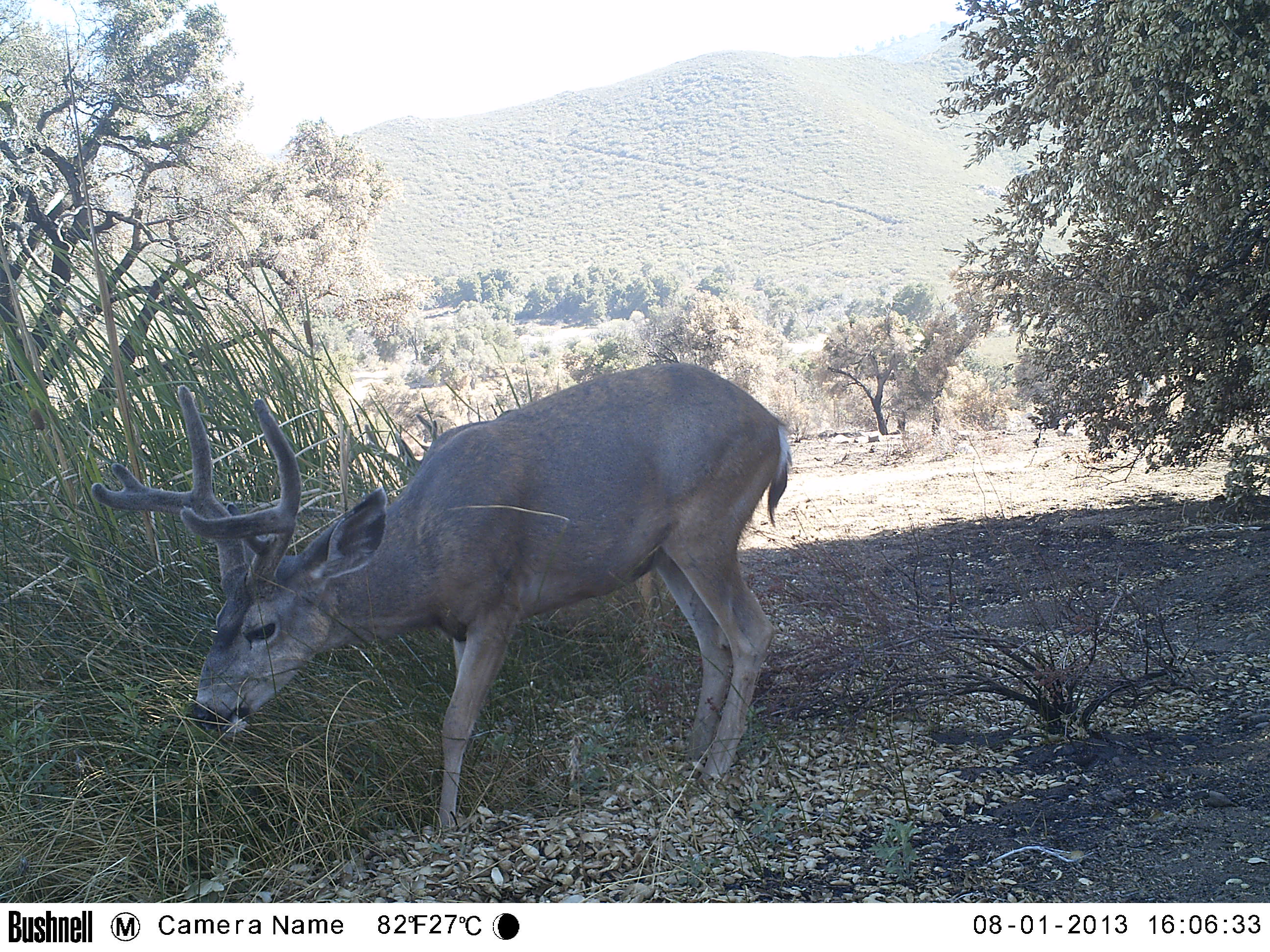 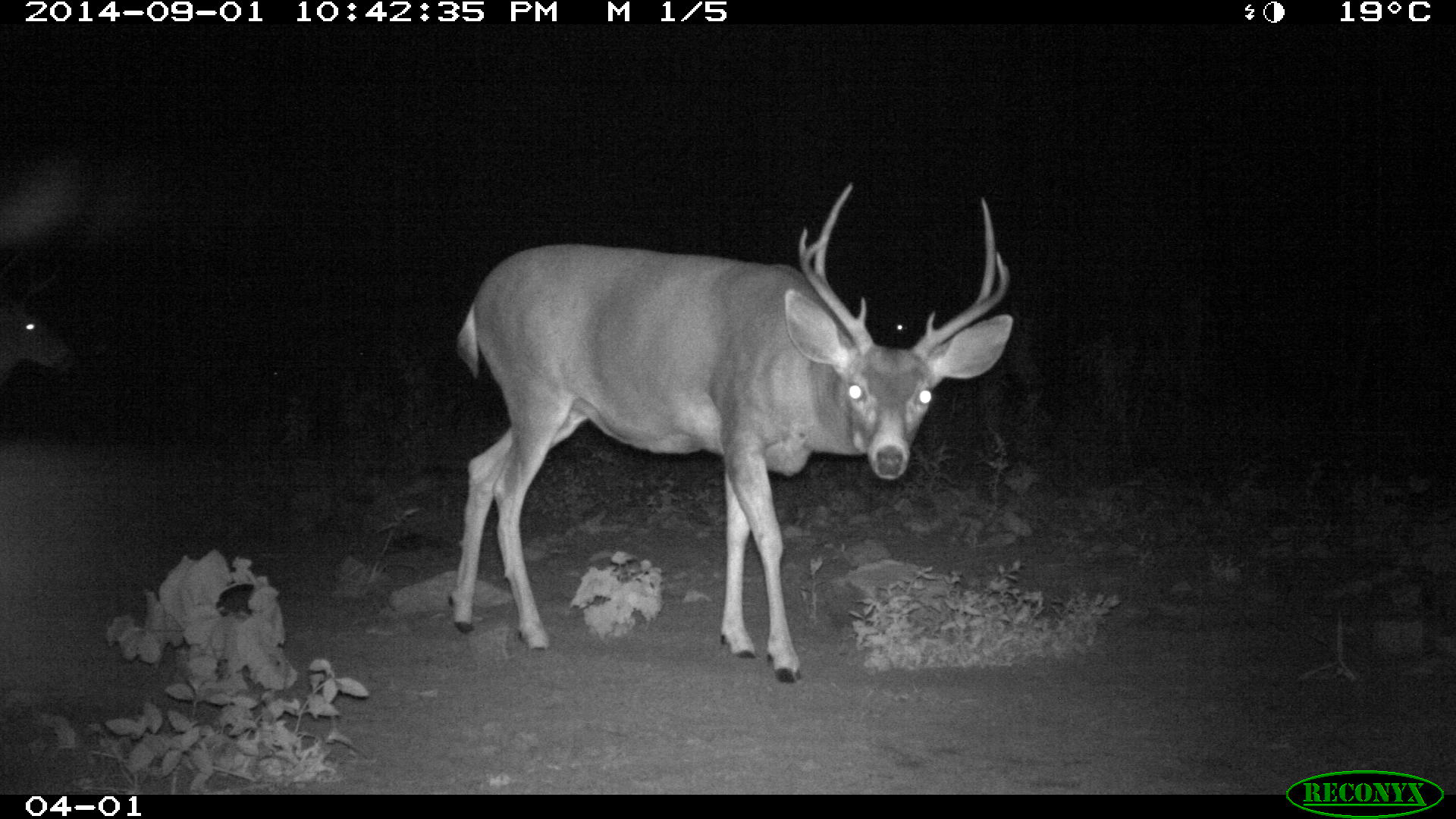 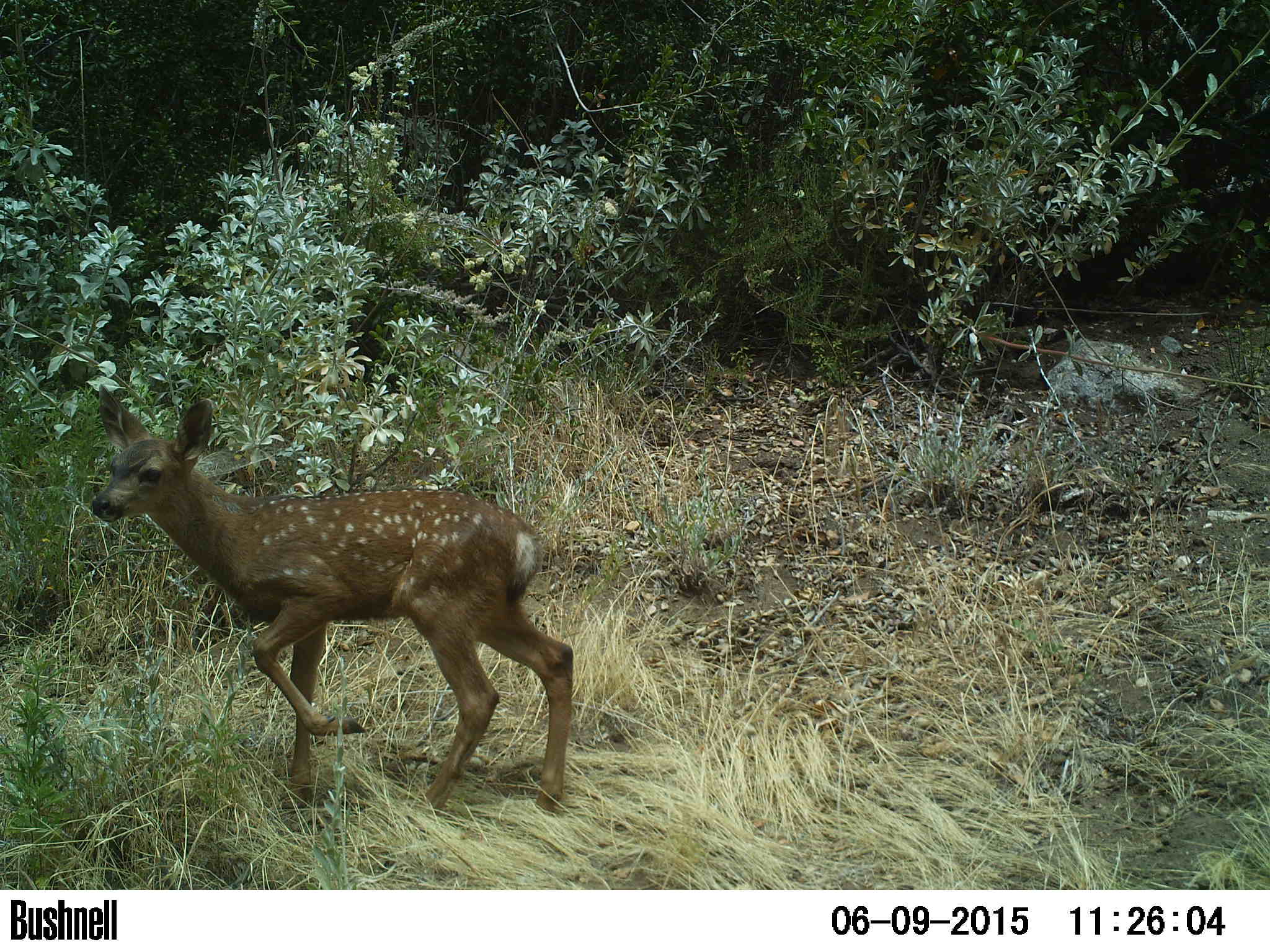 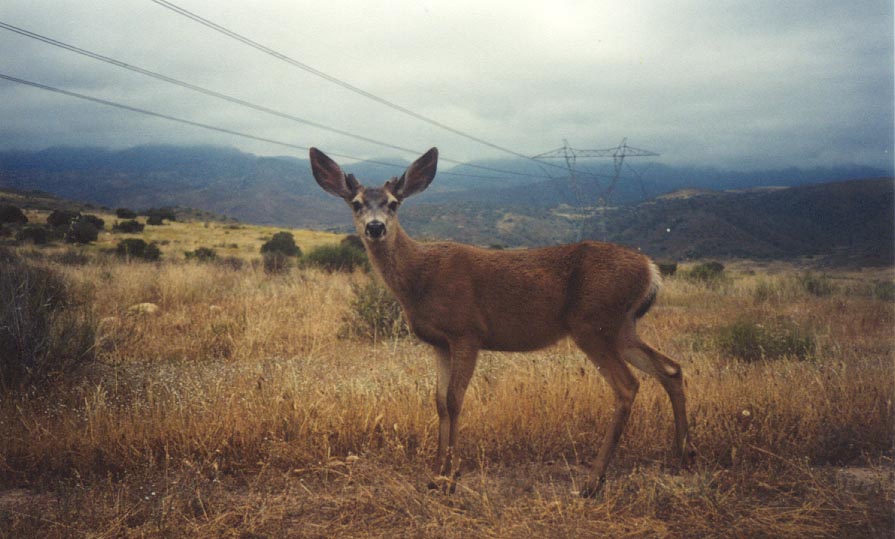 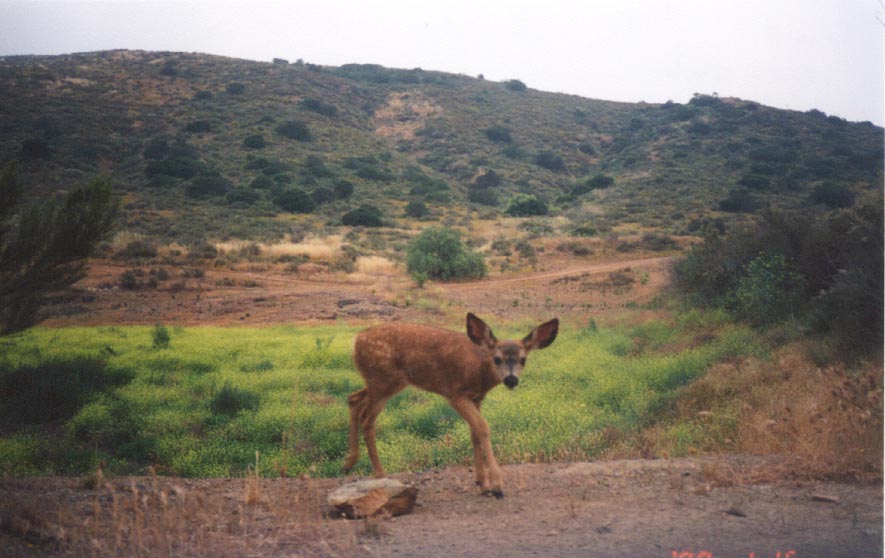 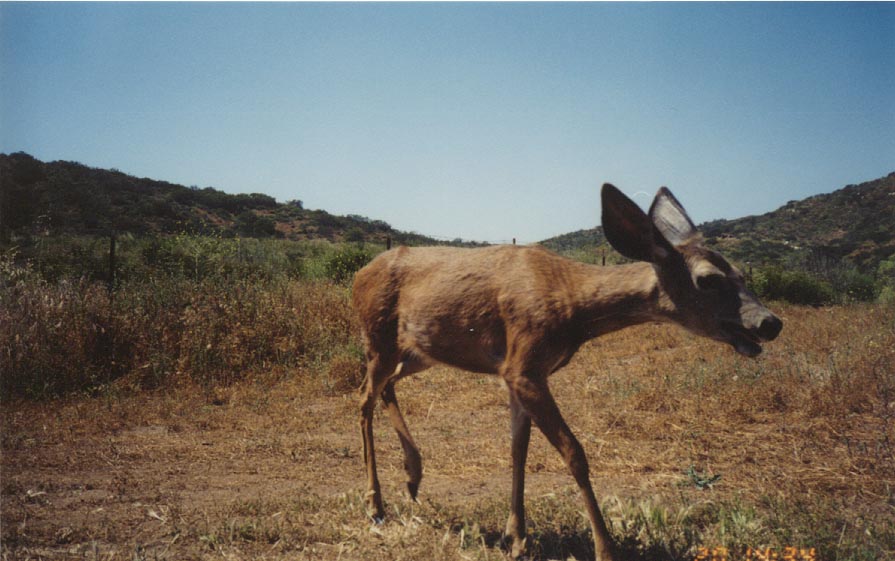 Goal: Enhance and expand areas occupied by southern mule deer in San Diego County within suitable natural vegetation surrounded by a limited number of high use roads, and increase connectivity (and reduce potential road mortality) between occupied and suitable habitat areas to allow expansion and movement of southern mule deer occurrences and to ensure persistence in the MSPA over the long-term (>100 years).

In 2018-2019, collect genetic material from southern mule deer to determine the extent of deer movement between conserved lands and barriers to connectivity in northern San Diego County

In 2017 and 2018 and in conjunction with other linkage assessments and implementation plans, as feasible (e.g., mountain lion), integrate wildlife infrastructure recommendations to enhance deer movement based on results of deer genetic studies.

From 2018 to 2021, monitor implementation and effectiveness of linkage enhancements actions for mule deer and other wildlife species

Range from the Southern Yukon and Mackenzie south through the western U.S. to western Texas, and throughout Baja Calif. and N. Mexico.[1]

Riparian and oak woodlands, coniferous forest, coastal sage scrub and chaparral; suitable habitat is a mosaic of vegetation, with clearings interspersed by dense brush or tree thickets; brushy areas and thickets are important for cover and thermal regulation; deer require sources of water throughout the year. [1]

Primarily active in mornings, evenings, and on moonlit nights, but may also be active at mid-day in winter. [1]

Serially polygynous; rutting season occurs in autumn; a dominant buck tends an estrous doe until matings are completed, or the buck is displaced by another buck; gestation period is 195 to 212 days; fawns are born from early April to midsummer;males and females are mature sexually in their second year; twins are common after the first or second fawning; triplets are rare; mule deer may live more than 10 years in the wild. [1]

Prefers to browse on tender new growth of various shrubs such as ceanothus, mountain mahogany, and bitterbrush; forbs and grasses are important in spring; they feed heavily on acorns where available, primarily in autumn; they also dig out subterranean mushrooms and commonly frequent salt or mineral licks. [1]

Most of the Calif. population is migratory, moving to lower elevations in the fall. However, mule deer in San Diego Co. are non-migratory; typical home ranges are fairly small, about 1.9 mi [2] for males, and 0.6 mi2 for females; does may defend small areas in late spring and early summer when caring for newborn fawns. [1]

Fragmentation by private property and urbanization could result in local extirpation without appropriate conservation measures. Roads are a significant source of direct mortality and habitat fragmentation. [2] In a study of deer genetics in San Diego Co., a graduate student at SDSU (Anna Mitelberg) found evidence for limited dispersal, a population structure that corresponds to major freeways, and population bottlenecks within the past 60 years. [4]

Excerpted from the San Diego MHCP, Volume 2 (see AMEC and CBI 2003 and citations within) - Migration and dispersal corridors that minimize the potential for roadkill are an important component of a preserve design and will benefit mule deer. Mule deer are an important prey for mountain lions. New or realigned roads should be removed from riparian corridors, and properly designed road undercrossings, with wildlife fencing along roadways, should be installed at natural crossing locations to minimize vehicle-deer encounters.