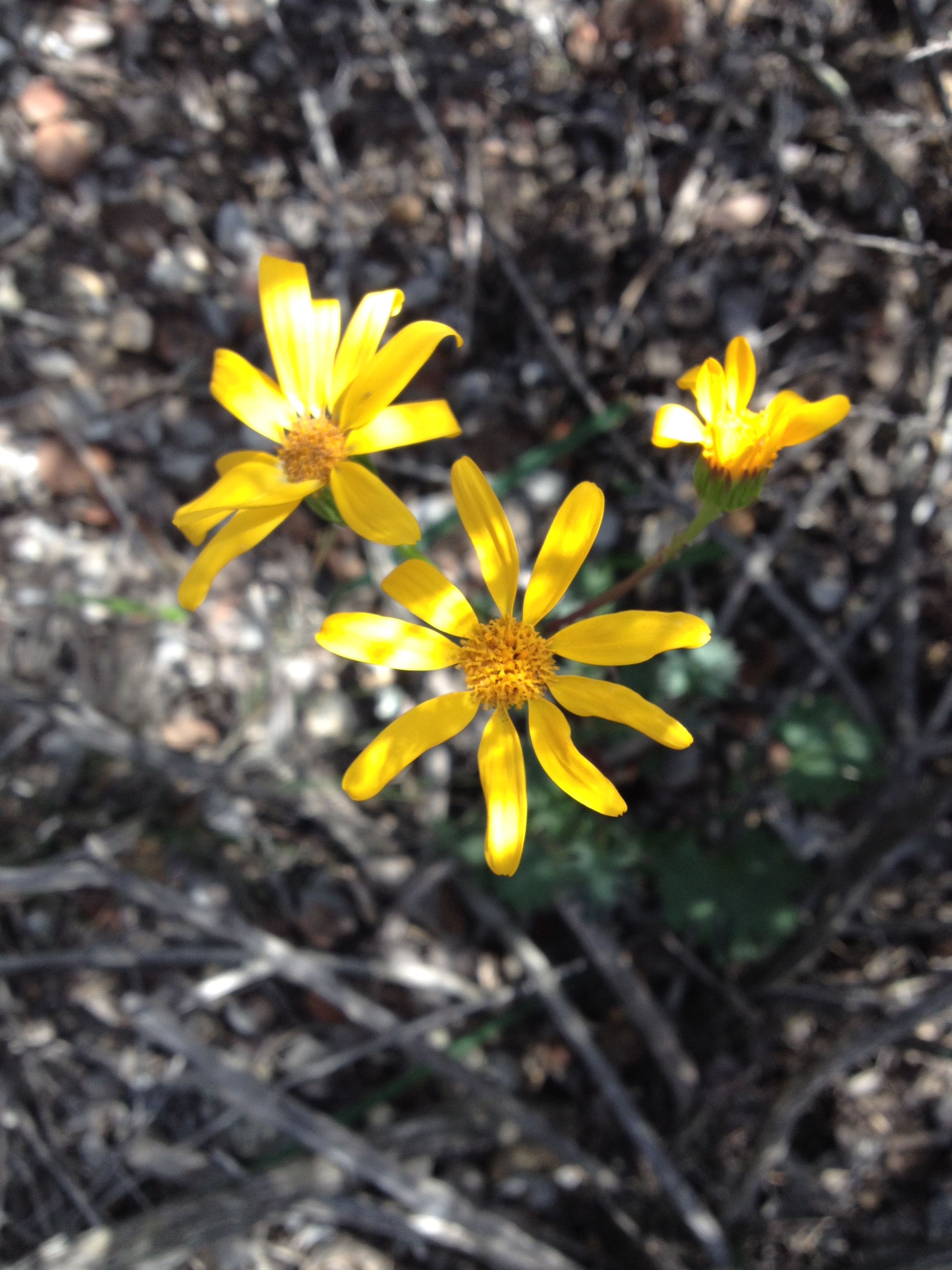 Beginning in 2017, conduct routine management actions identified through the IMG monitoring in 2016 and subsequent years at Gander's ragwort occurrences on Conserved Lands (see occurrence table). Depending on the type and level of threat, management should be conducted as needed, not necessarily every year, and using BMPs with precautions to do no harm.

A very localized California endemic, reported from Riverside and San Diego Counties [1,2].Occurs at three locations on Conserved Lands within the MSP area: in MU3 in small occurrences (<500 individuals) at McGinty Mountain and Sycuan Peak, and in MU4 at the former Salvation Army Camp [3].

Reported as preferring chaparral understory, often beneath chamise [1]; reported from burned areas [2, 4] and gabbroic outcrops [2]. Elevational range 400-1200m [2]. While often associated with burned areas not restricted to such areas [5].

Corollas brick-colored or distinctly orange [5]. Species in the aureoid Senecio complex (which includes this species as named Senecio ganderi) are obligate outbreeders and reported to be pollinated by a variety of flying insects [5].

Species in the aureoid Senecio complex (which includes this species as named Senecio ganderi) have seeds adapted for wind dispersal (presence of pappus of numerous capillary bristles; [5]).