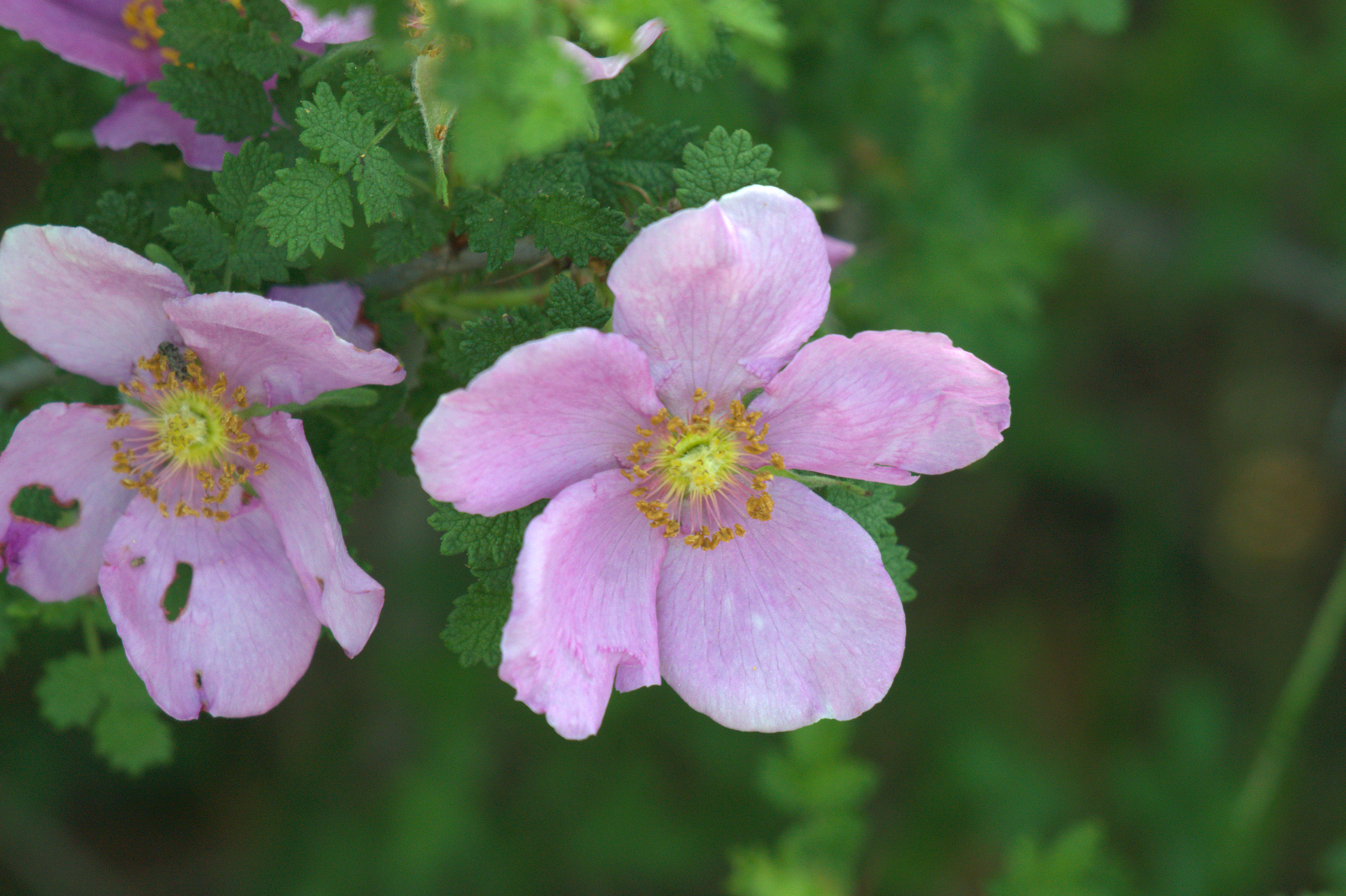 Beginning in 2017, conduct routine management actions as identified through the IMG monitoring conducted in 2016 and 2021 at the small-leaved rose occurrences on Conserved Lands (see occurrence table). Depending on the type and level of threat, management should be conducted as needed, not necessarily every year, and using BMPs with precautions to do no harm.

Distributed primarily along mesas and canyons near the coast in Baja California, Mexico, although it extends north into the very southern part of San Diego County [1]. There is a transplanted occurrence and one potentially extant natural occurrence in MU3 in the MSPA. [2]

In the U.S. occurs in Diegan coastal sage scrub and in Baja California occurs in mesas and arroyos near the coast. [1] Found on rocky to heavy clay soils. [3]

Member of Rosaceae but does not belong to the same clade that includes most North America taxa and Asian and European taxa4. Most rose species in North America are the result of multiple introductions from European and Asian taxa. It is not determined if small-leaved rose originated in North America or in Europe or Asia.

Dicot shrub. Seeds collected from small-leaved rose plants in Baja California had low viability and were slow to germinate. [3]

Generally blooms March to July. [5] although flowering is unpredictable based on observations of the transplanted shrubs and appears to be dependent on the amount and timing of rainfall. [3]

Special considerations: Originally, one shrub was located on Otay Mesa and was salvaged and divided into plants and cuttings that were transplanted to Dennery Canyon area. [3] Transplant success was high and occurrence appears stable over the short-term and relatively protected from threats. In 2009, two rose bushes were reported at the Otay Ranch Preserve‘s San Ysidro parcel, although these plants have not been found during subsequent surveys. [7,8]

[7] Dudek and Associates. 2010. Baseline Biodiversity Survey for the Otay Ranch Preserve. Prepared for the County of San Diego.