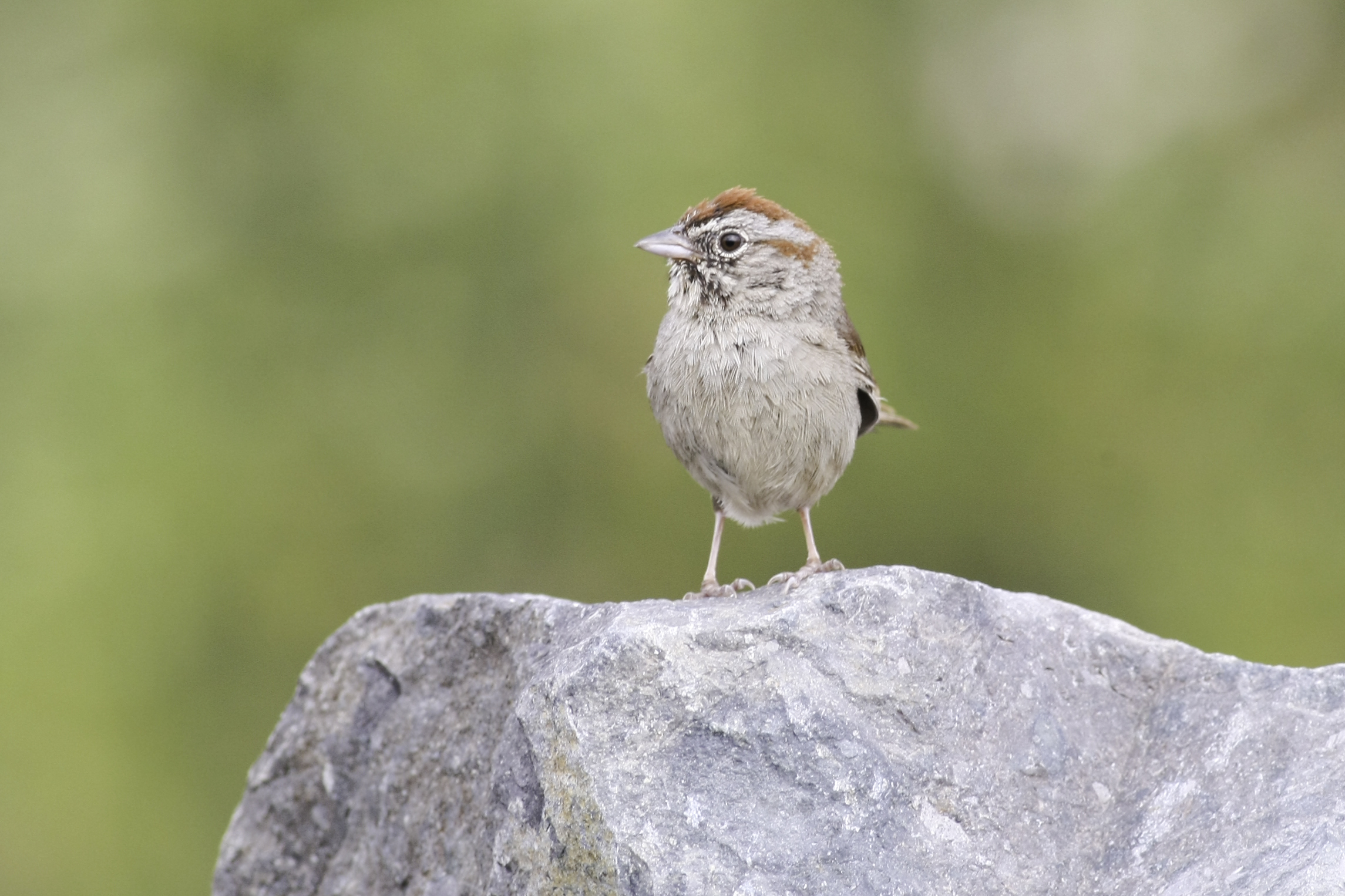 Species range is discontinuous, inlcuding many small and isolated populations throughout the western U.S. and Mexico [1]. A resident of southwest California on the slopes of the Transverse and Coastal ranges from Los Angeles County south to Baja California Norte. Can also be found on San Martin Island [1;2, cited in 7]. Typically found between 2000 and 6000 feet in elevation [3]. Descend to lower elevations outside their normal range during severe winters [1].

Widespread over the coastal lowland and foothills of San Diego County in sage scrub, broken or burned chaparral, and grassland with scattered shrubs [4]. Prefers open shrubby habitat on rocky, xeric slopes [5;6; both cited from 7;8]. Average habitat is fairly steep south-facing slopes with about 50% cover of low shrubs [4]. In California, breeds in sparsely vegetated scrubland on hillsides and canyons. Can also be found breeding in coastal bluff scrub, low-growing serpentine chaparral, and along the edges of tall chaparral habitats [1;6, cited from 7]. Thrive in areas that have recently been burned, and will stay in such open, disturbed habitats for years until the chaparral matures [1;4;6, cited from 7].

Currently 17 recognized subspecies, 5 that occur in the United States and 12 that occur in Mexico [1]. Of the 5 subspecies that occur in the U.S., 2 inhabit the desert southwest (A. r. scottii and A. r. eremoeca) and 4 are found in California (A. r. canescens, A. r. obscura, A. r. ruficeps, and A. r. scottii) [1;2, cited in 7]. Previously known as the ashy Rufous-Crowned Sparrow. A. r. canescens occurs in San Diego County and is restricted to the San Diegan District of the California Floristic Province [4].

Monogamous [7;9]. Breeds from mid-March to mid-June with a peak in May [9]. Pair bonds appear to be maintained throughout the breeding season and possibly year-round [6, cited in 7] with an apparent majority of birds paired for mulitple breeding seasons [11]. Males defends territories year-round [7]. Nests primarily on ground, rarely in low shrubs [4]. Clutch usually 3-4 eggs, occasionally 2-5 (1;10]. Only the female incubates [6, cited in 7;10; 12, cited in 9]. Incubation appears to last 11-13 days [7]. Chicks are altricial [1;7;12, cited in 9]. Female begins brooding immediately after hatching occurs and is the only parent to brood [7]. No information on adult survivorship [1].

Primarily feeds on small grass and forb seeds, fresh grass stems, and tender plant shoots during the fall and winter [1;10;13, cited in 9]. Occasionally consumes insects such as ants, grasshoppers, ground beetles, and scale insects. Insects and spiders become more common in diet during the breeding season [1;13, cited in 9]. Forages on or very near the ground while walking or hopping under shrubs or within dense grass or herbaceous cover [8]. Rarely forages in open areas [2, cited in 7]. Glean insects from low shrubs, grasses, and low herbaceous vegetation. Actively forage throughout the day, obtaining most of their food by pecking or rarely scratching through leaf litter [14, cited in 1]. Forages in pairs during the breeding season, in family-sized flocks in the late summer and early fall, and can occasionally be found foraging in loose-knit mixed species flocks during the winter [1].

Year-round resident [1;4;7]. Exhibit high nest-site fidelity, returning to the same location to nest in subsequent years [11]. Juveniles probably disperse only a few miles from the place where they hatched and adults remain in their established territories for life [4].

Threatened by habitat loss, fragmentation, and degradation due to agricultural conversion, urban development, and fire suppression [5, cited in 7].

[2] Grinnell, J. and A. H. Miller. 1944. The Distribution of the Birds of California. Pacific Coast Avifauna, Cooper Ornithological Society(27).

[6] Rising, J. 1996. A Guide to the Identification and Natural History of the Sparrows of the United States and Canada. A&C Black.