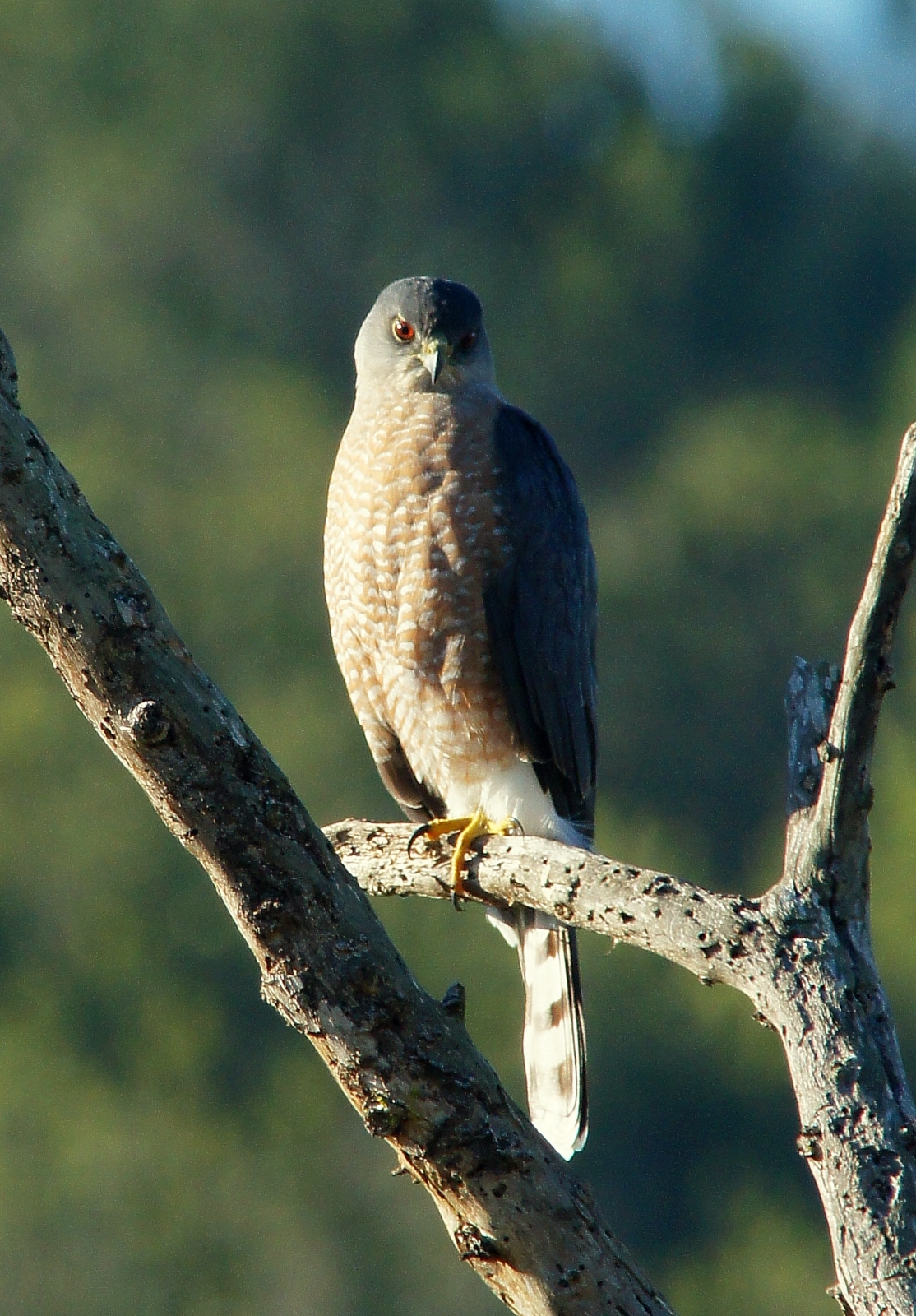 Breeding range from the contiguous U.S., Canada south of the boreal forest, and north west Mexico to north central [1]. Winters primarily from southern Canada south through the U.S., Central America, and Caribbean islands.

Widespread throughout the county especially over the coastal slope [2]. Populations become scarce in the Anza-Borrego Desert region.

Generally found in dense stands of live oak, riparian deciduous, or other forest habitats near water [4]. Tolerant of human disturbance and will occupy urban landscapes, possibly due to higher numbers of favored bird prey that are supported in developed areas.

Yearlong, diurnal activity [6]. Yearlong resident of California. Hawks from northern areas will migrate to California. Hawks will relocate downslope and south from areas of heavy snow in autumn and return in spring.

Nest in either deciduous or coniferous trees, usually 25-50 feet above ground, but beneath the canopy [2]. Breeding takes place late March through August; peak activity May through July. Single-brooded; average clutch size is 3-5. Female incubates 35-65 days [7]. Young are altricial; yearly fledgling success is about 2 young per pair [8].

Since the banning of DDT, the species has thrived and recovered remarkably well [2]. Urbanization posed as a threat, however the Cooper’s hawk has adapted nicely to urban environments mainly due to society’s attitude toward birds of prey and maturation of urban trees over many square miles of formerly treeless scrub. Presently, the main threat to Cooper’s hawk is collisions with motorized vehicles [2].