In 2016, researchers conducted butterfly surveys and habitat assessments at small northern populations and at southern sites. They did not detect Hermes copper adults at any of the eight northern sites, although this was consistent with other (larger) sites in the county due to continuing drought conditions. They did detect Hermes copper at some of the southern sites. Habitat assessments resulted in the mapping of 65 spiny redberry patches and 11 single redberry shrubs across the 8 sites. Up to 90 redberry shrubs were recorded in a single patch, but more patches were represented by a relatively low number of shrubs, and most of the redberry patches had at least 60% shrub cover. Additional insight may be gained from a more formal comparison to the habitat measured at Hermes copper sites in southern San Diego County. Monitoring for Hermes copper has continued at a subset of the sites in since 2016. The species has been greatly affected by the drought. This contract is funded by a combination of SANDAG (5004388 and 5005783) and USFWS (Contract: F17AC00963) contracts. 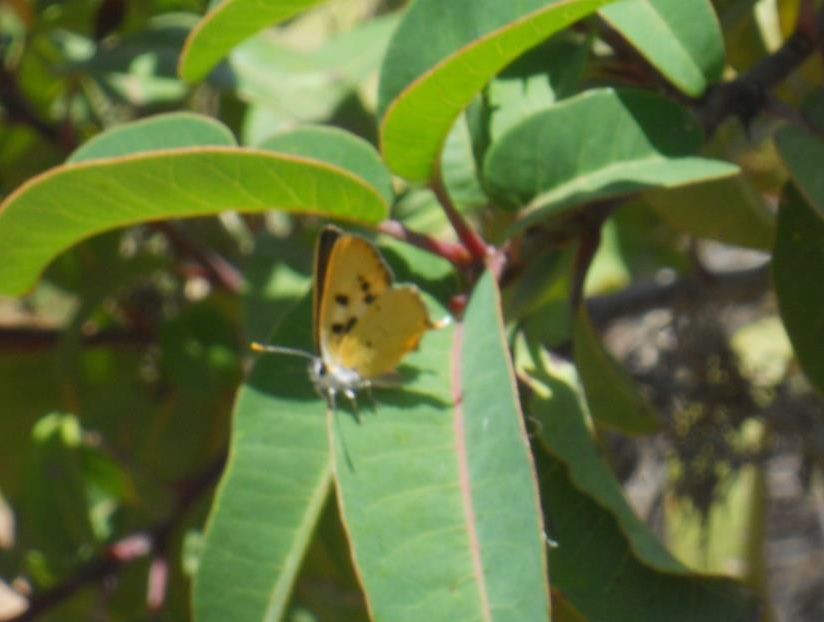