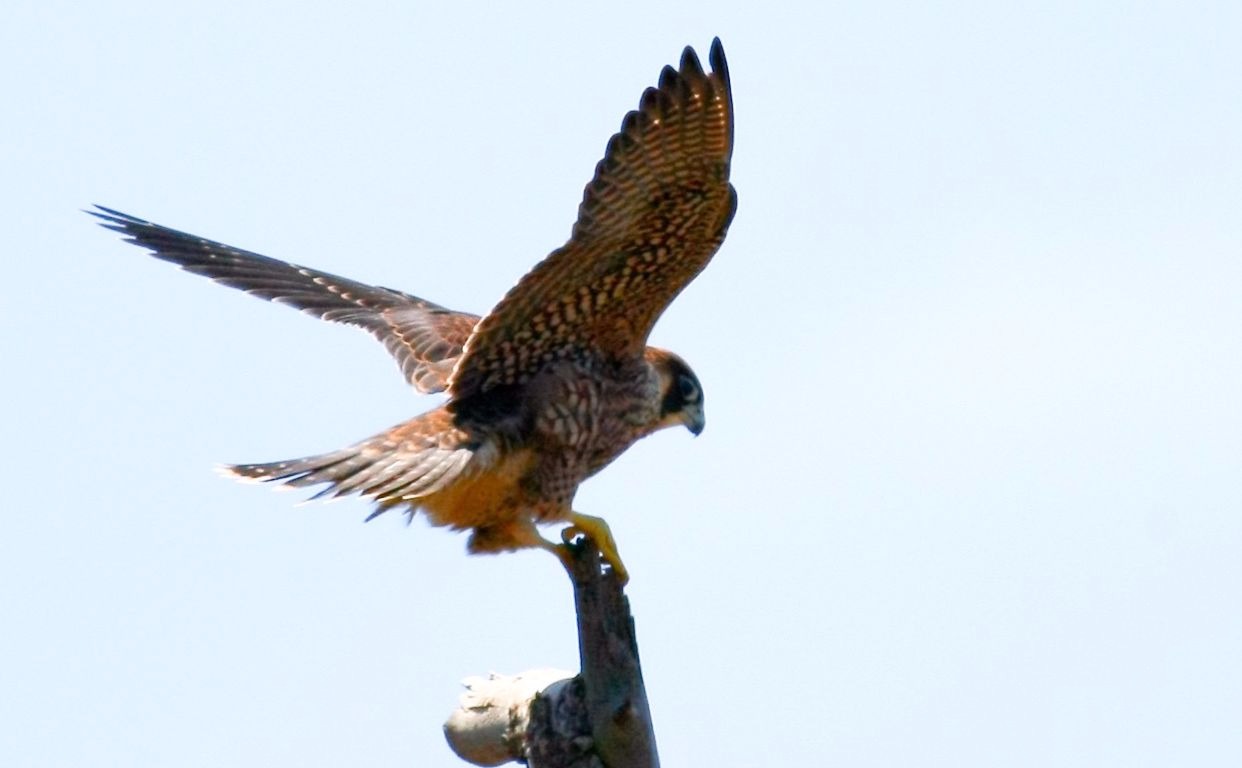 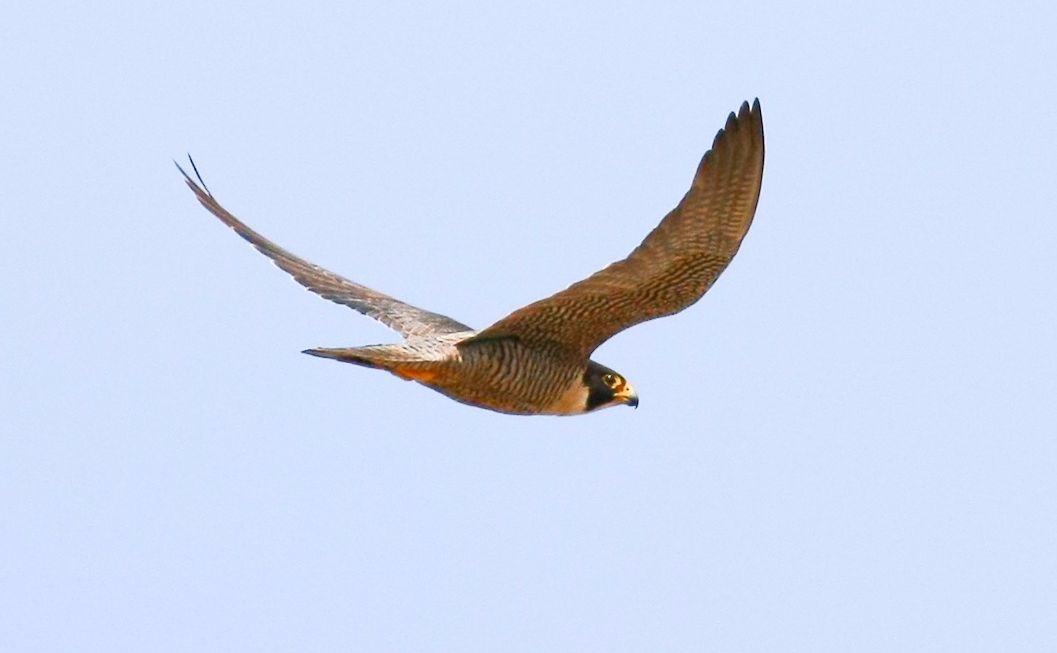 The American peregrine falcon breeds locally from North to Central America [1]. Winters throughout North America from Alaska and Canada south to Mexico.

Uses a variety of habitats; nests are generally on ledges of large cliff faces [4]. May also occasionally nest on the ground or in trees, tall buildings, bridges, or other tall man-made structures [5]. Forages in a variety of open habitats, including tundra, marshes, seacoasts, savannahs, grasslands, meadows, open woodlands, and agricultural areas.

Nineteen recognized subspecies, three of which occur in North America [4]. One of the three North American species, Falco peregrinus anatum, is the only one known to breed in California. Subspecies differentiated by geographic distribution, plumage, and morphometrics.

Year-long, diurnal activity [2]. Generally a San Diego resident from October to February, but recolonized in San Diego County in 2004, breeding at artificial and natural sites. Breeds from early March to late August [6].

In North America, the original breeding range of the American peregrine falcon has diminished drastically due to the impacts of DDT and other chemicals [7]. Breeding occurs from early March to late August. Nests are usually on cliffs, but the falcon will also use the ground, tall trees, buildings, bridges, or other man-made structures near preferred foraging areas. Clutch size usually 3-4 eggs and incubation is about 32 days. Nesting success ranges from 47-80%. A second clutch may be laid if eggs are damaged early enough in the breeding season [7].

Feeds on variety of birds, mammals, insects, and fish [6]. Rarely hunts from a perch and will generally swoop onto its prey or chase prey in flight.

Human disturbances to nesting areas has led to desertion of the nest in early stages of incubation [8]. Illegal shooting on wintering grounds, electrocution from utility poles, collision with vehicles, and poisoning from organochlorides are also threats. Since the ban on DDT, populations have increased, enabling the species to fully recover.

[1] U.S. Fish and Wildlife Service. 1999. Final Rule to Remove the American Peregrine Falcon from the Federal List of Endangered and Threatened Wildlife, and to Remove the Similarity of Appearance Provision for Free-Flying Peregrines in the Conterminous United States. Federal Register (64:46542)