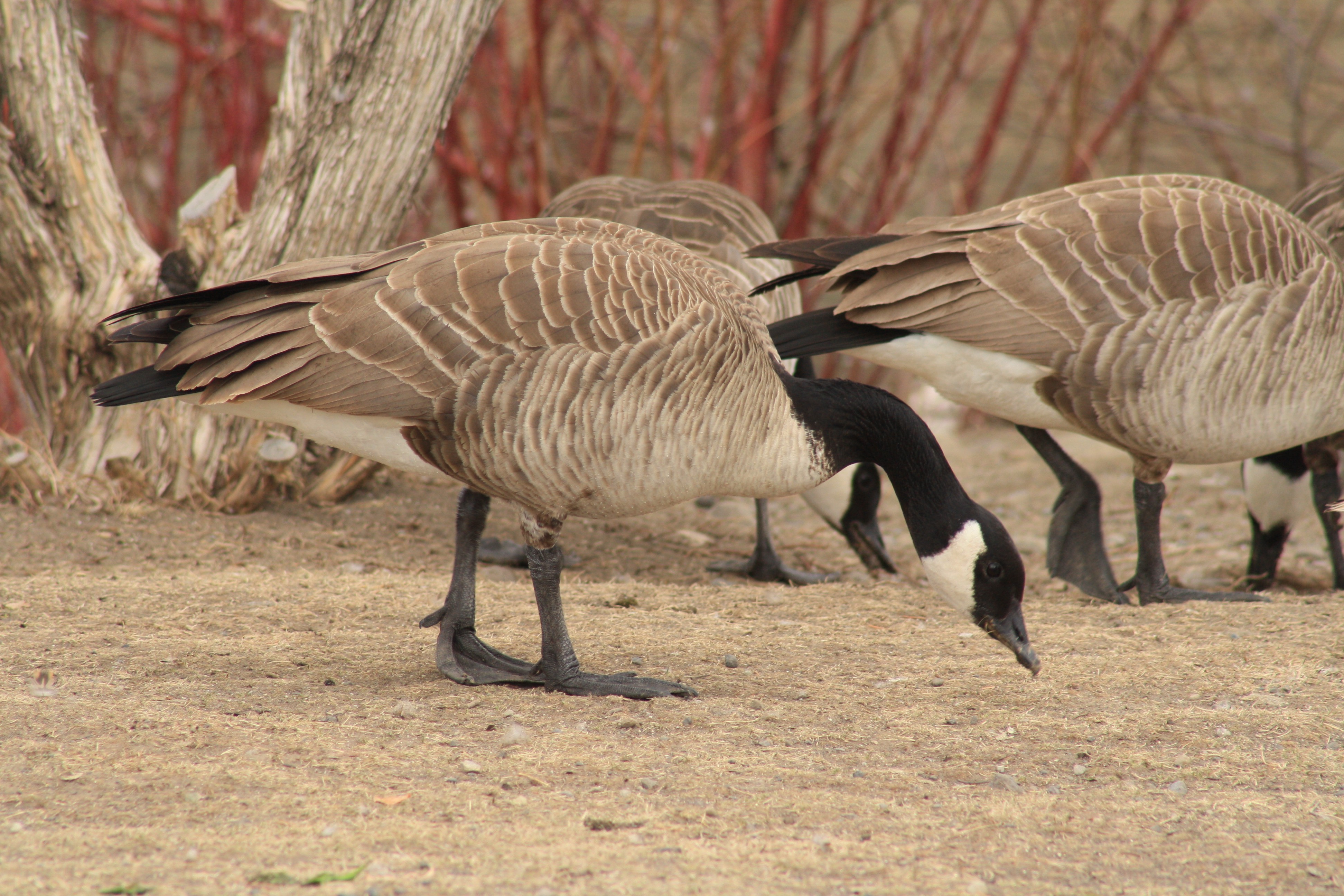 Endemic to North America, occurring in every state due to translocations and introductions since the 1940s, each Province in Canada, and many States of Mexico [1]. Accidental in Hawaii, Greater Antilles, and the Bahamas [2]. Introduced and established in Iceland, Norway, Sweden, Finland, Denmark, the British Isles, Germany, the Netherlands, France, Belgium, Sardinia, Ukraine, Russia, and New Zealand [3].

Fall migration from most northerly nesting areas begins in late August, and departures continue through September [3]. Geese reach northern U.S. by late September through early October. Those wintering farthest south arrive at their wintering areas by early- to mid-November. Most geese reach wintering terminus by mid-December. Main wintering season from mid-November to late February in San Diego County [4]. Migration is both nocturnal and diurnal [5].

Exclusively herbivorous [1; 9, cited in 3 and 10]. Efficient grazer. Feeds in family groups during brooding [3]. Considerable geographic variation in diet [5]. Diet governed by seasonal variation in nutritional requirements and quality and quantity of food, as modified by availability of specific foods [3]. Consumes grasses, sedges, or other green monocots during periods of increase in lean body mass, primarily the growth period in summer [10]. Most populations rely primarily on foods higher in carbohydrate, such as berries during the fall and winter. Almost all populations readily adapted to use of agricultural crops, which predominate in diets of most populations during portions of annual cycle in which they are available [3]. Acclimated to urban environments where they graze on domesticated grasses throughout the year [11, cited in 3].

Natal dispersal strongly male-based [12]. Males move between hatching and breeding sites significantly further than females. Once an individual starts breeding at a site, it appears to continue breeding there for the rest of its life.

Threatened by habitat reductions due to loss of wetlands from urban development [3].

Special considerations: B. c. moffitti is known as a resident goose. Geese nesting and/or residing within the conterminous United States in the months of April, May, June, July, and August will be referred to as "resident" in the DEIS. Resident geese remain in areas associated with human activity and longer growing seasons all year. May forage in urban gardens and consume a variety of native and exotic plants, as well as human hand-outs [11, cited in 1]. Sexual maturity occurs in resident geese at an earlier age than most migrant geese where residents breed first at 2-3 years of age [13;14; both cited in 1] and most migrants do not nest until the ages of 3-5 years [15;16;17; all cited in 1].