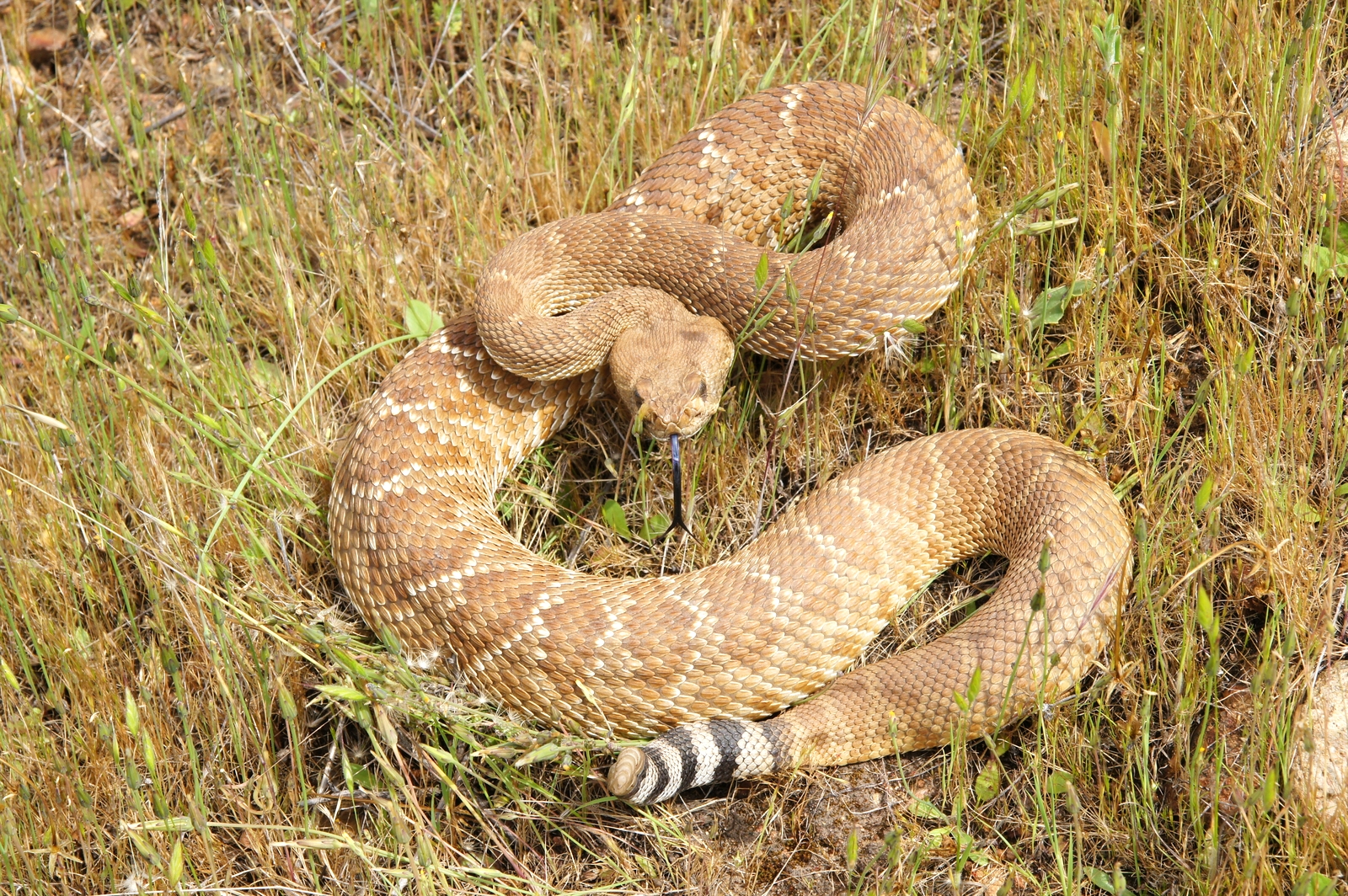 Ranges from near Pioneertown and Morongo valley of San Bernadino County and southeastern Los Angeles County south through Baja California, including several islands in the Gulf of California such as Angel de la Guarda, Pond, San Marcos, Danzante, Moserrate, and San Jose islands [1;2]. Elevational range extends from near sea level to about 1500 m but usually below 1200 m [1;3].

Typically emerge from over-winter locations in late February [4]. Active from spring to fall, but peak activity is from March to June [1;6, cited in 7]. Generally diurnal during the spring and nocturnal during warmer months [2].

Courtship and copulation seen April to May [1;4;6, cited in 7]. Gestational denning in June to September, and all recorded births in September [4]. Young are live born from mid-August to October. Litters range from 5 to 13, with an average of 8 young [1;6, cited in 7]. Longevity in wild is unknown though a snake was observed to have lived over 14 years in captivity [8, cited in 3].

Feeds on small mammals such as rabbits, ground squirrels, pocketmice, wood rats, lizards, and occasionally birds [1;6, cited in 7;9]. Capture prey by either waiting for prey or actively searching ground, rocky areas, and off the ground in bushes [7].

Habitat loss due to urban and agricultural development [3;4;10] especially affecting the coastal populations in California [4;11, cited in 9].

[2] Grismer, L. L. 2002. Amphibians and Reptiles of Baja California, including its Pacific Islands and the Islands in the Sea of Cortes.University of California Press.

[8] Bowler, J. K. 1977. Longevity of Reptiles and Amphibians in North American Collections. Society for the Study of Amphibians and Reptile,Herpetological Circular No. 6.