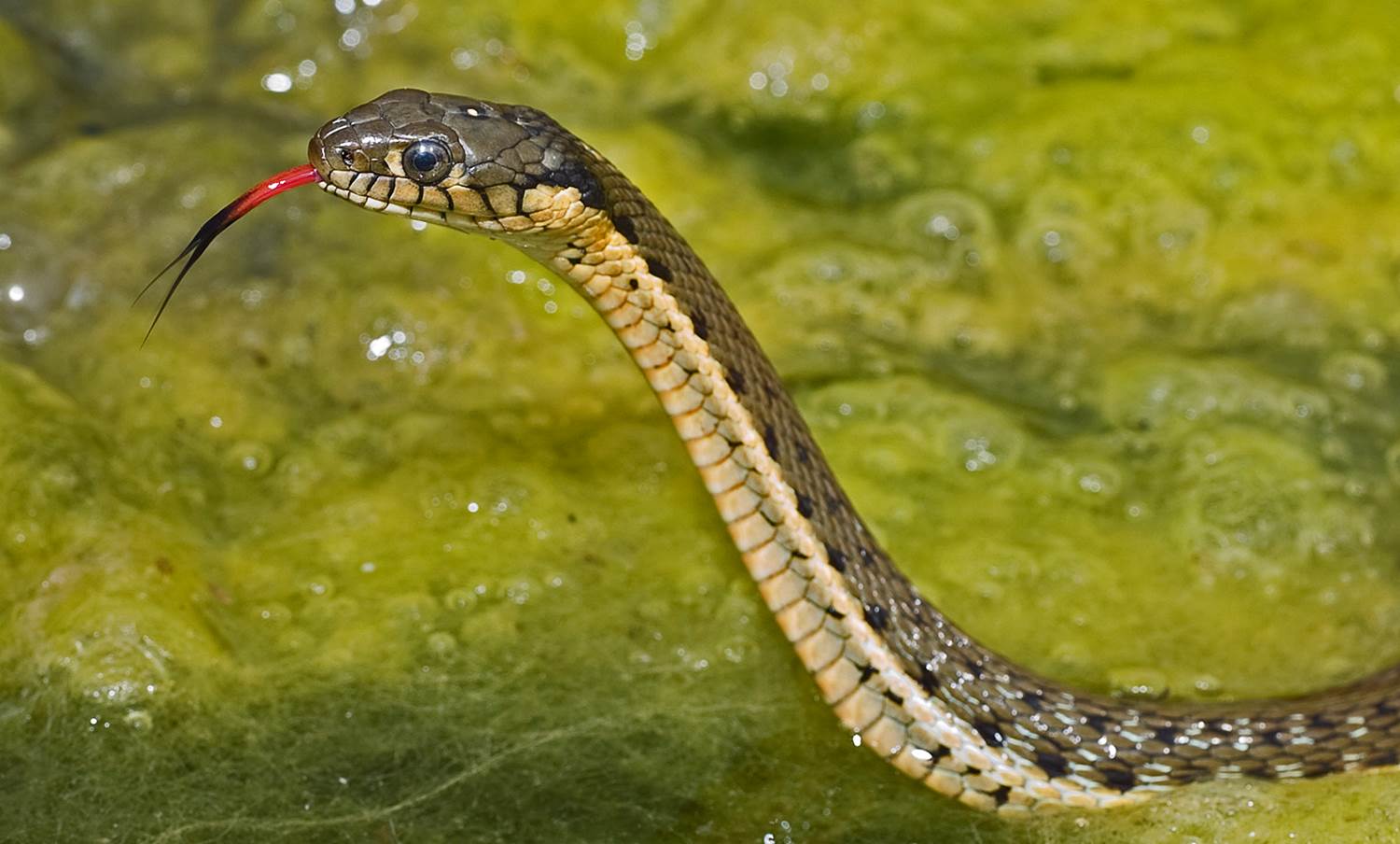 Range is restricted essentially to stream courses in portions of southern California and Baja California, occurring throughout most of the South Coast and Peninsular ranges west of the San Joaquin Valley from the vicinity of Salinas, Monterey County and the southeastern slope of the Diablo Range, south to La Presa, Baja California, Mexico [1;2]. The known elevational range extends from sea level to around 2450 m in Riverside County [3, cited in 4]. Present on Santa Catalina Island in Los Angeles County, California and occurs in several perennial, desert slope streams in San Bernardino County, Riverside County, and San Diego County [5;6;7;8; all cited in 4].

Associated with perennial and intermittent bodies of water bordered by dense vegetation [8;9; both cited in 4;10]. Also inhabit large sandy riverbeds if a strip of riparian vegetation is present along the stream course. Infrequently found in habitats if flooding, overgrazing, burning, or mechanical alteration removes dense riparian vegetation [4]. Habitat preferences may differ seasonally, utlizing streamside sites in the summer and adjacent coastal sage scrub and upland grasslands sites in the winter [11].

Formerly included in Thamnopolis couchii but elevated to species rank [12, cited in 10].

Emerge from hibernation during the spring [4]. Occassionally observed to forage on warm winter days [11;13]. Diurnal snake [10;14] where activity occurs in the morning and afternoon during summer. Restricts activity to the warm afternoons in the spring and fall and at high elevations [4].

Primarily feed on fish and their eggs, tadpoles and metamorphs of small anurans [8, cited in 4;14]. May also consume earthworms and larval California newts [7;8;18; all cited in 4]. Little information regarding foraging behavior though has been observed to use an 'underwater ambush' method as an additional foraging technique [19] to chasing and lunging at tadpoles erratically [14].

Populations have disappeared from about 40% of historical range in California due to loss of riparian habitat through agricultural practices, habitat modification from livestock grazing, urban development, flood control, predation by introduced bullfrogs, fishes, and feral pigs, and loss of amphibian prey [4].

[6] Perkins, C. B. 1938. The Snakes of San Diego County with Descriptions and Key. Zoological Society of San Diego.

[14] Grismer, L. L. 2002. Amphibians and Reptiles of Baja California, including its Pacific Islands and the Islands in the Sea of Cortes.University of California Press.

[16] Bogert, C. M. 1930. An Annotated List of the Amphibians and Reptiles of Los Angeles County, California. Bulletin of the Southern California Academy of Sciences (29):3-14.