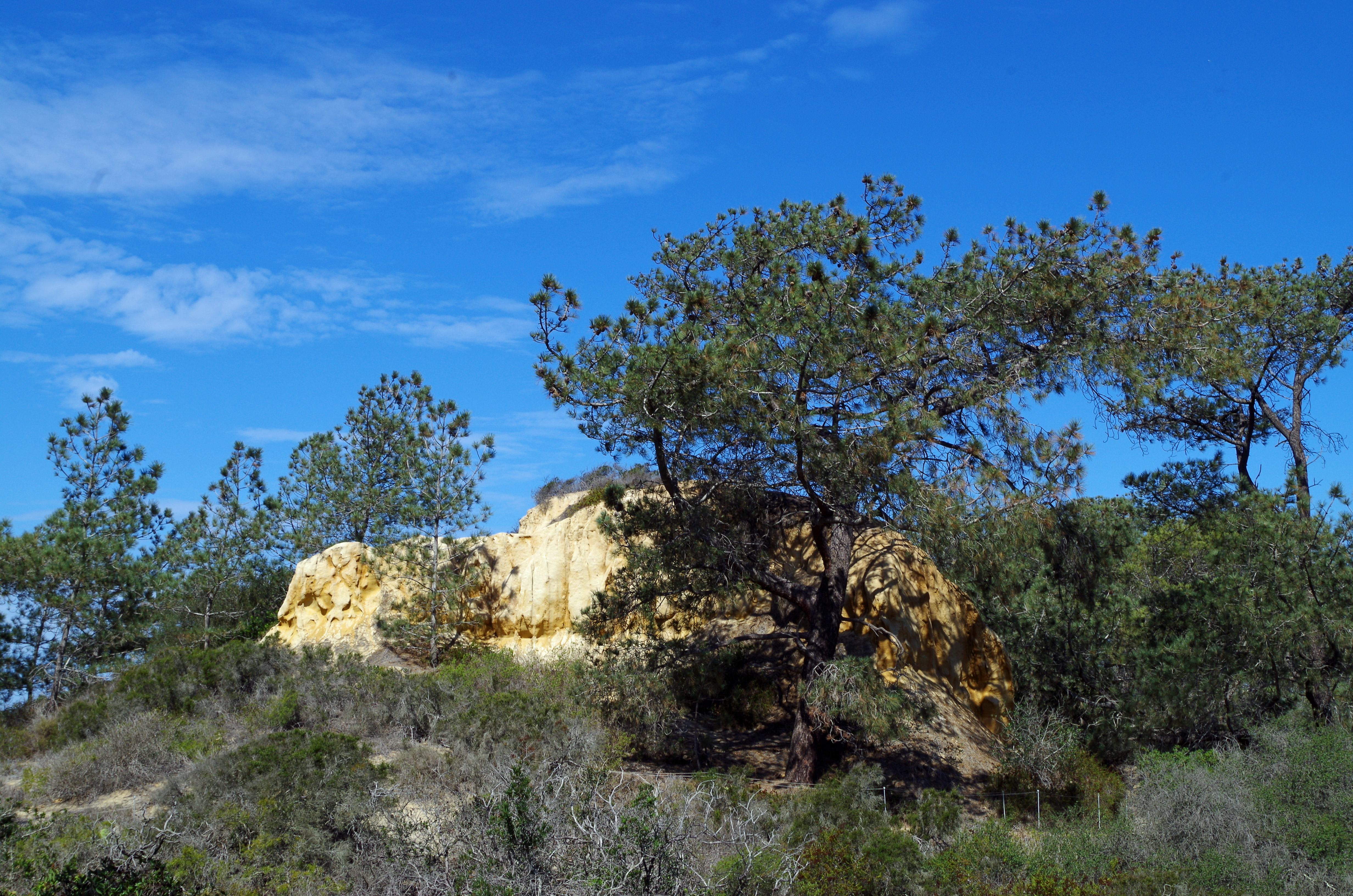 Only two natural populations: the mainland population in and around Torrey Pines State Reserve (TPSR) and Santa Rosa Island population off the coast of southern California [1].

Sandstone habitats in closed-cone coniferous forest and chaparral [2]. Elevation range is 30-160 meters. Dependent on daily fog from the ocean in the afternoon [4].

Perennial evergreen tree [2]. In 2006, the population was 5,394 with an age structure of of 71% adults, 16% sub-adults, 8% saplings, and 5% seedlings [5]. A large, mature tree population, with infrequent seedlings and saplings [6; cited in 1]. Stand population varies between stands due to patchy juvenile recruitment [5]. Stand age will likely increase, given the past rate of seedling establishment and survival [7; cited in 1].

Cones are pollinated from January to March. Reach maturity in the summer two and a half years after pollination. Seed dispersal begins in September after cone-ripening [8].

Obligate seeder [2]. Facultative seral species. Infrequent fire may enhance regeneration due to substantial seed drop following a crown fire [9, 6; both cited in 1]. Seedling establishment increases with fire [1], due in part to the serotinous cones and delayed seed dispersal [5, 9; both cited in 1]. Vestigial wings make the seeds unlikely to disperse far from the parent tree (less than 4 meters) [10].