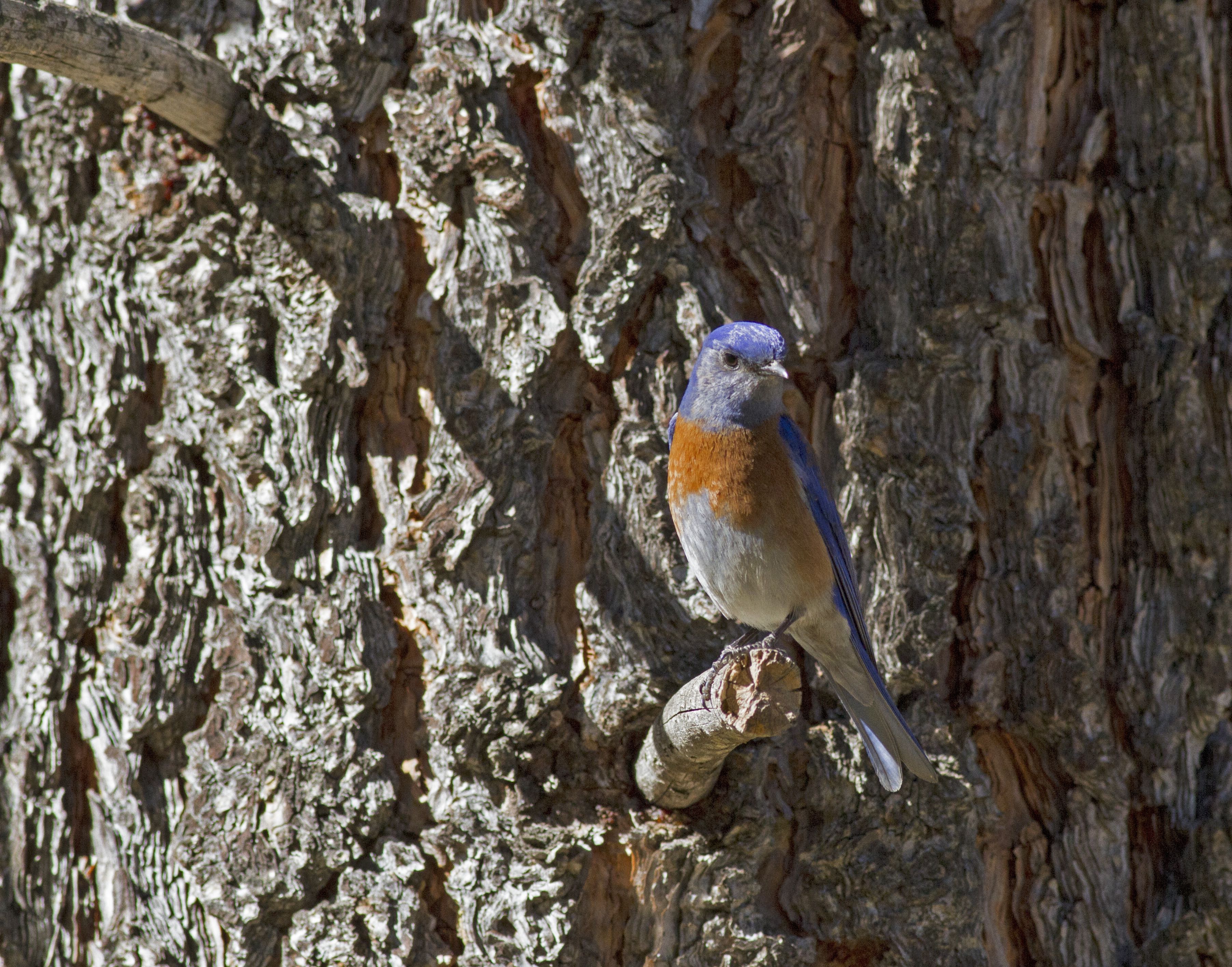 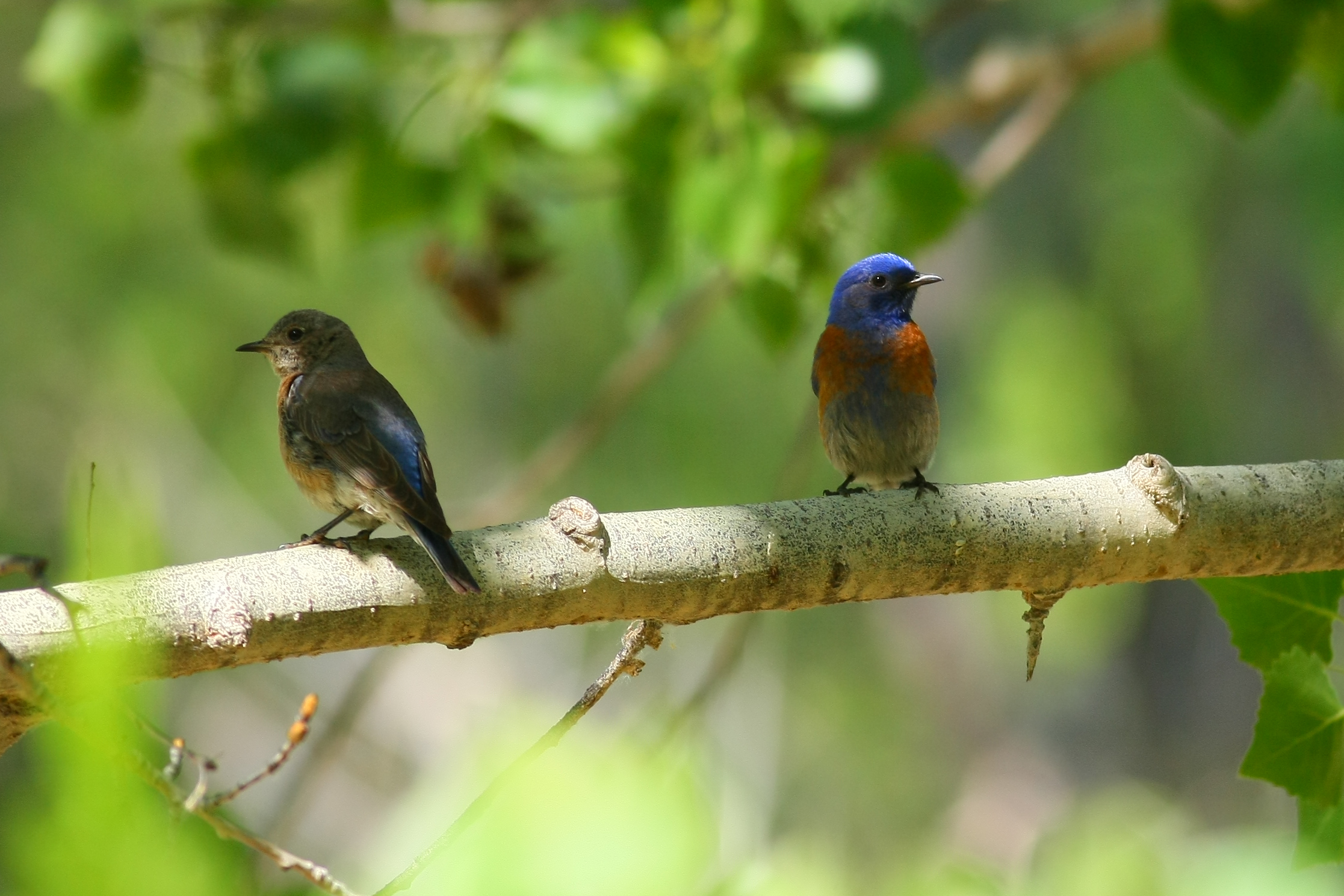 Fairly common year-round. Found in all MUs within the MSPA [3].

Requires trees and shrubs for cover [5]. Typically rests in trees, fences, and shrubs when not foraging. Uncommon in habitats without at least a few trees or large shrubs, even in winter. Utilizes tree or snag cavities when nesting or roosting [5].

Three of the six subspecies exist in North America. Eastern bairdi (breeds in western to central Utah and southern Arizona) is larger with more extensive chestnut on upperparts than western occidentalis. Sialia mexicana jacoti of southeastern New Mexico and the trans-Pecos region of Texas is smallish, with extensive dark chestnut on upperparts [6].

Yearlong, diurnal activity. A resident in much of its California range, but undergoes local and irregular movements in many areas. In the Sierra Nevada region small flocks move during late summer and fall [7]. Relocates from higher mountains in winter, and may move into lowland areas not occupied while breeding.

Western bluebirds are primarily insectivorous ground gleaners and often forage off of perches [9]. Grasshoppers and beetles may be the most important portion of the nestling bluebird diet [10].