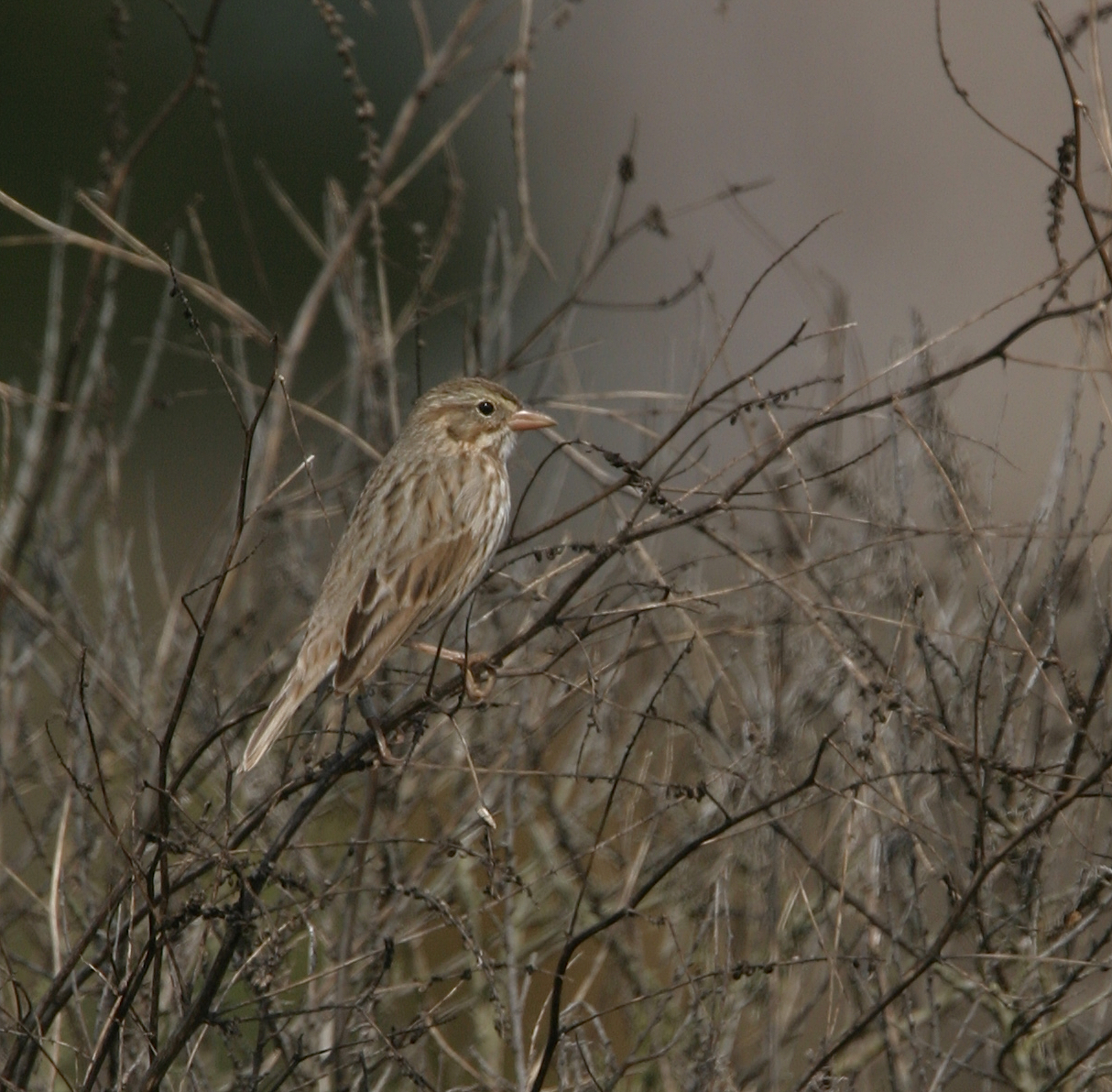 Can be expected anywhere along the coast of the county though does not breed in California and is only a fall and winter visitor [6].

Restricted to shorelines, coastal salt marsh, and mudflats within its California nonbreeding range. Associated with low coastal strand vegetation where Salicornia, Allenrolfea, Suaede, Atriplex, and Distichlis are dominant plants and can be expected anywhere along the coast of San Diego County [1;2;5;6]. Specialized breeding habitat located mainly in the delta mouth of the Colorado River and adjacent coasts of the Gulf of California in northeastern Baja California. Breeds in salt marshes and alkaline sumps of northeastern Baja California and north-western Sonora. Post-breeding dispersants regularly reach southeastern (Salton Sea) and south-coastal California and northwestern Baja California, generally from July through February [1].

Diurnal [5]. Generally migrate at night, although some may continue during the day [1].

Feeds on insects, spiders, snails, and seeds during the winter and migration. Can handle Uca crabs and husk Salicornia seeds. Forages on the ground, sometimes scratches [1;5].

Some are resident but others migrate (now rarely) north or northwest to California or south along both coasts of Baja California. Young depart 11-12 days after hatching (sometimes as early as 8 days) [1].

Decline in population from altered hydrology from changes of breeding habitat in Colorado River Delta [2,6]. Urban development and modification of wintering habitats in California, such as the daily raking of beaches, may also attribute to the decline due to the prevention of kelp and associated food resources for the sparrows to accumulate [2].