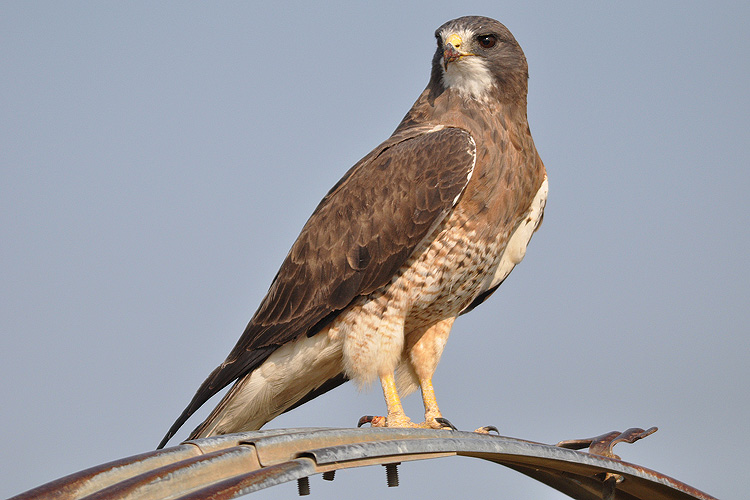 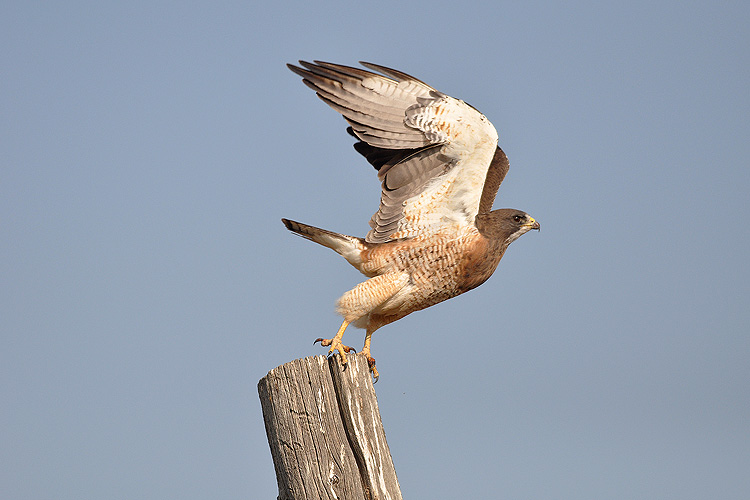 Distribution occurs from western North America throughout the Great Plains of the U.S., into Central America, migrating as far south as Argentina [1].

Migration is diurnal [4]. Nearly the entire population migrates between breeding grounds in western North America to wintering grounds in the lowlands of Argentina. Overall migration can take up to 2 months (20,000km) [4]. Flocks will begin to disperse from Argentina in late February to mid-March and migrate back late August into September [6].

Arrival to breeding grounds begin around March or April [7]. Nest will be constructed 7-15 days after arrival and takes one or two weeks to complete [7]. Nests are typically built in trees, shrubs, or a small group of trees along a stream [8]. Young are altricial and inactive for the first 8-10 days, but able to stand at about 13-17 days. Young can feed themselves at about 23-26 days, but the female may still feed them for up to 32 days. Juveniles first attempt to fly at 29-33 days and fly at around 38-46 days [7].

Young are fed rodents, rabbits, and reptiles [9]. However, when not breeding, adults feed almost exclusively on insects, primarily grasshoppers [9].