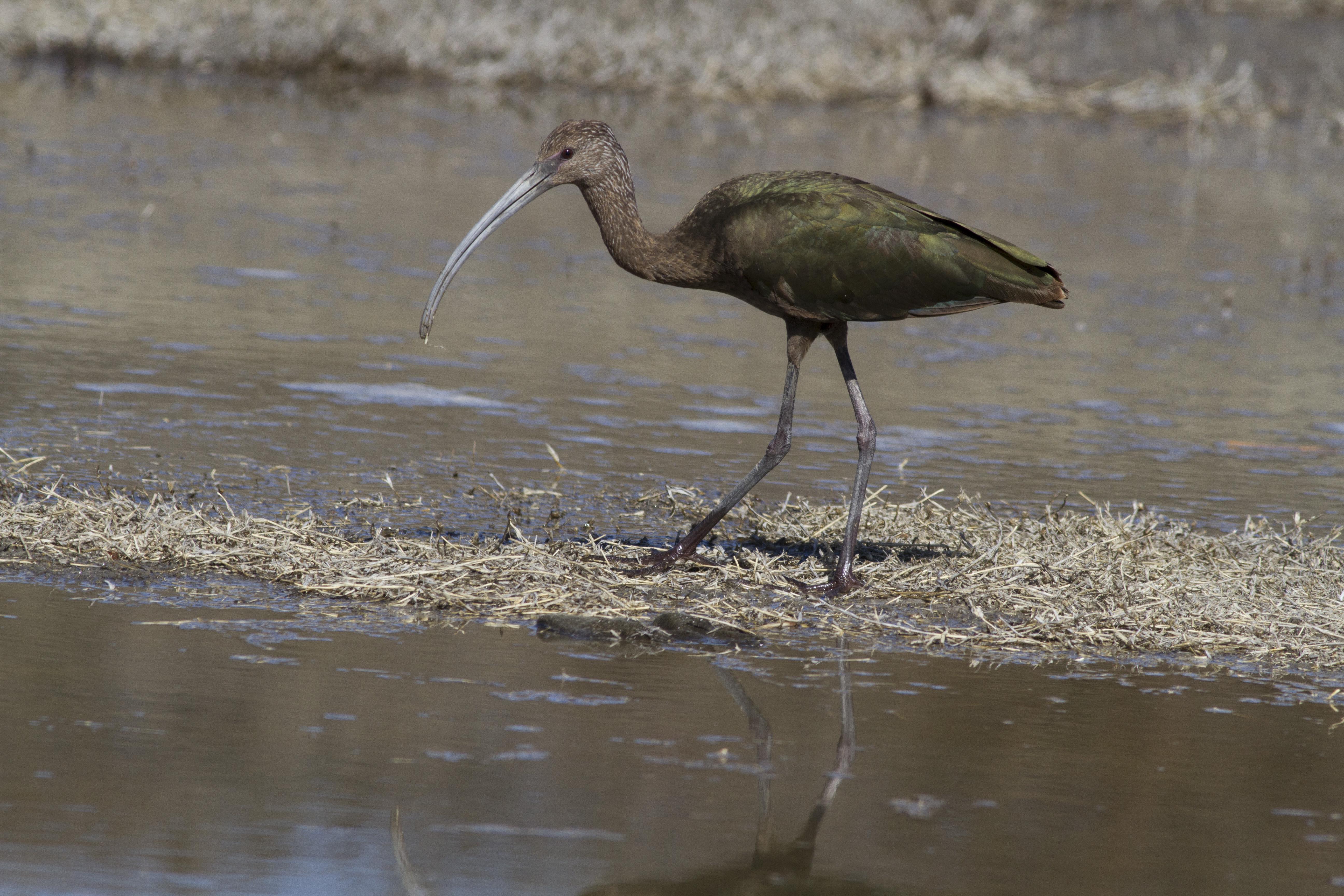 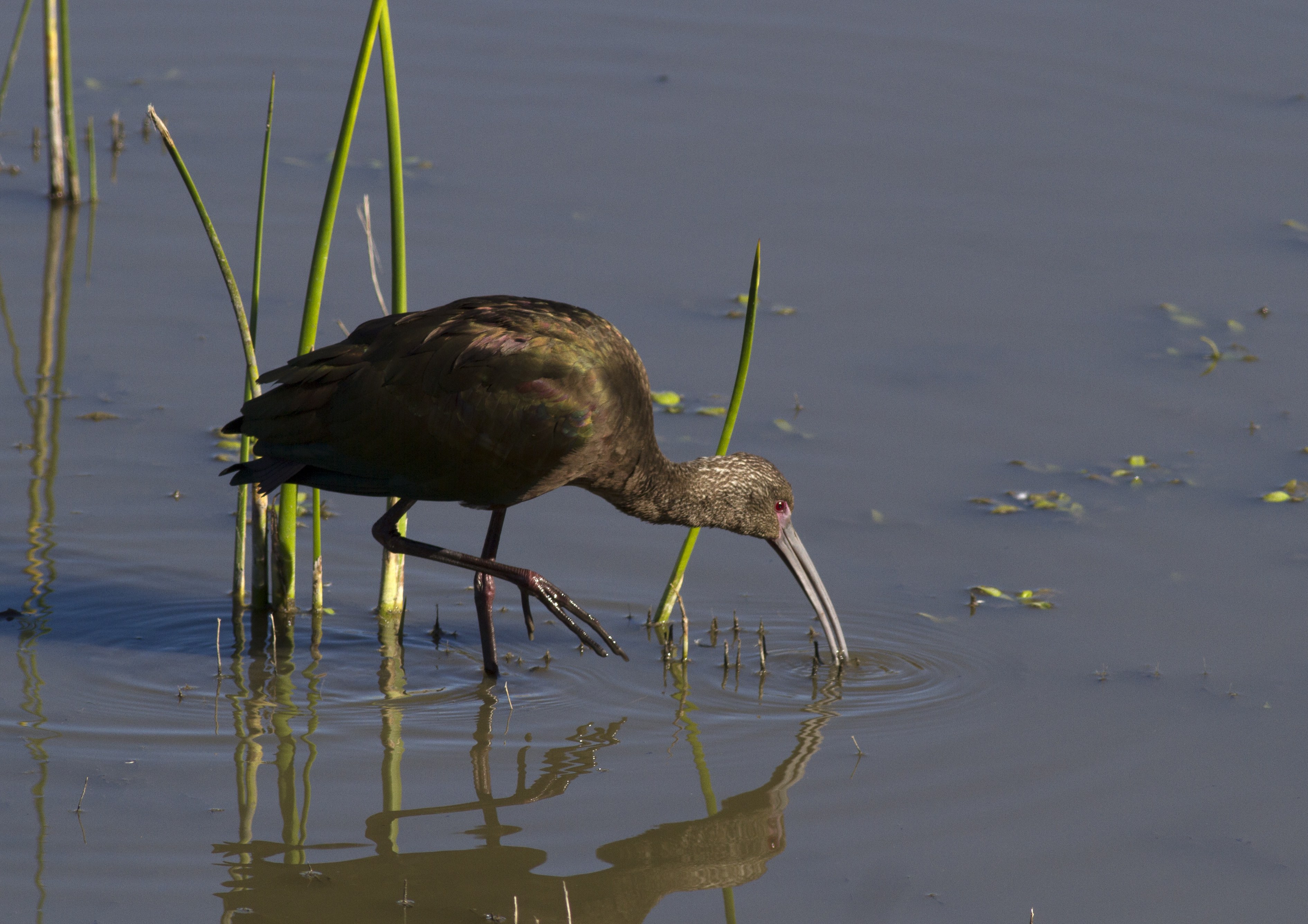 Known to occur in the lower Santa Margarita and San Luis Rey River Valleys, northern San Diego County coastal lagoons, and up Escondido Creek and the San Dieguito River to the San Pasqual Valley during the breeding season. Winters primarily in the San Pasqual Valley and occassionally in Ramona and Dairy Mart Pond [6].

Sometimes considered conspecific with the Glossy ibis, P. falcinellus [2]. No genetic studies have investigated the genetic divergence of these two groups [10], though hybrids have been produced in captivity [1].

Diurnal [2;9]. Several days before nesting, roosts near or within colony site surrounded by emergent vegetation such as cattails, bulrushes, and reeds or low shrubs over water [1;11, cited in 9]. Winters mainly in San Joaquin Valley and Imperial Valley, but recorded widely as transient [9]. Birds breeding in the Great Basin migrate to the Imperial Valley [12].

Threatened by development of the floodplains [6].