Ward's weed is a new invasive weed species identified in parts of San Diego County, including Camp Pendleton, Carlsbad, Rancho La Costa, Del Mar, and Otay. This multi-jurisdiction control effort aims to eradicate the current San Diego infestations, which are also the only known infestations in North America. All efforts are towards stopping the spread beyond the known infestations and eradicating the known populations. Similar to the tumbleweed or Sahara mustard, which have spread throughout the western U.S., Ward’s weed can do the same if not eliminated. In Australia, it was determined that a single introduction of Ward's weed in 1915 eventually spread throughout the continent. Ward’s weed is a small compact plant in the mustard family that almost looks like a tiny tumbleweed. It is easy to identify by its small yellow flowers with four petals and unique beaked seed pod. Ward’s weed can grow as a thick mat that chokes out all other surrounding plant species. Due to the extremely high seed count of up to 30,000 seeds per plant per year, this species can spread quickly and also presents a fire hazard in our open spaces and canyons. County AWM crews, as part of implementing the Invasive Plant Strategic Plan, are treating the weed in parts of Rancho La Costa HCA and at Del Mar Crest Reserve. City of San Diego Crews are treating the infestation at Robinhood Ridge in Otay. The Center for Natural Lands Management has and continues to treat the weed in portions of Carlsbad. A multi-organization (City of Carlsbad, Center for Natural Lands Management, County AWM, San Diego Habitats Conservancy, San Elijo Lagoon Conservancy, and San Diego Management and Monitoring Program) effort is underway for Carlsbad's Bressi Ranch where the largest infestation of Ward's weed exists. Ward's weed is currently listed as Management Level 2 in the 2012 Invasive Plant Strategic Plan meaning that eradication is possible at a regional level. This is regionally a high priority species. 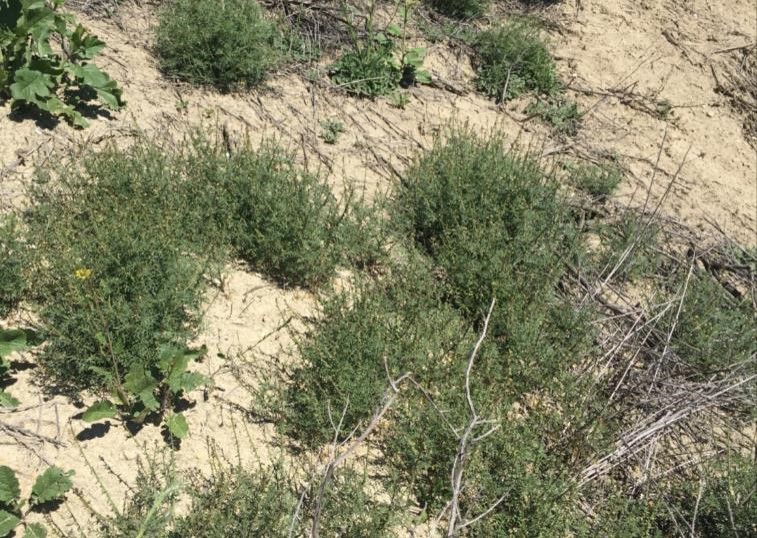 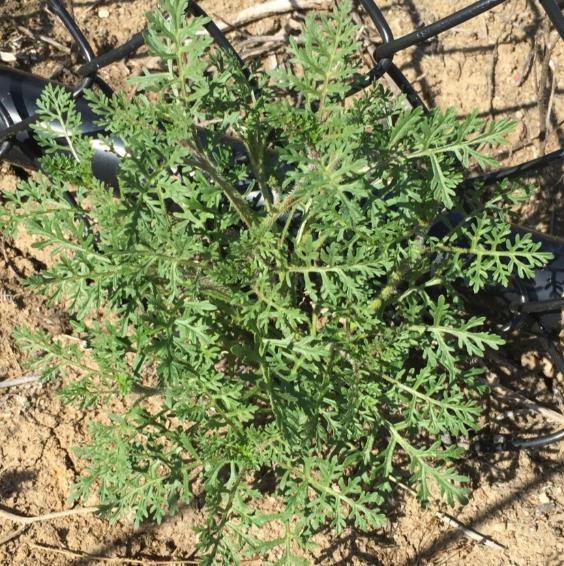 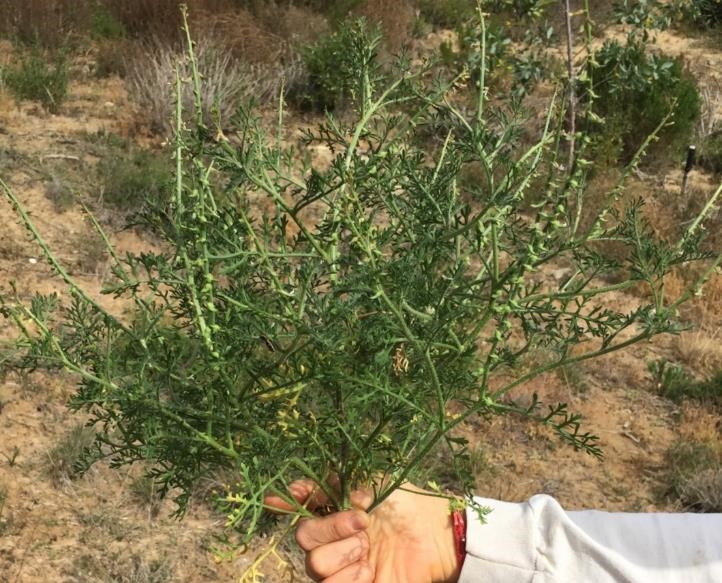