This study builds on the previous 2-year study on Hermes Copper. In 2012 the project shifted to resolving critical uncertainties about the species biology, while also evaluating population size trends at several large. The focus for 2014-2015 remained on resolving these uncertainties, primarily regarding immature stages. 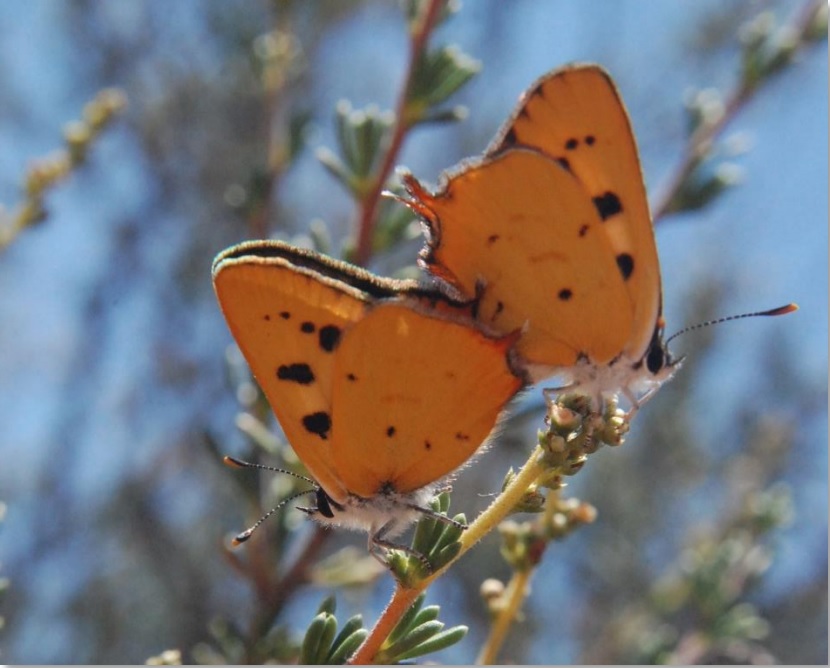 Description: We monitored four sentinel sites during the 2013-2015 flight seasons with the goal of recording the maximum number of Hermes copper adults present on a single day at each site (maximum count). We monitored daily adult numbers (predominately males) at sentinel sites to obtain an indication of relative population size at discrete spiny redberry patches. Survey intensity was low during the start of the flight season (1-2 times per week), more frequent when adults were most abundant (2-3 times per week), and stopped surveying as soon as adult numbers declined. This strategy provided an efficient and cost-effective way to obtain annual maximum counts for each site. We regularly monitored previously located eggs without emergence holes to track development of the immature Hermes copper stages. Surveys started earlier in the season compared to past years because larvae had emerged prior to mid-April in 2012. Hermes copper eggs obtained from three captive females during the 2012 flight season