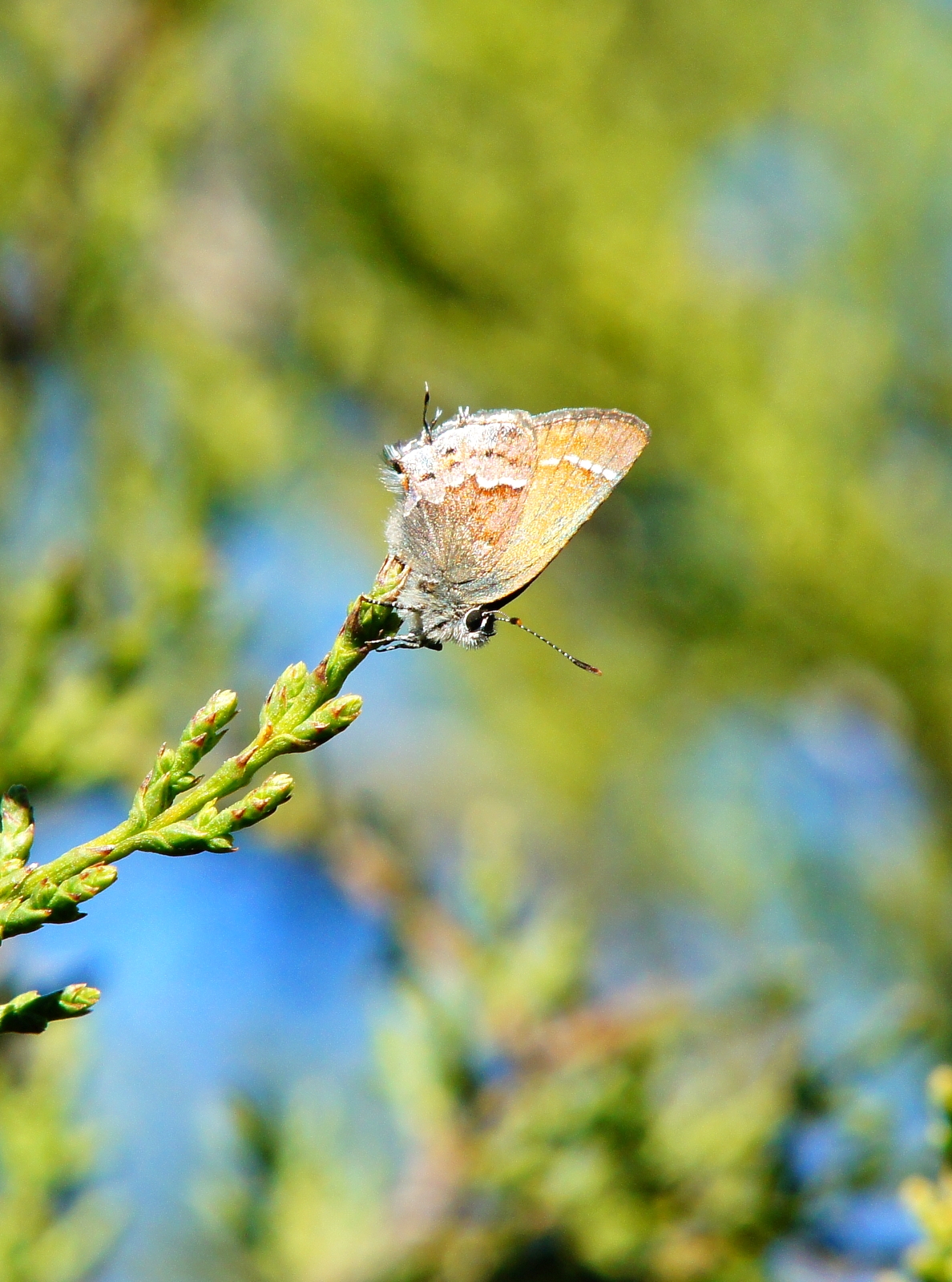 Endemic to San Diego County and occurs exclusively in the vicinity of Otay Mountain, confined to areas where Tecate cypress grows [1].

Within the MSPA, Thorne’s hairstreak is found in MU 3 [2].

Occurs in chaparral ecosystems in southern California and northern Baja California. Dependent on its larval host plant, Tecate cypress (Hesperocyparis forbesii), a closed-coned conifer that occurs on mesic slopes and drainages in chaparral [3]. Tecate Cypress is also an imperiled species [4].

A small butterfly of the family Lycaenidae (Gossamer-wings) and subfamily Theclinae (hairstreaks) [3]. The taxonomic placement of Thorne’s hairstreak has been a topic of debate between species experts for several years. Recently, the taxonomy has changed from Mitoura thornei to Callophrys thornei [5].

Bivoltine (producing two broods per season); first generation emergence in late February through March and possibly early April, depending on winter rainfall [6]. The second generation emerges in late May to early June. The species overwinters in the pupa stage within leaf-litter under trees.

Dispersal behavior is not well known. The species’ small range on Otay Mountain suggests significant limits in dispersal [3]. On Otay Mountain it is confined to places where the larval foodplant, Tecate cypress grows. Although a significant stand of Tecate cypress occurs to the north in Coal Canyon, Orange County, California, and small populations are found to the south in northwestern Baja California, Mexico, Thorne's Hairstreak has not been documented to occur in those localities [7].

In 2003 and 2007, wildfires swept through Otay Mountain impacting both Tecate cypress and butterfly [6]. Cypress experts began to analyze the effects of these large scale fires and gathered to discuss at a symposium in June 2010. The overall conclusion was that even with continuous fires, Tecate cypress will not likely become extirpated. Based on recent research Thorne’s recovery appears to be stable [6].