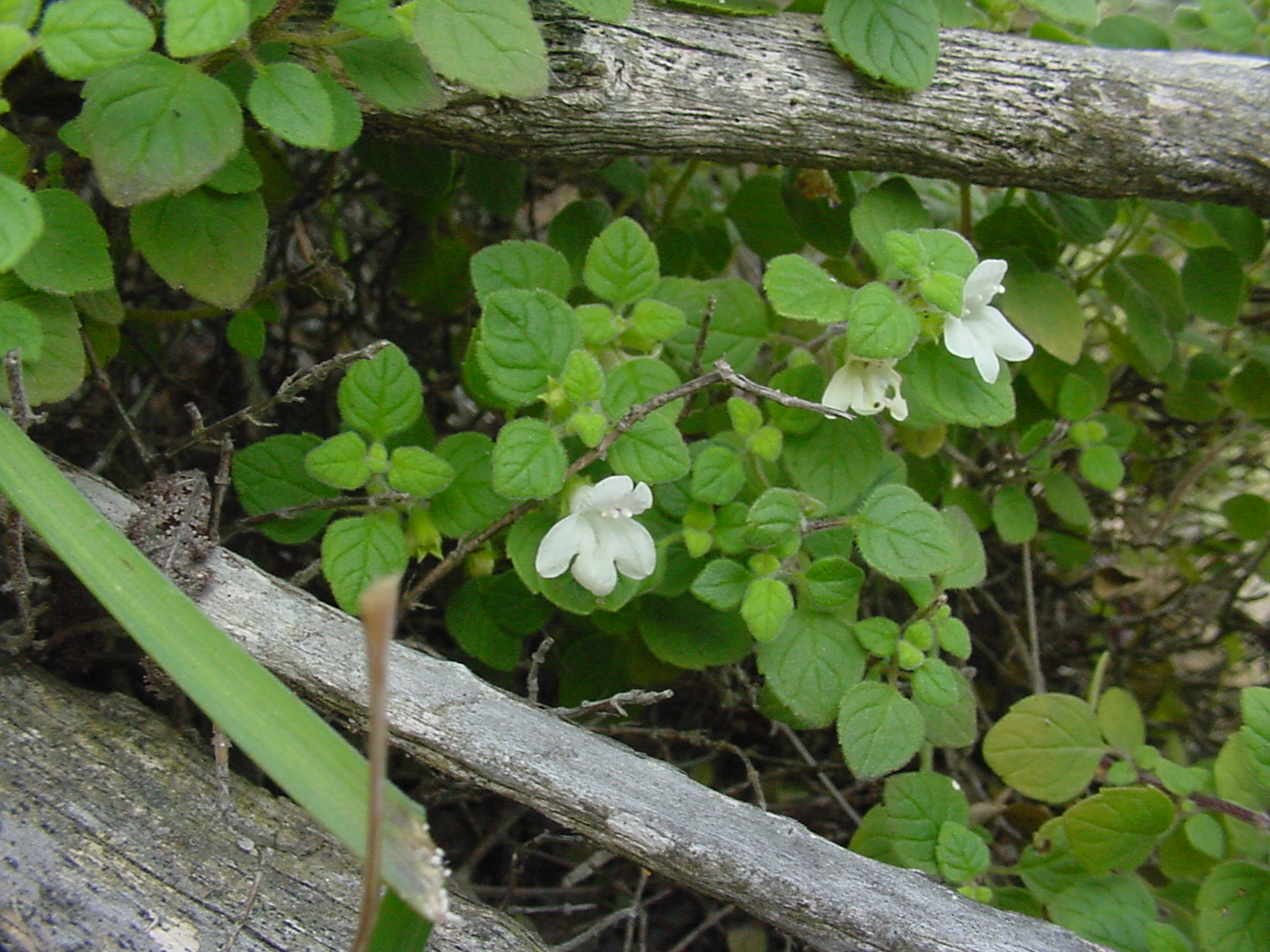 Very rare shrub in San Diego County (one of Southern California's rarest shrubs).Found on San Miguel Mountain, north of San Vicente Reservoir, and north of Padre Barona Creek with historic sightings from other areas [1]. Within MSPA, there are three occurrences on Conserved Lands [4]. In MU3, there are occurrences at Mount Miguel and in the Jamul Mountains while MU4 has a small occurrence at Boulder Oaks Preserve.

Newly classified in the genus Clinopodium within the Lamiaceae family [5]. Previously placed in the genus Satureja, however molecular DNA evidence demonstrated this genus was not part of a monophyletic grouping.

Perennial shrub is branched and upper parts are pubescent (hairs short, white). Ranges in height from 2 to 5 dm [6].Flowers grow from the leaf axils in clusters of one to six and range in color from white to lavender. Two-lipped flowers are 4 to 7 mm long. Nutlets are shiny and dark brown, and 1.5 mm in diameter [7].

Flowers from March through July [2,6].

No information on pollinators or seed dispersal.