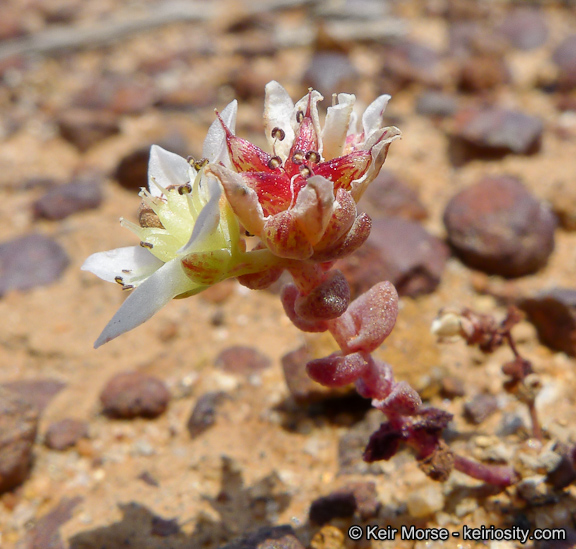 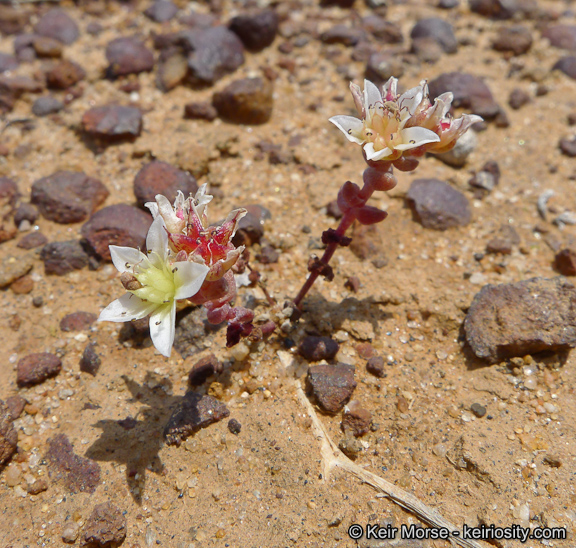 Endemic to San Diego County occurring only along the coast between Del Mar and La Jolla [1].

There are five occurrences of this species, including an occurrence in MU 6 at Carmel Mountain Preserve and four occurrences in MU 7 at Crest Canyon, Skeleton Canyon, Torrey Pines State Reserve, and Torrey Pines Extension [2].

Occurs on sandstone bluffs and in sandy openings in chamise chaparral on Carlsbad gravelly loam soils in association with small iron concretions [1,3]. It is often in areas with native annual forbs and while not a wetland species it occurs in areas where soils remain saturated for a relatively long period after rain [4].

in the family Crassulaceae.

Pollinated by insects [6]. Seeds are thought to be self-dispersed.

Special considerations: Very small and can be difficult to detect when not flowering [5].