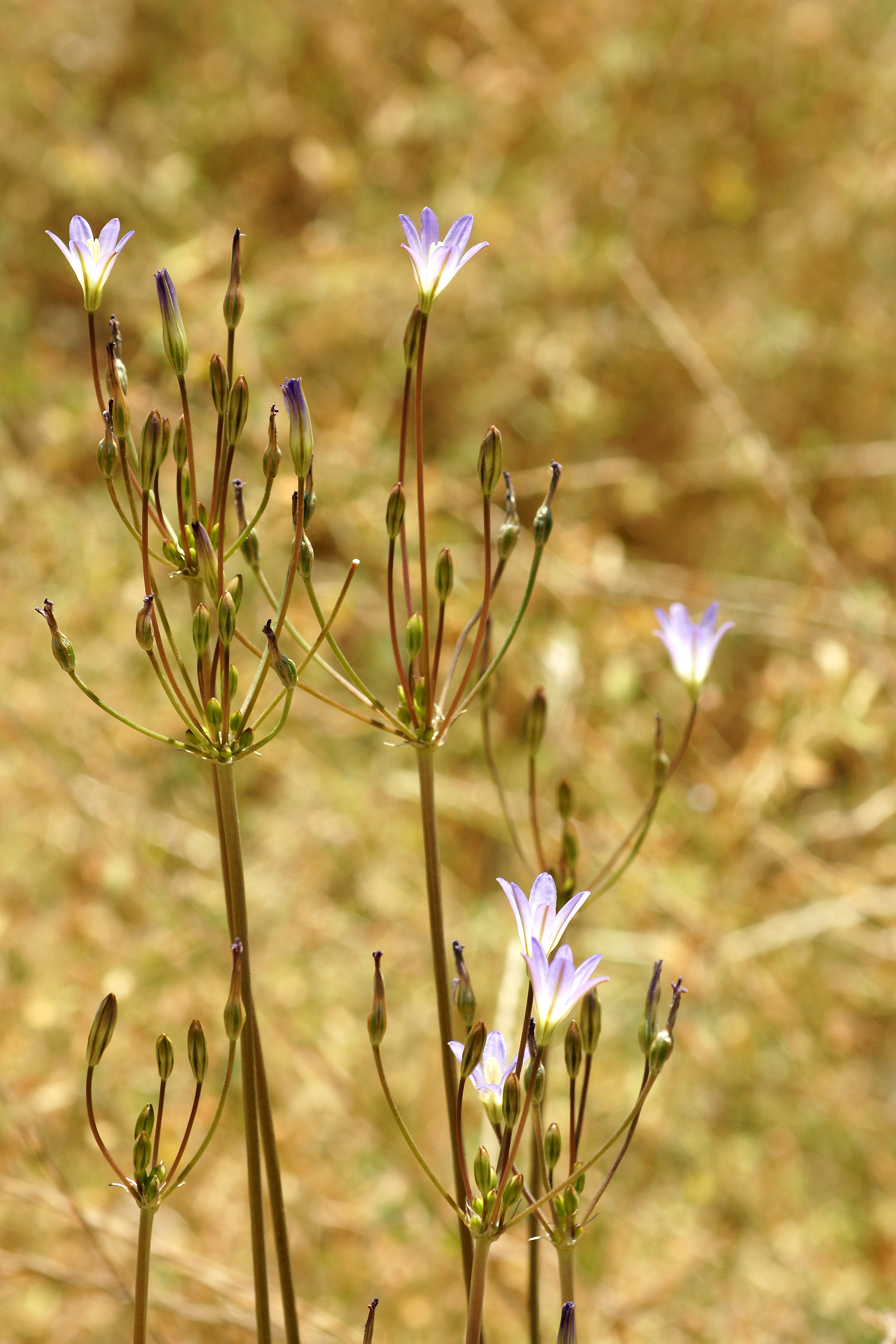 Preferred habitat consists of vernally moist grasslands, mima mound topography, and the periphery of vernal pools [1]. Occasionally found in grasslands near streams [1,2]. B. orcuttii reported on soils of old terraces and alluvial fans which are characterized by gravelly with or without a hardpan [6]. On Otay Mesa, soils include Stockpen gravelly loam; at Mira Mesa, Redding gravelly loam [1]. At vernal pool locations usually grows in swales leading into more developed pools and on the lower flanks of small mima mounds [1].

Brodiaea previously assigned to other plant families (Liliaceae, Alliaceae, Amaryllidaceae; [7]), currently Family Themidaceae [1,8]. Phylogenetic analysis supports monophyletic Family Themidaceae [9]. One of ~18 species of the Brodiaea, a genus mostly endemic to California, with several undescribed taxa and hybrids under study [2]. Hybridizes with thread-leaved brodiaea (Brodiaea filifolia ; [3]). Non-native honeybees, which tend to be species-generalist, may have increased the potential for hybridization (references in USFWS 1998). B. orcutti has many similarities with B. filifolia but has different stamen characters so is not derived from B. filifolia [6].

Brodiaea are perennials arising from underground corms (fleshy, contracted stems) each growing season [6,7]. Corms act like true bulbs by storing nutrients and water through the dormant season. Dormancy begins in early summer when the corm has become an enlarged organ filled with starch; the starch allows the plant to being rapid growth in fall when dormancy is broken [6]. The corms begin growing after the first significant fall rains; the roots elongate rapidly; the leaves also begin to elongate and continue to do so slowly throughout the winter. The new corm of mature plants often produces 2-15 smaller cormlets adjacent to it. Brodiaea grown from seed require 2-3 years or more before flowering occurs. An experimental burn conducted in 1986 in vernal pools at Miramar Naval Air Station showed that this species increased in burned pools compared to control sites [11].

Bell-shaped flowers are typically violet in color; blooming period April-July [9]. The members of Brodiaea can be thought of as early summer bloomers with the flowering period generally lasting 2-3 weeks [6].

Brodiaea are self-incompatible (i.e., only pollination between individuals produces seed [6]. Lepidoptera and Diptera are frequent insect visitors on Brodiaea (consume nectar and do not carry pollen), whereas Coleoptera and Hymenoptera were observed to be important pollinators (collect pollen for food; [6]). Small, narrowly egg-shaped capsules develop containing numerous tiny black seeds which are dispersed when wind rattles the capsules [7].

Generally, only surveys done during the blooming period or immediately following can determine the presence of this species [1].