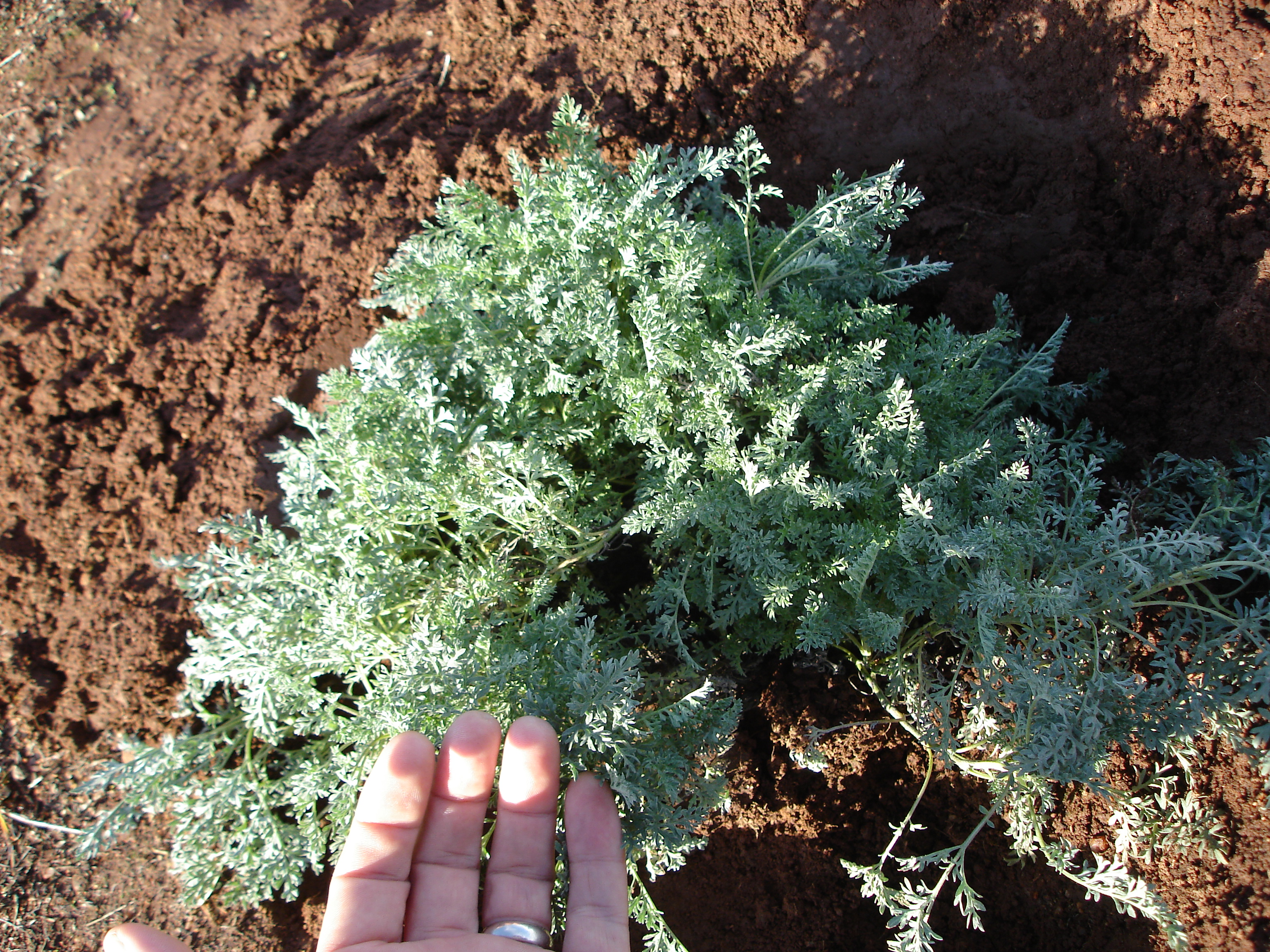 Occurs in open floodplain terraces in variety of ruderal associations or in openings in coastal sage scrub and chaparral [1,2,4]. In San Diego County most occurrences associated with sandy loam soils5. Disturbance, such as flood plain scouring, helps to keep openings that are colonized by this species [6].

Member of the Asteraceae. Species variability is common within Ambrosia genus because of the presence of polyploid races and dysploidy [7]. San Diego ambrosia gametic (haploid) chromosome number is 72, in its vegetative stage it is an octoploid with 144 chromosomes. Recent genetic study [8] found Mission Trails Regional Park, San Diego National Wildlife Refuge, and Skunk Hollow (Riverside Co.) occurrences were genetically distinct with 31 different genotypes. No spatial genetic structure at short distances and different clones occupy the same plots. However, at larger distances there is spatial structure with different genotypes and no overlap. This indicates that clones have a limited spatial distribution and that genetic diversity is maintained by some level of sexual reproduction. Patches within 480m of each other at San Diego National Wildlife Refuge did not appear to be interbreeding. The Mission Trails occurrence had low genetic variability that may be a result of a non-native invasive grass overstory limiting wind pollination.

Clonal, herbaceous, perennial plant species1. Reproduces mainly be vegetative resprouting from underground rhizomes [6]. MSCP populations do not appear to produce many seeds [9]. Presumed to be able to self-pollinate like other species of Ambrosia, however it remains to be determined if self-pollination produces viable seeds.

Amount of above ground biomass fluctuates annually and likely depends on seasonal conditions, such as amount and timing of rainfall [5]. Flowers usually present from June through September1.

Thought to be primarily wind pollinated, although the role of insects is not known9. Mode of seed dispersal is unknown, does not have specialized structures for dispersal by wind or animals. May disperse in flooding events.

Non-native plants are a significant threat to San Diego ambrosia [9,10]. Mowing and discing for fuel modification can impact populations, although mowing if done at the right time of year can help to reduce non-native plant cover. Trampling by humans, bikes, horses, and off-highway vehicles can damage plants. Fragmentation of occurrences can reduce wind pollination and result in smaller populations that are more vulnerable to loss of genetic diversity and environmental and demographic stochasticity. Altered hydrology may reduce flood scouring events that maintain open habitats colonized by San Diego ambrosia. Feral pigs were introduced into the upper San Diego River in 2006 [11] and could pose a threat if they move downstream.

Special considerations: Large occurrences are necessary to maintain genetic diversity [8]. Based on genetic results, it was estimated that at a minimum unique genets represent one order of magnitude less than the total number of stems growing in a population with the San Diego National Wildlife Refuge Par 4 occurrences estimated at 5,000 genets and the Mission Trails Regional Park at 1,000 genets. Because of the localized nature of genets, it is recommended that seed collection and removal of transplants for establishing new occurrences be done widely across a population to obtain the greatest number of different genets. However, caution is needed as potential differences in chromosome numbers could cause problems with reduced fitness and sterility if individuals from one population are transplanted with individuals from another population if there is chromosome incompatibility [12]. Work has been conducted to determine BMPs for controlling non-native plants with some success from Fusilade herbicide and hand weeding [13,14] although Vulpia myurus increased with Fusilade. Further testing of methods is needed and is ongoing at Mission Trails Regional Park [15]. There have been seven translocation projects but it is uncertain whether environmental conditions at translocation sites are suitable for sustained populations, so further research on viability of translocated populations is needed. [9]