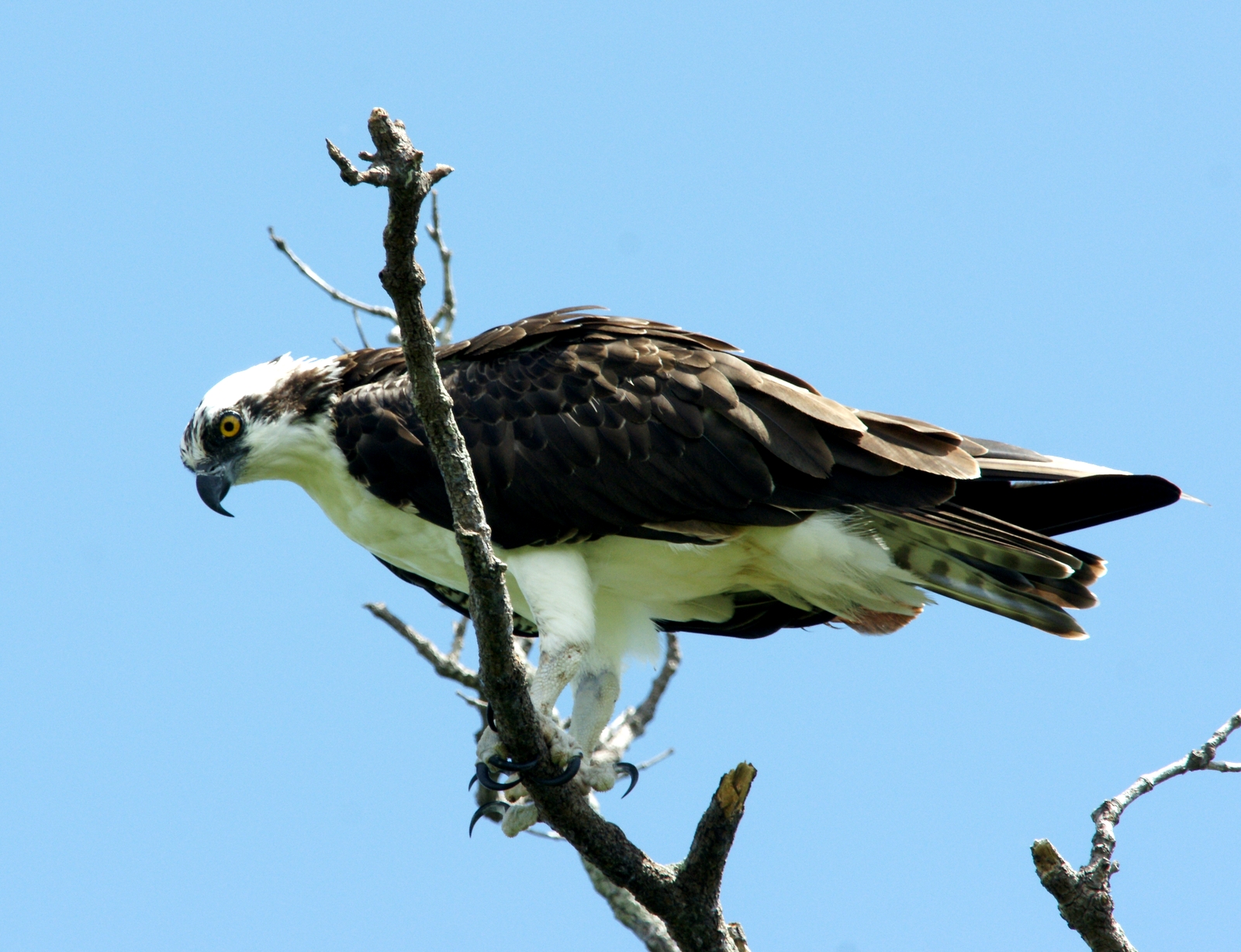 Worldwide distribution; In the United States breeding populations occur along the Pacific Coast, in the Western Interior, the Great Lakes, the Atlantic Coast , Alaska, Florida, and the Gulf Coast. Winters from southern North America south to Central America and South America [1]. Pacific Coast populations extend from Washington to southern California, including the Channel Islands.

Occurs in MUs 1, 2, 3, 4, 6, and 7 in the MSPA, with most known localities along the coast and in the coastal lowland [2]. Also found further inland at Lakes Cuyamaca, Barrett, and Moreno.

Exposed locations are needed for construction of their large nests. Often found on pillars of rock in the surf, on over-hanging ledges close above the water, and tops of older trees or artificial substrates that are located within 500 meters of open water [3]. Known to nest in a diversity of habitats as long as fishable waters are accessible [4].

Breeds March to September. Clutch size 1-4 eggs, usually 3. Colonial nesting is common. Young breed first at 3 yr. Pesticides caused reproductive failure in past, but reproductive success has increased since the banning of nondegradable organochlorine pesticides in the early 1970's [7, 8].

Home ranges vary with season and quality of habitat; during breeding season travels up to 8-10 km from nests to forage for fish, mainly near the coast [10].

Threatened by exposure to mercury and other contaminants in the food chain. Vulnerable to power line and pole electrocutions, direct mortality with wind turbines, collisions with vehicles, overfishing, and urbanization [11, 12, 13].

Populations in North America have stabilized or increased with the restriction or banning of certain pesticides. Use of poles that support electrical lines have posed risks of electrocution, power outages, and fires. Recommendations to modify these nest that occur on poles has been accomplished in many countries. Ospreys are surprisingly tolerant of human activity and nest in urban and suburban habitats. Habituation is imperative for this species and pairs that are not used to human activity may abandon nests if disturbance is sudden or for extended duration [14].