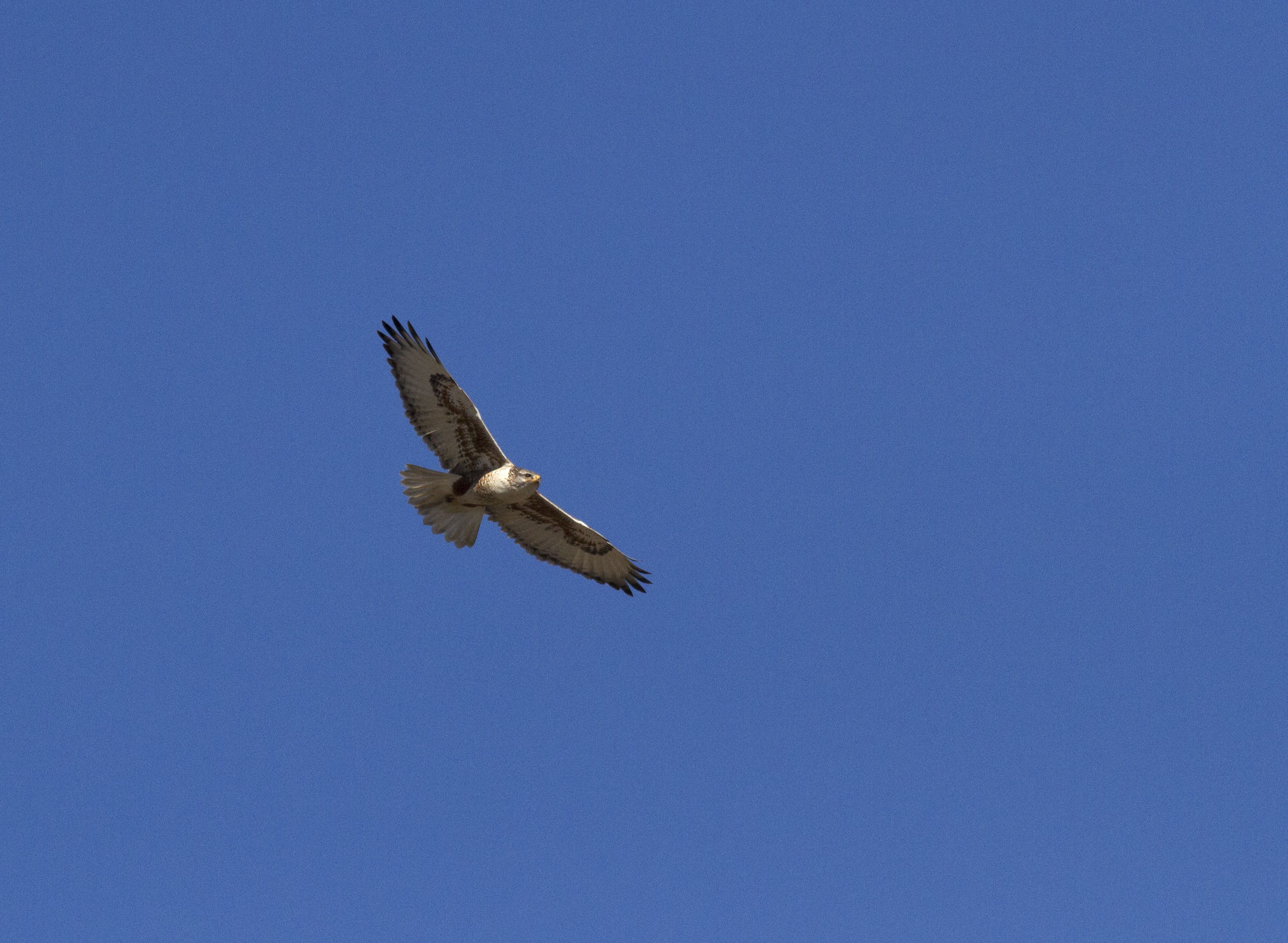 Ferruginous Hawks generally breed from the central regions of Canada along the country’s southern border to the western regions of the U.S., south to Arizona and New Mexico and east to the Dakotas, Nebraska, Kansas, Oklahoma, and Texas [1]. Wintering ranges include most of California, central and southwestern Colorado, southern Nevada, Arizona and New Mexico, southwestern Nebraska, western Kansas, Oklahoma, Texas, and down into Mexico [1].

Occurs in San Diego County from October to March. Distribution is patchy and corresponds to the larger tracts of grasslands [2]. During winter, populations have been documented in the east arm of Warner Valley, upper basin of Lake Cuyamaca, Ramon, Fallbrook weapons station, Borrego Valley, and the largest numbers were located at Lake Henshaw [2].

Ideal habitat is grassland and shrub-steppe habitat including pastures, hayland, and cropland [3]. Nests can be found in trees and large shrubs and on tops of buildings, man-made structures or platforms, and near the ground on river cliffs [4].

The Ferruginous hawk (Buteo regalis), has no recognized subspecies [4].

Year-long, diurnal activity [5]. Resident of California primarily during winter. Hawks from northern areas will migrate to California. They will relocate downslope and south from areas of heavy snow in autumn and return in spring.

Nesting begins in April in the northern U.S., and around March in the southern to mid-latitudes [2]. Generally prefer to build nests in elevated areas, but tend to nest the lowest of all the Buteos. Clutch size 2-4 eggs, but can range up to 8 depending on prey abundance. Hatchlings are altricial and very sensitive to hot climates. The female will leave the nest after 3 weeks, begin to hunt, and detach from the chicks gradually. Young typically fledge between 40 and 50 days after hatching, with males fledging slightly earlier than females [1].

Diet consists of mostly ground squirrels, pocket gophers, and white-tailed jack rabbits [3]. Also feed frequently on prairie dogs and other burrowing animals [5]. Ferruginous Hawks are patient hunters that often wait from perched elevated spots to launch directly at their prey or in front of rodent dens, waiting for the unsuspecting animals to emerge [6].

The breeding areas and winter prey of the Ferruginous hawk has greatly reduced due to human disturbances, such as the taking of suitable habitat in exchange for energy, agriculture, recreation, and development for humans [2].